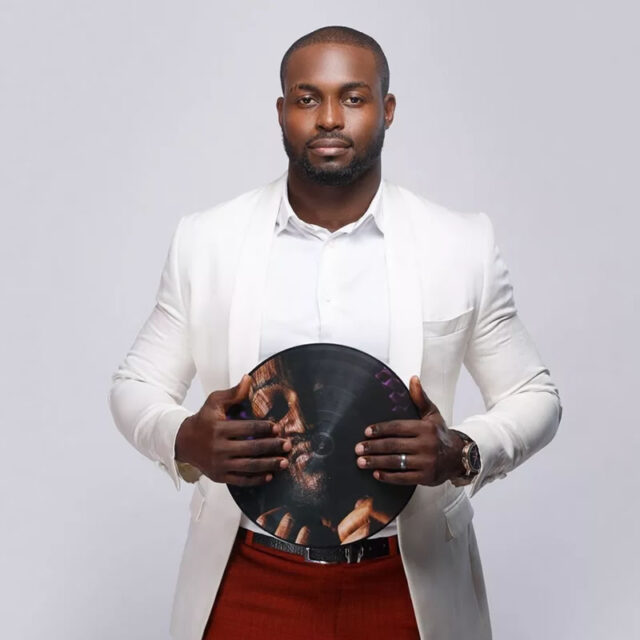 His versatility has gained him prominence in the music industry, and his collaborations with famous singers always come as hits.

He is known for the music genre of Afro-Pop, hip hop, dance hall, and R&B.

DJ Neptune hails from Edo state South-south Nigeria but was born in Lagos State on September 25 with the full name Patrick Imohiosen.

He is the last born and only male child of a family of four.

He is a Christian that spent most of his days in the commercial city of Lagos.

His father, Mr. Imohiosen, had also wanted his only son, Patrick (DJ Neptune) to become an engineer in the future, but the Lagos-born was adamant because he had already found love in music which was why he gunned to become a DJ.

First was his primary, then secondary education, where he attained a mandatory West African Examination Council (WAEC) certificate and the Senior Secondary School Certificate (SSCE).

After that, he went on to study Mass Communication at the University of Lagos, located in Lagos State, Nigeria.

DJ Neptune developed an interest to become a Disc Jockey at the tender age of 10. He started by entertaining his friends and family.

He gained mentorship from an experienced DJ, Douglas, and became a professional DJ in 2001.
He became famous when he started working as the official DJ of popular radio station Ray Power 100.5 between 2004 and 2010.

He was later contracted by famous Nigerian rapper and singer, Naeto C to become his official DJ.
Soon enough, he thought about building his brand as a professional DJ and gaining popularity. This was when he started to produce mixtapes for free download on the internet.

The idea about promoting his brand worked, and a few months later, he released his first collaboration with Nigerian rapper, MI Abaga and Naeto C in the 123 remixes.

Some of his most downloaded and most streamed songs include; Wait featuring Kizz Daniel, Mia Mia featuring Mr Eazi, and C4 Pedro and Nobody featuring Joeboy and Mr Eazi.
He has performed and hosted several tours and shows in and outside Nigeria, such as;

DJ Neptune is one of the most recognized DJs in Africa. He has received several awards and nominations such as;

DJ Neptune is quite tall with a height of 5 feet 7 inches and weighs 63kg. He has black eyes and low-cut black hair. He is dark-skinned.

DJ Neptune is married to a beautiful woman named Ese Imohiosen. The duo hitched in late December 2012 at a top wedding with lots of celebrities in attendance.

The union is blessed with a beautiful daughter, Janelle.

DJ Neptune is one of the most influential and sort after Disc Jockey in Nigeria, with an estimated net worth of $1 million.

He gets paid for performance on stage and events, tours, music, and album sales.