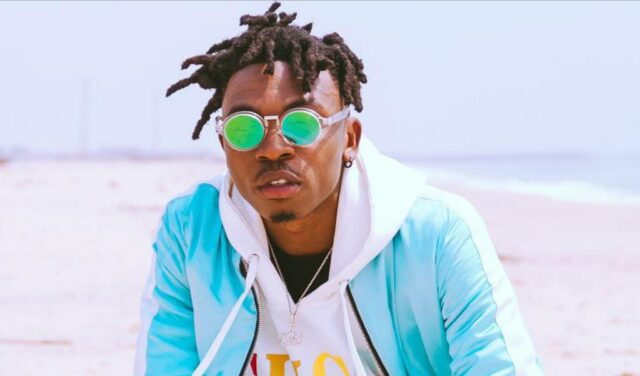 Mayowa Adewale (born March 23, 1994) is known in the entertainment industry by the stage name, Mayorkun.

He is an award-winning singer and songwriter with several hit singles to his credit.

He is signed to Davido Music Worldwide (DMW) record label. He came into the limelight after he dropped his debut single, Eleko, in 2016.

Mayorkun was born to the Adewales in 1994. He comes from an artistic family.

His mother, Toyin Adewale is a veteran Nollywood actress who starred in several Yoruba movies. While his father, Mr. Adewale is a movie producer and an artist.

Mayorkun is the first child of the family and has two siblings (brothers). His immediate younger brother is Ayo Freeman, who works as an A&R (Artists and Repertoire) personnel.

Though born in Osun State, he is a thoroughly bred Lagos Boy. His love for music made him join his Church’s choir. While he was developing his singing prowess, he also learned how to play the piano.

He got signed to the DMW label the same day he resigned from his banking job.

He is a graduate of the University of Lagos. He bagged a degree in Accounting from the institution.

Mayorkun who is a very skilled pianist did the cover of a popular song and posted the video it online. The video went viral and got Davido‘s attention. A few weeks later, Davido signed Mayorkun to his newly formed music label, DMW.

In 2016, Mayorkun drooped his debut single, Eleko, which gained popularity within days of its release. The song was so successful that it had over 1 million views on YouTube within ten days.

He followed this success with the hit singles, Sade, Yawa, Love You Tire, Mama, and Bobo.

He dropped his debut album, Mayor Of Lagos in November 2018. Prior to the release of the album, he had organized his first national tour tagged the Mayor Of Lagos Concert. He traveled to several cities in Nigeria and performed in over 35 higher institutions.

Mayorkun has also performed in many shows overseas. He and Davido performed together at the Wireless Festival.

In 2020, he dropped the hit singles, Geng and Of Lagos. The song trended for many months because they had become street anthems.

He collaborated with Davido on the latter’s third studio album. He was featured on the hit track, The Best.

As one of the leading artists in Nigeria, he has worked with big acts such as Mr Eazi, Yung John, Kizz Daniel, Joeboy, Yonda, Peruzzi, Dremo, T-Classic, The Flowolf, Ichaba amongst others.

In December 2020, he was nominated for the Artiste Of The Year category at the 14th Headies Awards.

Mayorkun is very popular on Instagram. He has over 4.5m followers.

The handsome artist, Mayorkun clocked 28 years old on the 23rd of March. He is a Christian.

He resides in an upscale apartment and neighborhood in Lekki, Lagos. He has a fleet of exotic cars.

He is currently single but it is expected that he will enter a serious relationship soon.

The multi-talented Nigerian musician, Mayorkun has amassed an estimated net worth of $1.2 million.