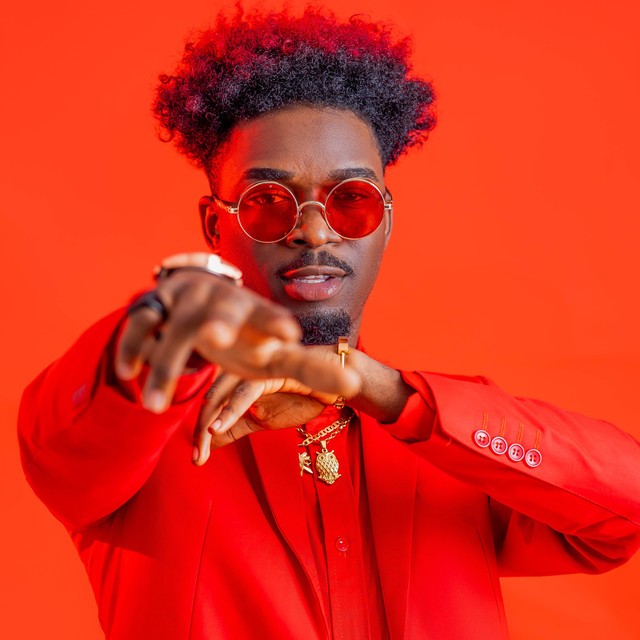 Folarinwale Elemide (born 19 October 1994) is known by the stage name, The Flowolf in the Nigerian entertainment industry.

He is a 28 years old fast-rising Nigerian Afrobeat singer and songwriter who is based in Lagos.

He is affiliated with the record label, Davido Music Worldwide (DMW) and 30 Billion Gang (30BG) where he got signed.

The Flowolf was born in 1994 to the illustrious family of Mr and Mrs Elemide in Lagos State.

He was raised in the city alongside his siblings.

From an early age, he had shown interest in music and joined his church choir as a teenager so as to build his voice and become a better singer.

While he was still a high school student, he and some friends formed a music group and they always performed at their school’s prize-giving day and other special occasions.

He bagged a degree from one of the top private universities in Nigeria.

The Pop and Afro-pop singer, The Flowolf joined the music industry professionally in 2015. He was signed by Ocho Records.

Since then, he has gone to release hit singles that topped many music charts in Nigeria and other African countries.

In 2017, he released the single, Desperado. While in 2018, he dropped another banger into the musical space titled Your Papa.

He came to the national limelight after he released the hit single, No Shaking, where he featured DMW acts Mayorkun and Dremo.

In 2020, he dropped the single Mafa Mafa where he featured Davido, Peruzzi and Dremo. The song went viral as soon as it was released and many people jumped on the Mafa Mafa Dancing Challenge.

He released another single in 2020 titled On A Jay. Dremo and Mayorkun was featured on the track. He also dropped the songs Bobo and FIFA in the latter part of 2020.

He is affiliated with DMW and the 30BG network. Some of the producers he has worked with include Ayo Freeman (Mayorkun’s brother) and Fresh VDM.

The Flowolf‘s songs can be found on major streaming platforms such as Apple Music, Spotify and iTunes store.

He is very active on Instagram where he posts videos and pictures regularly. The Flowolf account has been verified.

His official Instagram handle is @theflowolf. He has over 300k followers.

The handsome singer, The Flowolf is 28 years old. He has never been married. He hails from Southwest, Nigeria.

He comes from a Christian home. As an artist, he lives a very comfortable life and resides in his own apartment in Lagos Island. He also owns a car.

He is currently single, no girlfriend.