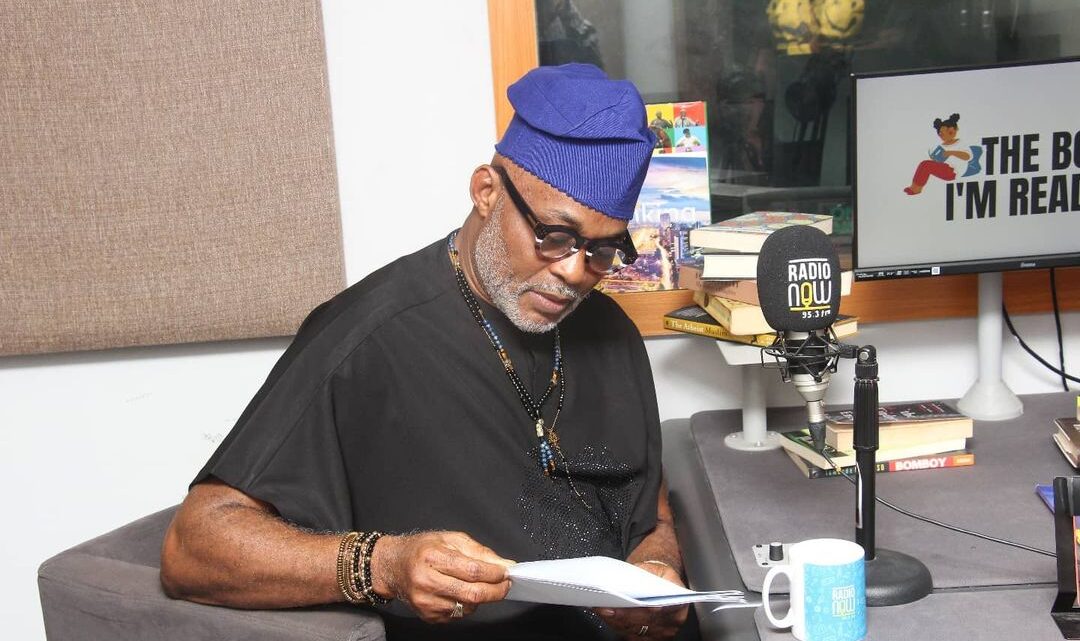 Richard Mofe-Damijo (born July 6, 1991), who is known in the entertainment industry by the initials, RMD, is a 60 years old Nigerian actor, screenwriter, producer, and lawyer.

Since he joined the Nigerian film industry (Nollywood), he has starred in several blockbuster movies, becoming a household name and one of the industry’s legends.

His great work as an actor was recognized in 2005 when he went home with the Best Actor In A Leading Role at the Africa Movie Academy Award.

Notable films Richard Mofe-Damijo (RMD) has starred in are King Of Boys: The Return Of The King, Love Is War, and The Wedding Party 1&2.

Richard Mofe Damijo (RMD) was born to the Damijo Family of Delta State on the 6th Of July 1961. He was given the name Richard Eyimofe Evans Mofe-Damijo by his parents. He hails from the Aladja community of the Udu Kingdom, which is close to the ancient city, Warri.

He attended a small village school for his primary school education. He did so well in his First School Leaving Certificate that he secured a spot in Midwest College, Warri. However, he didn’t complete his secondary school education at the institution and proceeded to Anglican Grammar School. At both schools, he was an active member of the Drama Society.

Richard Mofe-Damijo (RMD) had developed an interest in acting from an early age and aspired to become a professional actor. This was why after he graduated from high school, he applied to study Theatre Arts at the University Of Benin. He gained admission into the university and graduated after four years of study.

After leaving the university, he worked briefly as a reporter with Concord Newspapers and Metro Magazine.

Thereafter, Richard Mofe-Damijo (RMD) decided to join the Nollywood industry. He was cast in the TV series, Ripples, which was his first onscreen performance. After that, he wrote the script for the film, Out Of Bounds. He is also credited as the producer of the movie.

In the past three decades, he has starred in movies such as Hostages, Scores To Settle, Diamond Ring, Freedom, The Price, When God Says Yes, Private Sin, Passions, Love, The Mayors, Standing Alone, Critical Assignment, 30 Days In Atlanta, Dinner, The Wedding Party 1&2, 10 Days In Sun City, God Calling, Love Is War, Chief Daddy and King Of Boys: The Return Of The King.

Richard Mofe-Damijo (RMD) is a popular figure on social media. He has over 2.5 million followers on Instagram and over 84.1k followers.

Richard Mofe-Damijo (RMD) clocked 60 years old on the 6th Of July. He held a big birthday party attended by captains of industries, political bigwigs, and leading names in the entertainment industry.

Richard Mofe-Damijo (RMD) was previously married to Nigerian journalist/publisher May Ellen-Ezekiel (MEE). However, the marriage which produced two beautiful children didn’t last long before his wife passed away.

After her death, he tied the knot with TV personality, Jumobi Adegbesan. The marriage has produced two children.

Richard Mofe-Damijo (RMD) currently resides in Lagos State in an upscale duplex located in one of the posh estates of the city.

He also wears the hat of a politician. He was formerly the Commissioner Of Culture and Tourism of Delta State. He was first appointed by Special Adviser Of Tourism & Culture by Governor Emmanuel Uduaghan.

With being so much adored both on-screen and off-screen, Richard Mofe-Damijo (RMD) has an estimated net worth of $5 million – $10 million.