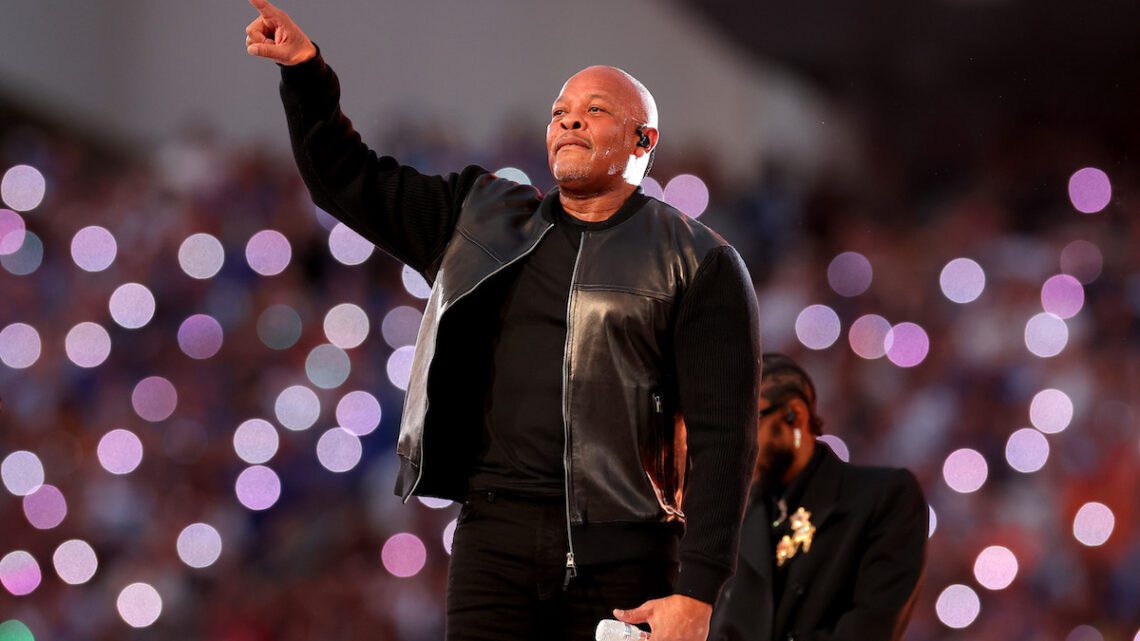 Andre Romelle Young (born February 18, 1965) is a global music icon and entrepreneur who is known by the stage name Dr. Dre.

He is an American rapper, songwriter, record producer, music executive, and business tycoon. He began his music career as a member of N.W.A, a gangsta rap group.

Dr. Dre is the founder and CEO of Aftermath Entertainment and Beat Electronics. He was the former president of Death Row Records, which he co-founded. He has contributed to artists’ career growth like Snoop Dogg, Eminem, and 50 Cent.

Dr. Dre was born on the 18th Of February 1965 in Compton, California. He was born to the family of Theodore Young (father) and Verna Young (mother). His parents named him Andre Romelle Young. He had been born a year after his parents married.

By the time Dr. Dre turned three, his parents had separated, and their divorce was finalized in 1972. He began living alone with his mother in 1968.  He is a brother to American rapper Warren G, including Jerome Crayon, Tyree Crayon, Shameka Crayon.

Growing up, he lived in different neighborhoods in California as the family often moved houses. He had resided in Carson, Compton, Long Beach, Watts, and South Central neighborhoods.

Dr. Dre was mostly raised by his maternal grandmother, who lived in the New Wilmington Arms housing project in Compton.

Dr. Dre‘s solo debut album, The Chronic, was released in 1992. The project was released under Death Row Records, which he co-owned with Suge Knight. The album helped to grow his popularity in the music world, and he was one of the best-selling artists of 1993.

Let Me Ride, and Nuthin but a G Thang are some of the album’s successful songs. The Chronic helped Dr. Dre clinch a Grammy Award for Best Rap Solo Performance.

Due to internal disagreement among the label’s executives, Dr. Dre left Death Row Records to establish another music label, Aftermath Entertainment, in 1996. He produced a compilation album titled Dr. Dre Presents the Aftermath that same year. In 1999, he released the solo album 2001. His third album, Compton, was released in August 2015.

Dr. Dre has helped many aspiring music acts grow into A-list artists as music entrepreneurs. Eminem and 50 Cent are two notable examples. He signed Eminem in 1998, while 50 Cent joined the Aftermath Entertainment family in 2002. He has collaborated with other artists such as Xzibit, The D.O.C, The Game, Kendrick Lamar, Nate Dogg, Mary J. Blige, King T, Kurupt, and Anderson .Paak.

He has won six Grammy Awards, including Producer Of The Year and Non-Classical categories. He is ranked 56 on Rolling Stone’s 100 Greatest Artist Of All Time.

Dr. Dre released his first brand of headphones, Beats By Dr. Dre, in July 2008. He has grown the brand over the years to a billion-dollar company. Apple purchased the Beats brand for US$3 billion in 2014.

He was in a long time serious relationship with Lisa Johnson. Their first daughter, La Tanya Danielle Young, was born in 1983. The couple also has two other daughters.

He decided to give marriage a shot and tied the knot with Nicole Threatt Young in 1996. Their union led to the birth of two children: a son named Truice Young (born in 1997) and a daughter named Truly Young (born in 2001).

The Aftermath Entertainment boss Dr. Dre is estimated to be worth US$800 million to US$830 million.