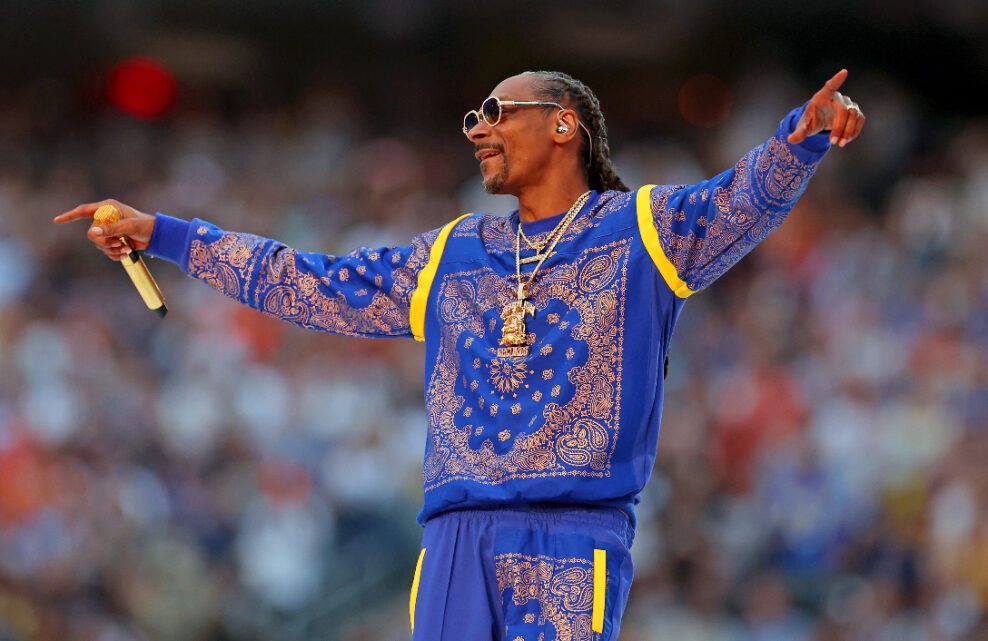 Calvin Cordozar Broadus Jr. (born October 20, 1971) is an American music icon who has grown into a leading brand since being featured on Dr. Dre‘s solo debut single, Deep Cover.

He is known professionally by the monikers, Snoop Dogg and Snoop Lion. He is a rapper, songwriter, actor, and entrepreneur.

Snoop Dogg has sold over 35 million albums worldwide and has received 17 Grammy nominations. He is the founder of Doggy Style Records and the owner of Death Row Records.

This is because three months after Snoop Dogg‘s birth, his father Vernell Varnado left the family and was absent throughout his life. Vernell Varnado was a Vietnam War Veteran, singer, and mail carrier. He was the second child and son of his mother. He has two brothers. Snoopy‘s nickname was due to his fondness for a character (with the same name) in the Cartoon, Peanuts.

His mother and stepfather, Cordozar Calvin Broadus Sr., divorced in 1975. Snoop Dogg had picked up an interest in music from a young age and started singing at the Golgotha Trinity Baptist Church. He also learned how to play the piano during his childhood.

Snoop Dogg studied at a public-owned elementary and high school in California.

He is an alumnus of Long Beach Polytechnic High School.

By 1994, Doggstyle was certified quadruple platinum by RIAA. This was made possible by the album’s many hit singles, such as, What’s My Name? and Gin & Juice. He released a soundtrack for the short film, Murder Was The Case in 1994. Snoop Dogg was also cast in the film.

Encouraged by the success of his debut full-length project, Snoop Dogg began work on a second album. His sophomore album, The Doggfather, was released in 1996. This project also did well in the music market and climbed to number one spots on Billboard 200 and Billboard Top R&B/ Hip Hop Albums.

He left Death Row Records in 1998 and signed a record deal with No Limit Records. He released three albums under the record label. They are Da Game Is to Be Sold, Not to Be Told (1998), No Limit Top Dogg (1999), and Tha Last Meal (2000). After that, he signed a record deal with Priority/Capitol/EMI Records. He released his sixth studio album, Paid Tha Cost to Be da Boss, in 2002. The record label released his albums, Malice ‘n Wonderland in 2009 and Doggumentary in 2011.

By 2004, Snoop Dogg had joined the Geffen Records family and released three albums under the music imprint. The albums are R&G: The Masterpiece, Tha Blue Carpet Treatment, and Ego Trippin’. He released his first gospel album, Bible Of Love, after his conversion to Christianity in 2018. His 17th studio album, I Wanna Thank Me, was released to the thrill of fans in 2019.

In 2022, Snoop Dogg decided to go into music entrepreneurship and acquired the record label Death Row Records from MNRK Music Group. He released the album BODR under the label. EMI Records once hired him to serve as the Chairman of Priority Records.

On the 12th of June 1997, Snoop Dogg tied the knot with his high school girlfriend, Shante Broadus. After almost seven years of being married, the couple’s union was faced with challenges. Snoop Dogg filed for divorce in May 2004, and they got separated. However, in a twist of fate, the couple remarried in January 2008.

He is one of the biggest rappers in the United States. Snoop Dogg has an estimated net worth of US$160 million.