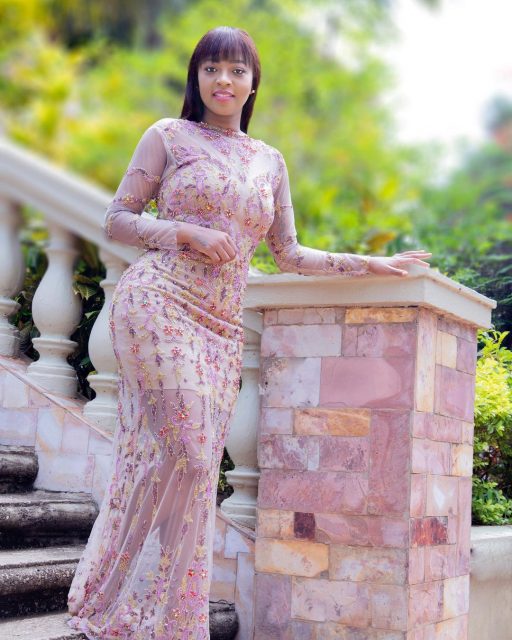 She is also one of the celebrities who found fame during 2013 Big Brother Africa 8th season, in which she represented her country, Tanzania.

Although she got evicted from the Big Brother Africa show, She still grew her interest in music.

Feza Kessy was born on the 24th of August 1988, which makes the Tanzanian artiste 32 years of age, she will be 33 on 24th of August, 2021. She originally comes from Tanzania, which is located in Africa.

She was not born in her country, rather her parent gave birth to her in Kenya’s popular city known as Nairobi city. It was there she was born and raised.

Feza Kessy comes from a family of 4 children. She happens to be her parent’s third child and she has has an elder brother as well as an elder sister, then her younger brother.

She has always praised and thanked her mother for being supportive and she also stated her mum was her role model.

Feza Kessy started her both her primary and secondary level education in Nairobi and Arusha.

After that she went back to her home country, Tanzania where she had her Diploma in Information Technology before moving to the United Kingdom for her Business Management Bachelor Degree.

Feza Kessy is an artiste, songwriter, model and an entrepreneur. The famous star started her career trailing the path of a model in her young age as a teenager.

She was crowned a beauty queen back in 2005, and was also crowned Miss Ilala, Miss Dar City Centre, and finally Tanzania’s Runner up at the tender age of 17.

She went ahead to make her country proud by partaking in the Big Brother Africa TV reality show, where she became the first lady who came close to making it to the final but got evicted unfortunately.

Year 2013, She released her first music single titled, Amani ya Moyo. She later went on to release a hit song titled, My Papa, which saw her rising to stardom.

Year 2015, she signed a deal with Panaq Music where she was asked to feature in Macky 2‘s track titled, Living My Life‘.

On the 12th of May, 2021, Nigeria veteran artiste, D’banj signed Feza Kessy into his record label known as DB Records. She has released her first single under DB Records titled, Bless Me. She is also D’banj‘s first female signee.

According to Feza Kessy, she is currently in a relationship with a caring man, which she has refused to showcase on her social media page.

Feza Kessy has a son, whom she named Jay.

Feza Kessy Tadei has an average height of 5ft 8 inches and a weight of 70Kg.

Being rated as one of the most wealthy and influencial artistes in Tanzania, Feza Kessy is estimated with a net worth of $200,000 dollars.