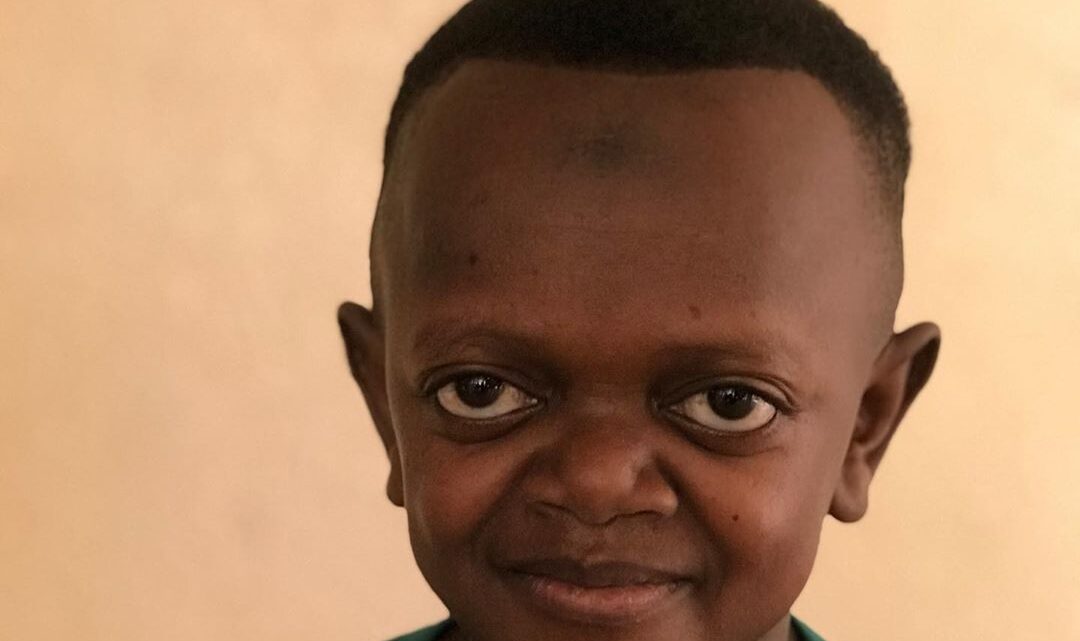 He is a social media personality who goes by the stage name, Grand M.

The young man rose to stardom after his funny memes went viral on social media.

Grand M is from Mali, West Africa. He was born on December 15 at the start of the millennium, in the year 2000. He comes from the household of Natoume.

Though his parents are low-income earners, they ensured Mohamed and his siblings were given a good life.

He was raised in Bamako, the capital city of Mali. He has a small stature. He is a pygmy.

As a young boy, it was Grand M‘s dream to become a professional footballer. He loved football a lot and always spent his free time playing the sport.

Due to his short height and small body weight, he was often made fun of as a kid. This mockery didn’t stop even as a teenager.

Nevertheless, he chose not to let all these experiences diminish his self-esteem and looked on the bright side of his situation.

He started making funny faces which always made those around him burst into laughter. People started snapping his pictures and turning them into memes.

In a short time, his memes went viral on the social media app, WhatsApp as thousands of people across the world started using them.

Taking his career forward, he started dropping funny videos on Instagram which also went viral and many people started following him so as to have a good laugh. One peculiar thing about his videos that makes people laugh is the way he rolls his eyes.

His contents are unique and he has grown into the biggest social media comedian in Mali and one of the biggest in Africa.

According to Mohamed, he chose the stage name Grand M in honor of his favorite football star, Lionel Messi.

Besides comedy, Grand M is also a singer and has released a couple of singles. His most popular song is titled, Messi. The comedian has great admiration for popular Latino musician J Balvin.

Grand M is active on Instagram and posts funny videos and pictures of himself every week.

The 22-year-old, Grand M is from the Dogan Ethnic group in Mali. He is a Muslim. One of the people he looks up to as a memester is Nigerian actor PawPaw (Osita Iheme).

During his birthday, one of his female fans, an European, baked three cakes with his pictures branded on the top. Another female fan tattooed his face on her arm.

The comic star isn’t in a serious relationship at the moment.