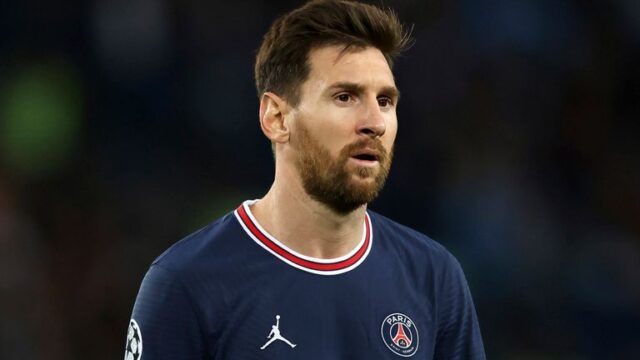 Often regarded as one of the best players in the world, he is also known as Leo Messi.

He is the captain of the Argentina National Team. He used to play with La Liga club, Barcelona FC, where he spent most of his professional career.

He just left the club in 2021. He currently holds a record of Six Balloon d’Or awards and six European Golden Shoes.

While he was at Barcelona, he helped the club win 35 trophies, including 10 La Liga trophies, 7 Copa del Rey titles and 4 UEFA Champions League.

Lionel Messi has scored over 750 senior career goals for club and country, is credited for holding the record of most goals by a player for a single club.

Lionel Messi was born in Rosario, Santa Fe, to Mr Jorge Messi and Mrs Celia Cuccittini. He was born on the 24th Of June 1987. He is the third child of the family and has three siblings.

Growing up, his father, Jorge Messi, used to work as a steel factory manager while his mother, Celia María Cuccittini worked in a magnet manufacturing workshop. Although he is an Argentinean by birth, he has Italian and Spanish roots from his father and mother side.

Lionel Messi comes from a football-loving family, so he developed a love for the sport from an early age. He joined a local club, Grandoli, at the age of four. He was coached by his father during the two years he played at the coach.

When he turned six, he joined the Newell’s Old Boys club and played at the club for six years. He was a member of the club’s youth side, scoring almost 500 goals for the team.

At the age of ten, Lionel Messi was diagnosed with Growth Hormonal Deficiency by doctors in Argentina. Unfortunately, his parents didn’t have enough money to pay for his treatment, so they sought a club that would sign him and help with the payment.

His father, Jorge Messi, finally made headway when Spanish club, Barcelona showed interest in signing him. So, he joined the club in 2001 and relocated with his family to Barcelona. The club rented an apartment for the family close to the club’s stadium in Camp Nou.

Lionel Messi spent a year at Barcelona’s Youth Academy, La Masia, before enrolling in the Royal Spanish Football Federation (RFEF). This happened in February 2002. Thus, he was thirteen when he joined Barcelona.

However, he debuted for the Barcelona first team at the age of seventeen on the 14th Of October 2004. Within three years, he had grown into a formidable player of the club and was regarded as one of its best players. In the 2008-2009 season, he helped the club to win three trophies. At the young age of 22, he won his first Ballon d’Or. The next three seasons were also successful for Lionel Messi, who has won three more Ballon d’Or. Thus, he set the record of being the first player to win four Ballon d’Ors and do it in a row.

He set the La Liga and European record of most goals scored in a single season during the 2011-2012 season. He has also achieved the honour of being Barcelona’s highest top scorer. After a two-year hiatus where lost the Ballon d’Or to rival, Cristiano Ronaldo, Lionel Messi won the award for the fifth time in 2015. At the end of 2014-2015, he had set the record of all-time goalscorer in the La Liga league. He replicated the feat in Barcelona too. He became the club’s captain in 2018, and the following year he won his sixth Ballon d’Or.

Over the years, Lionel Messi has grown into Argentina’s most valuable player. He holds the record of highest appearance-maker and all-time leading goalscorer for the team. In 2005, he played an active role in helping the youth team of Argentina to win the FIFA World Youth Championship.
At the end of the tournament, he was awarded the Golden Shoe and Golden Ball. In addition, he won a Gold medal at the 2008 Summer Olympics held in Beijing, China.

He initially wanted to retire from international games in 2016 but reversed his decision and helped his country secure qualification for the 2018 FIFA World Cup. He also helped the team win bronze at the 2019 Copa América and gold at the 2021 Copa América. He went home with the Golden Ball and Golden Boot prizes at the end of the tournament.

Since 2006, Lionel Messi has been a brand ambassador for the sportswear company, Adidas. He also has a long-term endorsement deal with Dolce & Gabanna, Audemars Piguet, Pepsi, Konami and Gilette. He held the title of the highest-paid footballer for five years between 2009-2013. In 2020, he was named to the Ballon d’Or Dream Team.

Lionel Messi moved to Paris Saint-Germain (PSG) in 2021 after Barcelona was unable to pay his fees. During his time in La Liga, he scored 474 goals. He also holds the record of most hat-tricks in La Liga (36).

Lionel Messi is considered an idol in football due to his excellent scoring and dribbling ability. Thus, he has millions of fans worldwide, and these fans follow him actively on social media.

He has over 274 million fans on his verified Instagram page.

Lionel Messi is very close with his family members, and they are a part of his management team. His father, Jorge Messi, has been his agent since he was thirteen. While his oldest brother, Rodrigo Messi, is in charge of his daily schedule and publicity. His mother and brother, Matías Messi, oversee his NGO, the Leo Messi Foundation. They also help him to take care of personal and professional matters in Rosario.

Lionel Messi is one of the highest-paid footballers in the world. This has helped him amass a fortune over the years.
The Argentinian has invested part of his earnings into different companies in South America.

Lionel Messi‘s net worth is estimated to be worth US$1-US$4 billion.