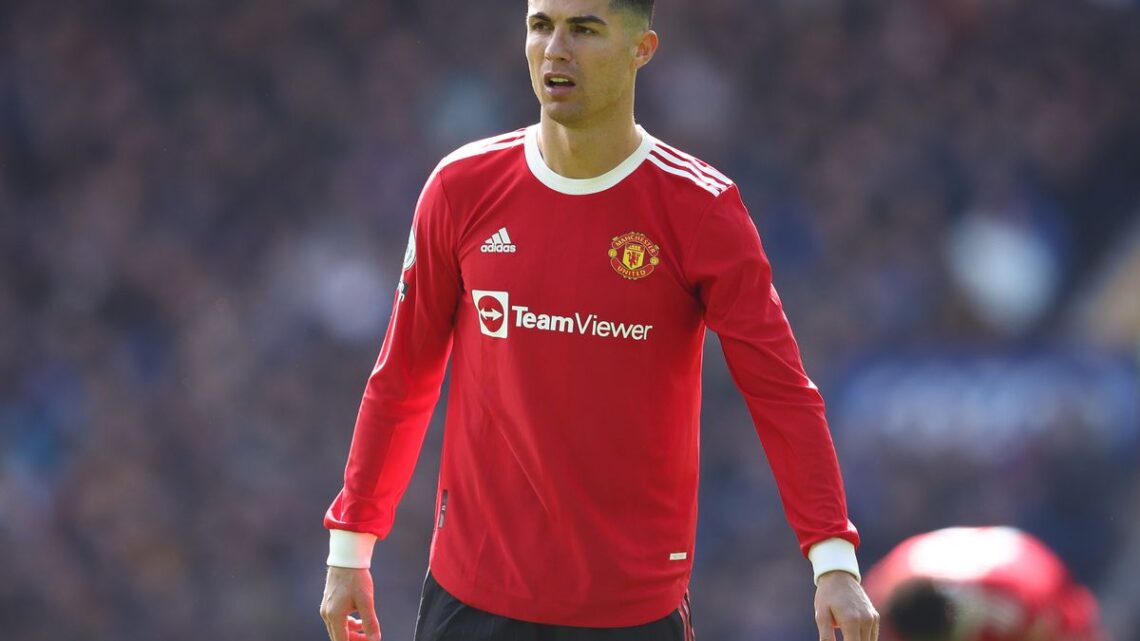 Cristiano Ronaldo dos Santos Aveiro GOIH ComM (born 5 February 1985), sometimes addressed as CR7, is a Portuguese footballer who is widely regarded as one of the greatest players in history. His accomplishments over the last decade have only added to that reputation among football fans.

Cristiano Ronaldo was born and raised in Madeira, Portugal. Still, after graduating from Sporting CP’s junior system, he was quickly signed by Manchester United after their legendary manager Sir Alex Ferguson saw his winger ability. Cristiano Ronaldo spent six years with Manchester United, honing his skills as a talented, quick, and lethal winger capable of scoring goals and setting up teammates.

He won multiple trophies with Manchester United and represented Portugal before becoming the world’s most expensive player. He has set some of Real Madrid’s most impressive goal-scoring records while leading the team to crucial trophies. Cristiano Ronaldo is also the captain of the Portuguese national team, which won Euro 2016 for the first time.

He has also received numerous individual awards, underlining his status as one of the world’s top footballers. Cristiano Ronaldo has over 415 million Instagram followers, making him the most followed individual on the platform.

Cristiano Ronaldo is a Portuguese football (soccer) forward who was one of the best players of his generation. His full name is Cristiano Ronaldo dos Santos Aveiro. He was born in Funchal, Madeira, Portugal, on February 5, 1985.

Cristiano Ronaldo‘s father, José Dinis Aveiro, was the equipment manager for the local team Andorinha. The name Ronaldo was added to Cristiano‘s name to commemorate his father’s favorite movie actor, Ronald Reagan, who was the US president when Cristiano was born. His mother’s name is Dolores Aveiro.

At the age of 15, Cristiano Ronaldo was diagnosed with a cardiac condition that required surgery, but he was only out for a brief time before fully recovering. He started his career at Clube Desportivo Nacional de Madeira before going to Sporting Clube de Portugal (now Sporting Lisbon).

At 6 feet 1 inch (1.85 meters), Cristiano Ronaldo was a powerful athlete on the field. He progressed from a right-winger to a free-reined attacking forward. He could captivate opponents and create enough room for holes in opposing defenses with a subtle touch.

After a successful season with Sporting, Cristiano Ronaldo joined Manchester United in 2003, attracting the interest of Europe’s top clubs. He became an instant phenomenon and quickly established himself as one of the game’s top strikers.

In 2007–08, he had his best season with United, scoring 42 league and cup goals and winning the Golden Shoe award as Europe’s top scorer with 31 league goals. Cristiano Ronaldo was named Fédération Internationale de Football Association (FIFA) World Player of the Year after his outstanding 2007–08 season, which included helping United win the Champions League.

He also led United to the 2009 Champions League final, when FC Barcelona defeated them.

Cristiano Ronaldo was quickly transferred to Real Madrid in Spain, a club he had long been linked with, for a then-record £80 million (about US$131 million) transfer price. With his new squad, he continued his scoring prowess, netting the most goals (40) in La Liga history during the 2010–11 season (his record was broken the following season by his rival Lionel Messi of Barcelona).

In 2014, he scored 52 goals in 43 games while leading Real Madrid to the Champions League triumph, earning him yet another Ballon d’Or honor. He led La Liga in scoring 48 goals in 2014–15.

In October 2015, Cristiano Ronaldo scored his 324th goal for Real, making him the club’s all-time greatest scorer. From 2015 to 2016, he scored 35 La Liga goals and helped Real win a record 11th Champions League title, and he was awarded his fourth Ballon d’Or in his career in December 2016. In 2016–17, Cristiano Ronaldo scored 42 goals for Real in all competitions and led his club to La Liga and Champions League crowns, earning him his fifth Ballon d’Or honor.

In 2017–18, he scored 44 goals in 44 appearances to help Real win the Champions League for the third consecutive season. In July 2018, he signed a four-year contract with Juventus worth €112 million (about US$132 million). He scored 311 goals in 292 games throughout his Real Madrid career.

In his first season with Juventus, he scored 28 goals, his lowest domestic goal total since his last season with Manchester United, as Juventus won their eighth consecutive Italian league title.

Cristiano Ronaldo made his first appearance for Portugal’s complete national team against Kazakhstan in August 2003, having progressed through the youth and under-21 categories on home soil (four days after his debut for United). He was a vital figure in Portugal’s fourth-place result at the 2006 World Cup, and in 2008, he was appointed full-time captain of the national squad.

In 2012, his outstanding performance helped Portugal go to the European Championship semifinals, where Spain defeated them in a penalty kick shootout. Cristiano Ronaldo entered the 2014 World Cup fresh off his second world player of the year award. Still, his performance was inconsistent throughout the tournament, and Portugal’s entire team battled through a group-stage elimination.

He helped Portugal win the European Championship in 2016, the country’s first major international tournament championship, despite only playing a few minutes in the final due to a knee injury he got early in the game. Cristiano Ronaldo had a fantastic World Cup, scoring four goals in four games to help Portugal reach the final.

Cristiano Ronaldo of Portugal prepares to kick the ball against Hungary in a World Cup qualifying match on September 9, 2009.

Off the field, Cristiano Ronaldo was one of the most well-known athletes, and various studies of athlete popularity revealed that he was the most popular athlete in the world throughout his playing days.

Cristiano Ronaldo became the third person (after basketball superstars Michael Jordan and LeBron James) to acquire a “lifetime” contract from the sportswear firm Nike in November 2016. His extraordinary popularity made him one of the highest-paid endorsers in sports history.

In addition, he launched his own profitable “CR7” line of footwear, undergarments, and fragrances. In June 2017, Cristiano Ronaldo‘s enormous marketability was at the center of a legal dispute.

With 338 goals, Cristiano Ronaldo holds the record for most goals scored in Real Madrid’s history.

With 89 goals in the UEFA Champions League, Cristiano Ronaldo holds the record for the most goals scored in the competition.

He became the father of twins Eva Maria Dos Santos and Mateo Ronaldo via surrogacy on June 8, 2017.

He was in a relationship with Russian model Irina Shayk from 2010 to 2015.

He is currently dating Spanish model Georgina Rodríguez, with whom he has a daughter, Alana Martina dos Santos Aveiro, who was born on November 12, 2017. The couple welcomed twins, a boy, and a girl, on April 18, 2022, but the boy died during childbirth.

All of Cristiano Ronaldo‘s children are Cristiano Ronaldo Jr., Alana Martina dos Santos Aveiro, Eva Maria Dos Santos, Mateo Ronaldo, and Bella Esmeralda, while his current partner is Georgina Rodriguez. He has never been married and has never had a wife.

According to multiple sources, Cristiano Ronaldo’s net worth is roughly US$500 million, making him one of the richest athletes in the world.