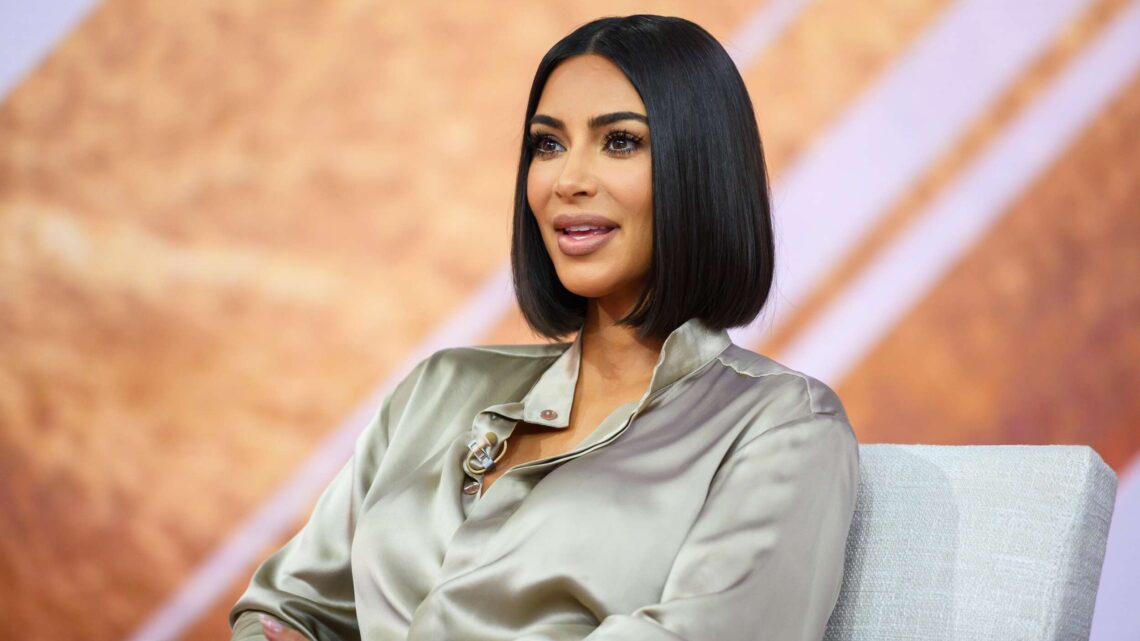 She first gained recognition in American social circles as the stylist of Paris Hilton. She became known internationally after the release of the sex tape Kim Kardashian, Superstar, in 2007.

The sex tape had been shot with her then-boyfriend, Ray J, in 2002. Kim Kardashian became a reality TV star after she and her family started appearing on the show, Keeping Up with the Kardashians.

She is the founder of the fashion brand, Skims, and the cosmetic brand, SKKN. She was formerly married to rapper and producer, Kanye West.

Kim Kardashian was born on the 21st of October 1980 in Los Angeles, California, United States. She was born into the family of Robert Kardashian and Kris Jenner. Her father, Robert Kardashian, is a third-generation Armenian-American, while her mother has English, Dutch, Irish and Scottish Ancestry.

She is the second child of her parent’s union. She has an older sister, Kourtney Kardashian, a younger sister, Khloé Kardashian, and a younger brother, Rob Kardashian. Her parents’ marriage hit the rocks, and they divorced in 1991.

Kim Kardashian was educated at a leading school in Los Angeles for her elementary school education.

At the age of 16, Kim Kardashian was hired at Body, a local clothing store in Encino, California, United States. She worked at the store for four years and was instrumental in establishing a new location in Calabasas. She resigned in 2000 after she got married to Damon Thomas. This was her first marriage.

Three years later, she got a job as the personal stylist of singer Brandy, who is also the older sister of her former boyfriend, Ray J. Later on, she began working as the stylist and assistant for her childhood friend, Paris Hilton. Paris Hilton had become a top socialite and media personality. She made several guest appearances on Paris Hilton‘s show, The Simple Life. The show and her work with Paris Hilton gave her publicity in America’s media industry.

Kim Kardashian and her sisters, Kourtney Kardashian and Khloé Kardashian, co-founded a Boutique business named D-A-S-H in 2006. In 2007, a sex tape she had shot with her Ray J was leaked. This led her to file a lawsuit against Vivid Entertainment, who had distributed the film as Kim Kardashian, Superstar. She later rescinded her decision and dropped the lawsuit against the media company. Instead, she settled for a compensation of US$5 million and allowed Vivid Entertainment to release the film.

In October 2007, the show Keeping Up with the Kardashians premiered on E! TV network. It was a reality TV series that covered the life of Kim Kardashian, her mother, Kris Jenner, her siblings, Kourtney Kardashian, Khloé Kardashian, Rob Kardashian, and her half-sisters, Kendall Jenner and Kylie Jenner. The show, which was aired from 2007 to 2021, gave international family recognition and helped them build successful media careers.

Over the years, Kim Kardashian has grown into one of the biggest media personalities in the world. She was the highest-paid reality TV personality in 2015, with total earnings of US$53 million. Kim Kardashian‘s international fame has helped her launch fashion, cosmetic and entertainment products that are tied to her name.

In 2014, she released the mobile game – Kim Kardashian: Hollywood. The following year, she released a photo book called Selfish and an eponymous personal app.

In 2017, she founded KKW Beauty and KKW Fragrance. The two businesses have grown into leading brands in the fashion and beauty industries. She established a shapewear company named Skims in 2019. It was initially named Kimono, but she changed the name due to public backlash. She is also the founder of the beauty company SKKN.

Kim Kardashian has also recorded success in Hollywood by appearing in some successful films. Notable mentions are Disaster Movie (2008), Deep in the Valley (2009), and Temptations: Confessions of a Marriage Counsellor (2013).

Kim Kardashian is one of the most influential personalities in the world. She has millions of fans following her on social media.

Kim Kardashian‘s first marriage happened at the age of nineteen years old when she eloped with her lover, Damon Thomas. Damon Thomas is a music producer. The couple got married in 2000 and divorced three years later in 2003.

Eight years later, she decided to give marriage a second shot and got married to NBA player Kris Humphries in August 2011. The duo had been dating since 2010. Their marriage was short-lived as she soon filed for divorce 72 days later. The divorce was finalized on the 3rd of June 2013.

Kim Kardashian filed for divorce in February 2021 from Kanye West, and the divorce proceedings were finalized on the 2nd of March 2021. She and Kanye West have joint custody of the children.

The media superstar has amassed wealth from her reality TV career and different entrepreneurship ventures. Kim Kardashian‘s net worth is estimated at US$1.8 billion.