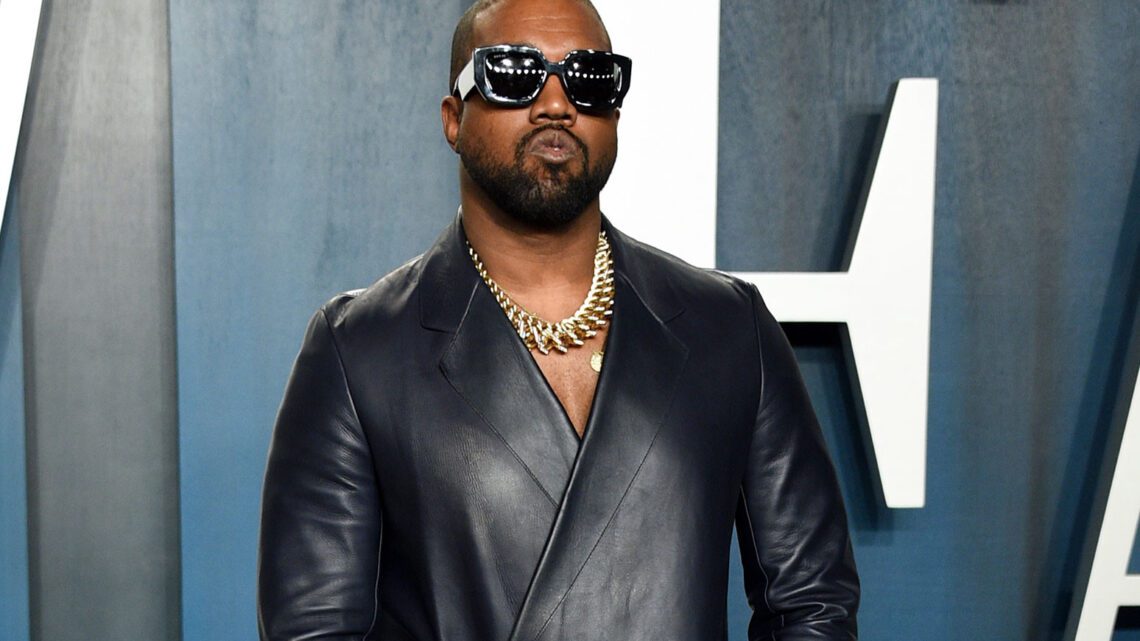 Kanye Omari West (born June 8, 1977) is a celebrated American rapper, music producer, entrepreneur, and fashion designer. He is known professionally as Ye and was formerly known as Kanye West.

He is regarded as one of the greatest and Hip Hop artists in the world. He is the Founder and CEO of GOOD Music, which he founded in 2004.

He broke into the music industry as a record producer, working for Roc-A-Fella Records, co-owned by Jay-Z. He became famous as a rapper after he dropped his commercially successful debut album, The College Dropout.

Ye (Kanye West) is one of the best-selling artists in the world, selling over 160 million records over the years.

Ye (Kanye West) was born to African-American parents on the 8th of June 1977. He was born Kanye Omari West in the city of Atlanta, Georgia, United States. He was born to the family of Ray West (father) and Donda West (mother). Three years after Kanye’s birth, his parents divorced.

His father, Ray West, was a member of the Black Panther and one of the country’s first set of black photojournalists. His mother, Donda West, was an academic and was a Professor of English at Clark Atlanta University. She also served as the Chair of the English Department at Chicago State University.

After his parents’ divorce, Ye (Kanye West) moved with his mother to Chicago and spent the rest of his childhood and teenagehood residing in the city. He grew up in a middle-class environment and showed interest in arts from a young age. He began writing poetry at age five, and by the time he entered third grade, he had begun rapping. He recorded his first rap song at the studio when he was thirteen.

When Ye (Kanye West) was ten, he moved to China with his mother, who was a Fulbright scholar at Nanjing University. They stayed in the country for a while before moving back to Chicago.

In 1997, he received a scholarship to attend the American Academy of Art, located in Chicago. He took painting classes at the school. Thereafter, he transferred to Chicago State University to study English. However, he dropped out of college to focus on his music career.

By the mid-1990s, Ye (Kanye West) had launched his music production career. He had been producing beats for underground and emerging artists in Chicago. His first official production credit was the album Down To Earth. He produced eight tracks of the project, which was the debut album of Grav, a Chicago-based rapper.

His big break as a producer came after he began to produce songs for artists signed under Roc-A-Fella records. He is credited for contributing to Jay-Z‘s career due to his work on the latter’s 2001 album, The Blueprint. He was signed under the record label and became the in-house producer, allowing him to work with artists such as Beanie Sigel, Freeway, and Cam’ron.

Although Ye (Kanye West) had become a known name in the music industry as a producer, his main desire was to succeed as a rapper. He finally broke out in the industry as a rapper after he dropped his debut album, The College Dropout, in February 2004.

The College Dropout was a commercial success and was certified platinum thrice in the United States, secured ten Grammy nominations, and won the Grammy Award for Best Rap Album. Shortly after its release, he founded GOOD Music, a record label and management company.

Since Ye (Kanye West) dropped his debut album, he has released ten other solo studio albums. The projects are Late Registration, Graduation, 808s and Heartbreak, My Beautiful Dark Twisted Fantasy, Yeezus, The Life Of Pablo, Ye, Jesus Is King, Donda, and Donda 2.

Ye (Kanye West) is one of the best-selling artists in the world and has over 160 million sold records to show for it. He has won 24 Grammy Awards, 3 Brit Awards for Best International Male Solo Artist, and a Michael Jackson Video Vanguard Award.

Besides music, Ye (Kanye West) is also a successful fashion designer. He has worked with top fashion brands like Louis Vitton, A.P.C, The Gap, and Nike to design and produce clothing and footwear. He currently spearheads Yeezy, which is a fashion collaboration between him and Adidas. He is the founder and CEO of Donda, a creative content company.

The music superstar Ye (Kanye West) has millions of fans across the world, and they actively engage with his content on social media.

Ye (Kanye West) has dated designer Alexis Phifer and model Amber Rose in the past. He began dating reality TV star Kim Kardashian in April 2012. They became engaged in October 2013 and tied the knot in a wedding ceremony in May 2014.

However, their union ended in March 2021. Kim Kardashian filed for divorce in February 2021, citing irreconcilable differences. The couple had been facing difficulties in their marriage before the divorce, and there had been speculations of divorce since 2020.

Ye (Kanye West) lost his mother, Donda West, on the 10th of November, 2007. She died at age 58 and had been suffering from coronary artery disease.

He is a born-again Christian. He changed his name to Ye, with no middle or last name, in October 2021. He applied for the name change on the 24th of August, 2021.

Kanye West (Ye) is currently the wealthiest musician in the world. Over the years, he has built a fortune from his success in the music, fashion, and entertainment business.

Kanye West’s (Ye) net worth is estimated to be US$2 billion.