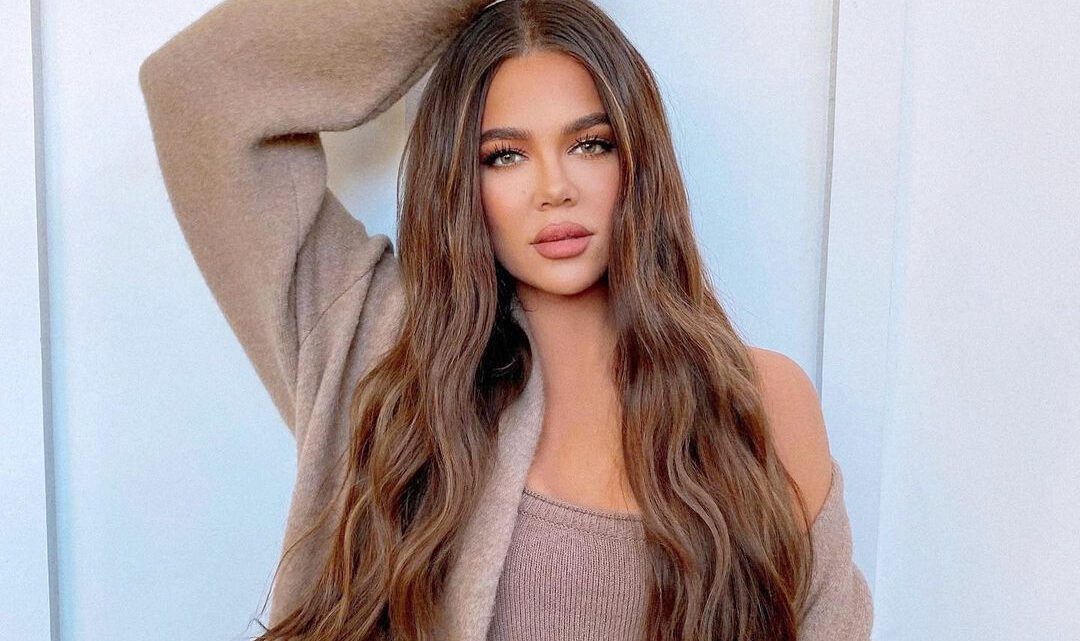 Khloé Kardashian is also involved in the retail and fashion industries with her sisters, Kourtney Kardashian and Kim Kardashian. They opened several clothing collections and fragrances and released a book called Kardashian Konfidential in 2010.

Khloé Kardashian was born in the city of Los Angeles, California, on June 27, 1984, to Robert Kardashian (father), an attorney, and Kris Jenner (mother), a housewife.

Her mother, Kris Jenner, is of Dutch, Irish, English, and Scottish ancestry, whereas her father, Robert Kardashian, was a third-generation Armenian American.

In 1994, her father garnered public attention as a defence lawyer for a football player named O. J. Simpson during his murder trial.

As a teenager, she briefly attended a Roman Catholic all-girls school called the Marymount High School in Los Angeles.

However, she left high school and enrolled in an alternative one-to-one school called Alexandria Academy after her sisters’ graduation. Then she graduated with honours at the age of 17.

In February 2007, a 2003 sex tape made by her sister, Kim Kardashian and her ex-boyfriend Ray J, Kim Kardashian, Superstar, was leaked, contributing to the family’s rise in fame.

Later that year, Khloé Kardashian, her mother, stepfather, her siblings Kourtney Kardashian, Kim Kardashian, and Rob Kardashian, and half-sisters Kendall Jenner and Kylie Jenner were contracted to star in a reality television series titled Keeping Up with the Kardashians.

The series and her sister Kim Kardashian‘s fame, led to the Kardashians being able to cash in by endorsing products. The series was a successful one for E!, the network on which it is broadcast, and has led to the creation of spin-offs such as Kourtney and Khloé Take Miami and Khloé and Lamar.

In April 2009, Khloé Kardashian and her sister Kourtney Kardashian announced that they were commissioned to star in a spin-off that would follow their move to launch a D-A-S-H store in Miami, Florida. The series, Kourtney and Khloé Take Miami, debuted on August 16, 2009, on E!

Khloé Kardashian participated in season 2 of the Celebrity Apprentice series, finishing 10th of 16 candidates after being fired by Donald Trump. It was reported she was sacked because of her previous arrest for a DUI. Khloé Kardashian and her sisters, in June 2009, teamed up with the Natural Products Association to create a teeth whitening pen called Idol White.

She then appeared in one of PETA’s campaigns called “I’d Rather Go Naked Than Wear Fur“. The three sisters went on to release a jewelry line in March 2010. In the spring of 2010, the sisters launched a clothing line for Bebe. In September 2010, Khloé Kardashian and her sisters released another clothing line called K-Dash on QVC.

In May 2011, she and her sisters announced the release of their first novel, and in October 2012, Khloé Kardashian and Lamar Odom released a second unisex fragrance, Unbreakable Joy.

Furthermore, she appeared in an MTV television series Punk’d with Kelly Osbourne and Miley Cyrus in February 2012. In October 2012, the American sensation Mario Lopez was confirmed as the co-host of the second season of the American version of The X Factor.

However, it was announced on April 22, 2013, that Khloé Kardashian will not return to co-host The X Factor for its third season. On March 26, 2014, E! announced a Keeping Up with the Kardashians spin-off series titled Kourtney & Khloé: Take the Hamptons.

She hosted the Kocktails in January 2016 with Khloé Kardashian‘s pop culture–themed variety talk show, which aired on the FYI cable channel. The show was, however, cancelled after 14 episodes.

In August 2019, Khloé Kardashian announced she would become an executive producer for the new season of an Investigation Discovery show titled Twisted Sisters, which consisted of ten hour-long episodes following stories of sisters who turned on each other.

In October 2020, it was announced the TV presenter became the brand ambassador and co-owner of a Kiwi collagen supplement company called Dose & Co.

In September 2021, Khloé Kardashian hosted a tournament for Candy Crush Saga, which marked the game’s first tournament. The tournament was held in-app from September 23 until October 7.

Khloé Kardashian is among the most followed amongst the Kardashians, with over 228 million followers on Instagram and over 6 million on Facebook. She uses these platforms to promote her products and her shows.

Though Khloé Kardashian has never been obese, her weight is prone to be criticized by the public as she always remains under the camera radar. According to the even-day fitness plan shared on her app, the model does intense cardio with occasional boxing sessions and has a day dedicated to her legs and butts and a day to her arms.

Khloé Kardashian dated a basketball player named Rashad McCants in 2008. However, the couple broke up after seven months in late January 2009.

On September 27, 2009, Khloé Kardashian married a professional basketball player called Lamar Odom, who was a member of the Los Angeles Lakers at the time. The couple married exactly one month after meeting at a party for Lamar Odom‘s teammate Metta World Peace.

However, after months of speculated separation, on December 13, 2013, Khloé Kardashian filed for divorce from Lamar Odom and for legal restoration of her last name. Both parties signed a divorce agreement in July 2015.

However, the divorce had yet to receive final approval from a judge in October 2015, when Lamar Odom was hospitalized after being found unconscious in a Nevada brothel. He was in a coma for four days; as he lay in a hospital, Khloé Kardashian withdrew her pending divorce petition.

In an interview with People Magazine, she confirmed that they had not reconciled, but the divorce had been withdrawn to enable her to make medical decisions on his behalf. Later, Khloé Kardashian and Lamar Odom‘s divorce was finalized in December 2016.

In January 2014, Khloé Kardashian began an on-again, off-again relationship with a rapper called French Montana but broke up in December the same year.

Khloé Kardashian started dating a basketball player named James Harden after meeting her brother-in-law Kanye West‘s Staples Center birthday party in 2015. The pair were together for eight months between 2015 and 2016.

Then she began dating a basketball player named Tristan Thompson in 2016.

Khloé Kardashian gave birth to a daughter named True Thompson, on April 12, 2018, amidst controversy after Tristan Thompson was found to have cheated on Khloé Kardashian during her pregnancy.

Notwithstanding, they resumed their relationship in August 2020, after quarantining together during the COVID-19 pandemic. However, they were reported in June 2021 to have broken up again.

Khloé Kardashian is a diligent American reality television star, socialite, and model who has an estimated net worth of US$50 million. She is best known for her involvement in a reality show titled Keeping up with the Kardashians.

In 2014 she bought Justin Bieber‘s house for a whopping US$7.2 million. Additionally, she bought the six-bedroom, seven-bathroom apartment sitting on 1.3 acres soon after her marriage to Lamar Odom ended.

Then Khloé Kardashian put the 11,000-square-foot apartment under extensive renovation. However, the reality television star floated the home for sale off-market in May 2020 for a bit under US$19 million.