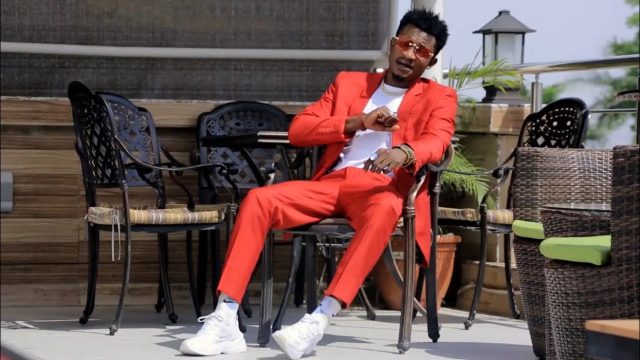 Hamisu Breaker (born February 27, 1992) is a Hausa singer and songwriter whose name is widely known in Nigeria.

He is famous in the Northern part of Nigeria, he goes by the real name, Hamisu Sa’id Yusuf.

His name rings on the mouth of every man, woman, youth, and child alike in the commercial city of Kano.

Born in 1992 in Dorayi Gwale Local Government, Kano state; the musician, Hamisu Breaker got the name Breaker when he was doing the Break Dance style.

He started his music career in secondary school and did quite a lot of songs before releasing an album.

Hamisu Breaker is a native of Dorayi Gwale who was born on the 27th of February.

Hamisu Breaker had his primary and secondary school in Dorayi but unfortunately, the singer has not been able to continue his studies.

Hamisu Breaker sings in the Hausa language and his song has received great acceptance from the Hausa speaking youths and is still is received more acceptance.

In the year 2020, one of his songs; Jaruma became the most-watched Hausa song on YouTube. The song also set a record at the peak in the history of Hausa music.

One of his songs also, Karshen Kauna got a million views in less than 2 months after its release, the video now has over 3.3 million views.

Some of his hit songs are;

Not much is really known about his personal life but you can check him out on his Instagram page @hamisu_breaker_dorayi.

Hamisu Breaker‘s relationship life is not known, nobody knows if he has a girlfriend, wife, kids or spouse to be.

He was said to be dating Momee Gombe whose real name is Maimuna Abubakar; an actress.

The northern-born Nigerian singer and songwriter, Hamisu Breaker is estimated to have gathered a net worth of over $200,000.