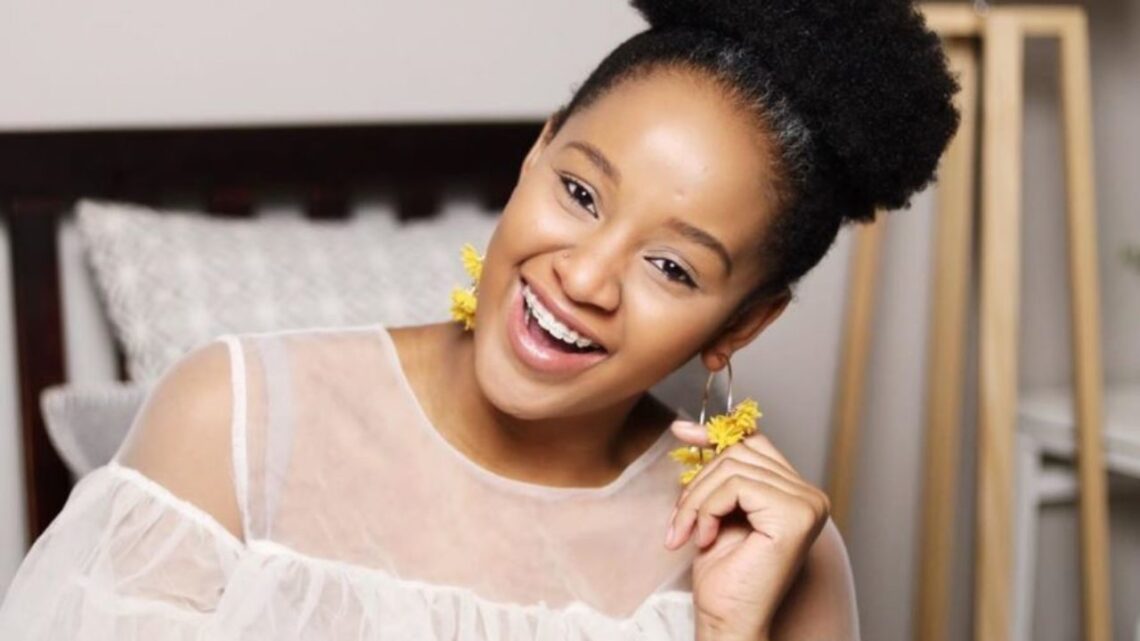 She was born on the 23rd of January, 1994 in Middelburg Mpumalanga. She gained popularity after her marriage to Brenden Praise, a South African Gospel artist.

Mpoomy Ledwaba is currently the founder of Aneno Beauty and had previously worked as a banker, model, and backup singer to Gospel artists such as Donnie McClurkin, VaShawn Mitchell, and Dr Tumi.

Mpoomy Ledwaba was raised by her parents in Middleburg, Mpumalanga. Her parents were very religious and invested time and resources in their local church.

At the age of 5, Ledwaba became a chorister at church and sang with her father and four other siblings during services.

Soon, her inherent ability to minister through songs won her the hearts of popular Gospel artists.

She also gave her life to Christ and became a devoted Christian at thirteen.

During her time at school, she got a banking job at Investec; which explains why she dropped out after two years in the University.

While growing up, Mpoomy Ledwaba worked as a backup singer to popular Gospel artists such as Donnie McClurkin, VaShawn Mitchell, and Dr Tumi. She also had a brief stint as a banker at Investec during her schooling days. However, she secured a job in a modeling agency a few years later.

Mpoomy Ledwaba flourished as a model and public figure and soon got featured on a billboard and television advert.

Due to her resourcefulness and a keen interest in business, she invested time and money in a cleaning business, marketing her brand on social media platforms such as WhatsApp and creating digital fliers for publication at the time.

Later, she enrolled in a nail school after getting R15,000 from her betrothed. However, her first three months fresh from training didn’t go as planned as she failed to secure a job in line with her niche.

Mpoomy Ledwaba took to publications once more and used her car to advertise her services. Soon, she started a nail salon and is currently the founder of Aneno Beauty.

She also runs a YouTube channel which has enabled her to increase her fan base.

After her marriage to the recording artist, Ledwaba got a lot of media attention and saw her followership spike upwards.

Their union is blessed with two children; a boy and a girl, Nuri. Recently, Ledwaba celebrated her daughter’s 2nd birthday and took to social media to share her delight.