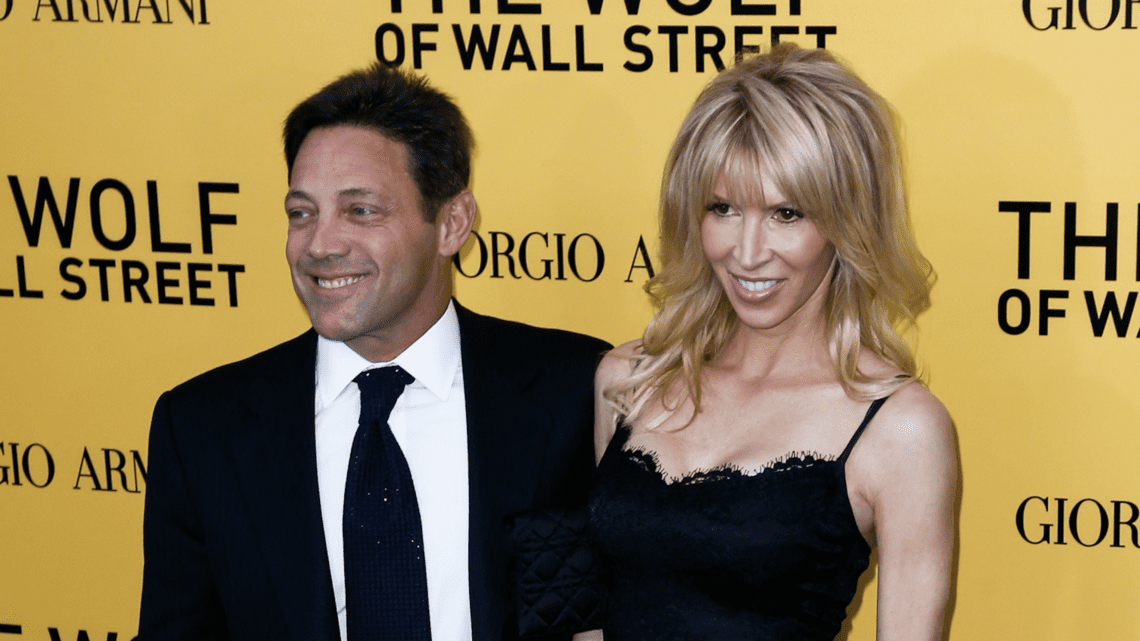 Jordan Ross Belfort (born July 9, 1962) is an American entrepreneur, former stockbroker, speaker, and author. In 1999, he became a convicted felon after pleading guilty to fraud and related crimes.

This was in connection with stock-market manipulation and operating a penny-stock scam.

Jordan Belfort was sentenced to a jail term of 22 months imprisonment. In 2007, he published his memoir titled, The Wolf Of Wall Street. The book was adapted into a movie in 2013.

Jordan Ross Belfort was born to Jewish parents Max Belfort (father) and Leah Belfort (mother). He was born on the 9th of July 1962 in Bronx, New York City.

His parents are accountants, and they gave him a middle-class upbringing. He spent his formative years residing in Bay Side, Queens. He has a brother, Robert Belfort.

As a high school student, Jordan Belfort and his friend sold Italian ice to regular visitors to a local beach. They made US$20,000 in profit from the venture.

He bagged a Bachelor’s degree in Biology from American University. He later enrolled in an undergraduate program at the University Of Maryland School Of Dentistry. However, he soon dropped out of the institution.

Jordan Belfort‘s business career started as a door-to-door meat and seafood salesman. He worked in Long Island, New York, selling 5,000 pounds of fish and meat every week. But the business didn’t do very well, and he had to file for bankruptcy. Thereafter, he got a job as a trainee stockbroker with L.F. Rothschild.

Jordan Belfort ran Stratton Oakmont as a boiler room that marketed penny stocks, defrauding investors with the “pump and dump” style of stock sales. He grew the business to the point that company had over 1,000 stockbrokers under its employ. Also, the company was handling stock issues totaling US$1 billion. Stratton Oakmont is also credited for being behind the initial public offering of Steve Madden.

From 1989 onward, the company came under the National Association of Security Dealers (NASD) scrutiny and was monitored by law enforcement agencies in the country. In 1996, the NASD expelled Stratton Oakmont, which put the firm out of business. Jordan Belfort was convicted of securities fraud and money laundering three years later. This happened in 1999.

After serving 22 months out of a four-year sentence at the Taft Correctional Institution, he was released from prison. He got out early due to a plea bargain with the Federal Bureau Of Investigation (FBI).

On returning to society, he decided to launch his creative career and began to work as a motivational speaker and writer. He has been invited to speak at several events in the country. His company, Global Motivation Inc, handles Jordan Belfort‘s speaking engagements.

The Wolf of Wall Street Jordan Belfort has over 671k followers on Twitter and over 2.1 million followers on Instagram.

Jordan Belfort got married to his first wife, Denise Lombardo. The couple became separated while Jordan Belfort was running Stratton. Their divorce was finalized in 1991.

He later got married to a British-born model, Nadine Caridi, in 1991. Their union was blessed with two children: Chandler Belfort and Carter Belfort before they divorced in 2005.

Jordan Belfort is the final owner of the yacht, Nadine Caridi, which was named after his second wife. The yacht had originally been built for Coco Chanel. In 1996, the yacht sank off the east coast of Sardinia.

Jordan Belfort has made a fortune from being an entrepreneur, author, and motivational speaker.

He has an estimated net worth of minus US$100 million.