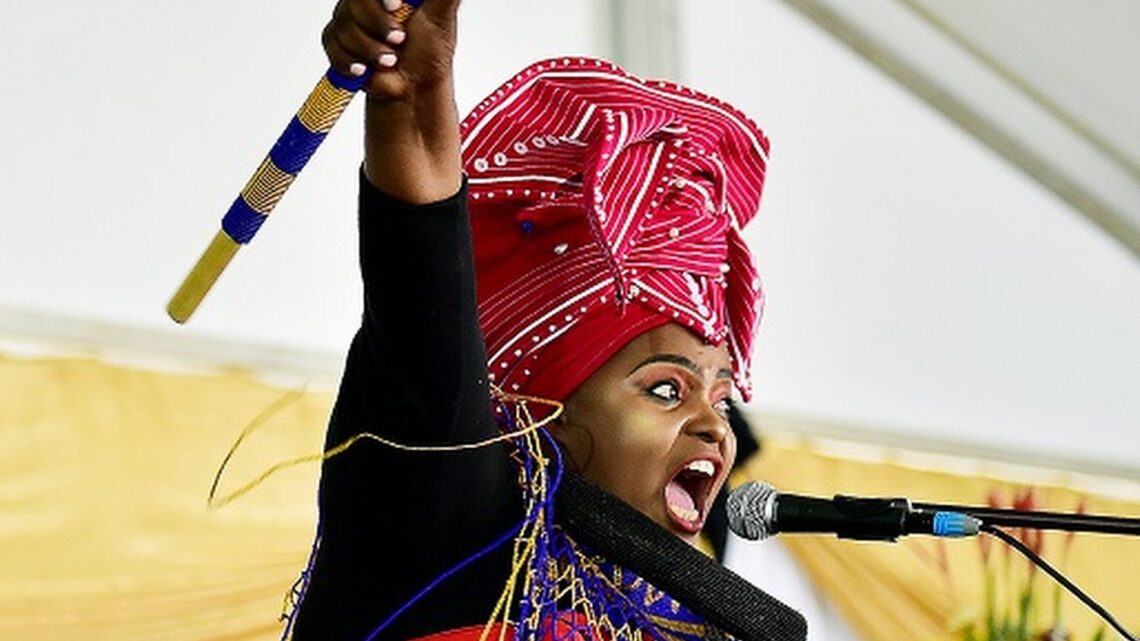 Jessica Mbangeni (born 22nd August 1977) is one of the most sought-after female praise singers (Imbongi) and poets in South Africa.

She’s made her record in a fierce niche dominated by men. She is making wave in the industry since her invasion and is loved by many. She also celebrated for her praise poems.

Her incredible singing ability and creative versions of traditional Xhosa music have made her famous and outstanding.

Jessica Mbangeni was born in the South African province of the Eastern Cape. Aged 45, she was born on the 22nd of August in 1977.

She hails from a long line of traditional praise singers in her family. Her love of music began at an early age when she was just six years old, and she began performing at church and community gatherings.

Growing up in the rural Eastern Cape, Jessica Mbangeni was always surrounded by music. She started singing at school and then at church. After moving to Johannesburg, she joined a group of Imbongi and started performing at corporate functions and weddings.

At the moment, TheCityCeleb does not have many details concerning the personal life of Jessica Mbangeni.

Also, TheCityCeleb is yet to confirm the identities of her spouse and children.

There is absolutely no record of Jessica Mbangeni having a husband, boyfriend, or marriage.

Jessica Mbangeni established the KwaNtu Entertainment and Designs agency in 2006. The agency’s main goal is to promote talented South Africans through her connections in the culture and entertainment industries.

Many casting directors have worked with the agency. It has collaborated with Moonyeen Lee, Amanda Wilson, Christa Schamber, and Bonnie Lee Bouman. It has also earned a stellar international reputation. The agency is also recognized by the National Department of Arts and Culture.

In 2014, Jessica Mbangeni was shortlisted for seven SATMA Awards, and in 2015, she was nominated for Best Creative Album at the Wawela Awards.

Chris Gardner, the CEO of Gardner Rich Investment Holdings & Co, whose life was the inspiration for Will Smith‘s film The Pursuit of Happiness, has taught and channeled Jessica Mbangeni.

The influential poet and singer have accumulated an income for herself. Jessica Mbangeni has an estimated net worth that amounts to US$300,000.