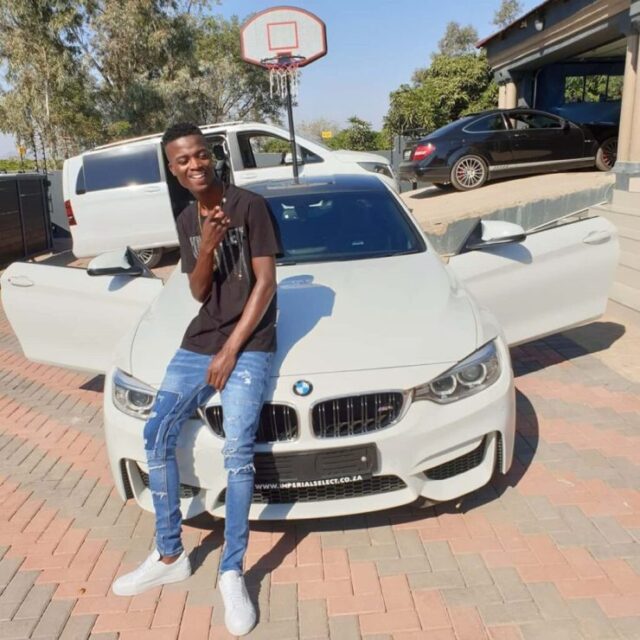 He is a multi-gifted singer, songwriter and record producer.

Despite the competition for his creative composition skills, he has entered and remained relevant in the industry.

He also has his own record company, King Monada Music, known as the “King of Bolobedu Music” because of his distinctiveness in the industry.

The songs released by the fast-rising musician are making ripples on the international and African music charts.

In addition, King Monada is a multi-award-winning artist. For his incredible musical approach, he has received numerous prizes and accolades.

King Monada was born into a family of five children, making him a brother to four siblings.

He is the middle of five children, with two elder brothers, Lucky Kgatla and Michael Kgatla, and two younger sisters.

His birthday is November 25, 1992, and he was born in Mokgolobotho hamlet, Tzaneen, Limpopo.

King Monada began his academic career at Sebone Primary School when he was pretty young.

Following that, he continued his studies at Magoza High School.

He had a passion for music since he was a teenager, and it was already developing.

However, the singer signed out from high school before getting his certificate.

After discontinuing his academic pursuits, King Monada focused more on his music career and began to write music. He began dancing and music when he was around 13 years old, in 2005.

King Monada‘s music is based on the Khelobedu language, and his contemporary genres are Amapiano and Afro-pop. However, because he was based in a remote area of Limpopo, he did not have a smooth musical path.

His musical breakthrough came when he performed in taverns and parties. He eventually met Molao Rammala, the producer of Open Mic Productions.

King Monada‘s first single, Ska Bhora Moreki, became a hit in South Africa. It was well-received by music fans throughout the country.

Partygoers who enjoy having their drinks in peace while having a good time, he claims, inspired him to write the song.

Being one-of-a-kind and talented pays handsomely, as the Limpopo-born artist has discovered.

Many of King Monada‘s Bolobedu house music songs have been hits both in South Africa and internationally since their release. In addition, his work has earned him acclaim.

At the Limpopo Music Awards, he won three awards: “Best Khelobedu single,” “Song of the Year,” and “Best duo/group collaboration.”

Many of King Monada‘s admirers and music lovers wonder if he is married because of his rapid ascent to popularity.

However, the music mogul is married and has two partners.

King Monada is a polygamist who is married to Lerato Ramawela and Cynthia Nthebatse Leon.
A media entertainment website reported on September 23, 2020, that he and Cynthia Leon parted ways.

According to insiders, Cynthia Nthebatse Leon had frequently nagged him for getting home late, so the musician chased her out of his house in Limpopo, but there were no formal divorce proceedings. Other tabloids claim that they have since reconciled.

The Tzaneen-born songwriter owns King Monada Music. He also owns a mansion in Limpopo, which he claims he built because the entertainment industry is unpredictable.

He explained that he opted to create this house because an artist’s lifespan is never assured, and he needed to ensure that his two wives and children would not suffer if something happened to him or his career.

He said that It’s lovely to have all of the expensive automobiles; it’s lovely. But that’s all there is to it.

You cannot invest in a car, but you can invest in a house, and this property is large enough not to require any further extensions.

King Monada is active on Instagram. You can find the music star through his handle @KingMonada.

He has a large fanbase.