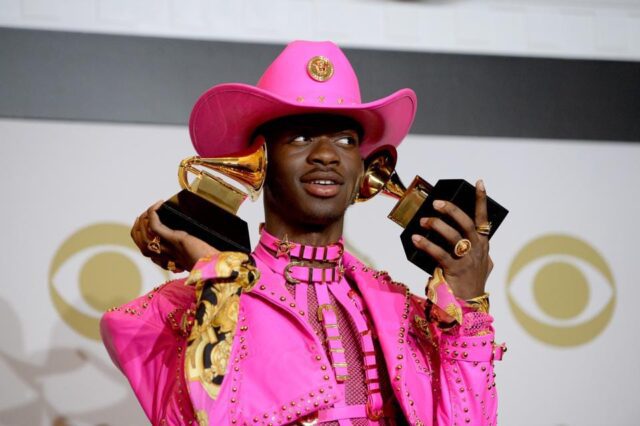 His breakout hit was the country rap song Old Town Road, which originally went viral in early 2019 before ascending the charts around the world and earning diamond certification by November of the same year.

The song Old Town Road held the top spot on the American Billboard Hot 100 chart for 19 weeks, making it the longest-lasting number-one hit since the category’s inception in 1958. The song was remixed several times; the most well-known one featured Billy Ray Cyrus, a country singer.

Lil Nas X came out as a homosexual while his song Old Town Road was at the top of the Hot 100, making him the only artist to do so while their song was at number one.

Lil Nas X was born on April 9, 1999, in the small Georgian town of Lithia Springs, which is southeast of Atlanta. He was given the name of the Mitsubishi Montero. His father, R.L. Stafford, was a talented gospel singer, while his mother, Shawnita Hathaway, was a housewife.

He has two brothers, Lamarco Hill and Tramon Hill, two sisters whose one of them names is Bianca Hill, and three half-brothers.

When he was six years old, his parents divorced, and he moved in with his mother and grandmother in the Bankhead Courts housing project. Three years later, he moved to Austell, Georgia, which is north of the city, and resided there with his father, a gospel musician.

Lil Nas X later reflected on his initial hesitation to leave, saying, “There’s so much shit going on in Atlanta—if I would have stayed there, I would have gotten in with the wrong crew.” He started “heavily utilizing the Internet just around the time that memes started to become their own just around the age of 13”.

Lil Nas X used the internet, mainly Twitter, to create memes that demonstrated his charming humor and pop-culture knowledge during his adolescence. When he was a teenager, he struggled to come out as gay and believed it was simply a phase, but by the time he was 16 or 17, he had come to terms with it. When he was in the fourth grade, he began playing the trumpet. By junior high, he was the first chair, but he stopped due to shyness.

Lil Nas X studied at Lithia Springs High School, receiving his diploma in 2017. His next step was to enroll in the University of West Georgia, where he declared a computer science degree before leaving after only a year to pursue a career in music.

Lil Nas X resided with his sister at this time and supported himself through employment at Six Flags Over Georgia and Zaxby’s restaurants. He made a surprise concert appearance at his high school in September 2019.

Lil Nas X came out to his sister and father at the beginning of June 2019 because he believed “the cosmos was signaling him to do so,” despite not knowing whether or not his followers would support him. He openly became homosexual on June 30, 2019, the final day of Pride Month. He tweeted: “Some of y’all already know, some of y’all don’t care, some of y’all not gone [fuck with me] no longer. But I want everyone to pay great attention to C7osure before this month is out.”

Lil Nas X first hinted about his sexuality in his single titled “c7osure,” which he later verified via tweets. The song “touches on topics like coming clean, growing up, and embracing oneself,” according to Rolling Stone.

The next day he tweeted again, this time highlighting the rainbow-colored building on the cover art of his EP 7, with the caption reading, “deadass thought I made it obvious.” In an interview several days later on BBC Breakfast, Lil Nas X was unambiguous and stated that he was gay and understands that his sexuality is not readily accepted in the country or rap music communities.

Although most of the reactions to the news were supportive, there was also a significant amount of homophobic criticism on social media, to which Lil Nas X also responded. The criticism also came from the hip-hop scene, which brought homophobia in hip-hop culture to light.

Rapper Pastor Troy made homophobic remarks about the attire Lil Nas X wore to the Grammy Awards in January 2020. He responded, “Damn, I look nice in that pic on god,” to Pastor Troy‘s remarks.

Lil Nas X stated in September 2021 that he was an atheist “at one point” but is now “a very spiritual person in terms of the Universe, how everything works.”

Lil Nas X is not married and has no wife, husband, boyfriend, girlfriend, or spouse noted by the public.

Lil Nas X claimed that he began to isolate himself from “outside-of-class activities” throughout his adolescent years. He spent a lot of time online, hoping to develop a following as an internet personality to promote his work, but not knowing what to focus on creatively.

In an interview with Rolling Stone, he stated, “I first made humorous videos for Facebook before moving on to Instagram and then Twitter, where I was truly a maestro. There, for the first time, I was able to become viral.” In addition, he briefly published amusing films on Facebook and Vine.

According to a New York Magazine investigation, Lil Nas X allegedly created and managed several Nicki Minaj Twitter accounts at this time, including one with the handle “@NasMaraj.” This account attracted popularity in 2017 for its interactive “scenario threads” in the flash story form that was made popular on Twitter by the dashboard tool TweetDeck.

Lil Nas X released Old Town Road, a country rap single, on December 3, 2018. The song’s rhythm was created by Dutch producer YoungKio, for which he paid US$30 while remaining anonymous on the website Beatstars. The song 34 Ghosts IV by Nine Inch Nails, taken from their sixth studio album Ghosts I-IV, is sampled (2008). He recorded for less than an hour on one of their “$20 Tuesdays” in Atlanta’s “humble” CinCoYo studio.

Lil Nas X announced that his debut album was “nearly finished” on July 7, 2020. Additionally, he mentioned that he was putting together a mixtape and wanted beat makers to submit beats for his fresh music. He posted a sample of the upcoming song Call Me by Your Name online on July 10 as a teaser.

Lil Nas X revealed a new song, Holiday, on November 8, 2020, and was released on November 13. A virtual concert was staged on Roblox to promote Lil Nas X‘s track, and merchandise featuring the rapper was available in the avatar store.

A teaser of the song Lean on My Body was also posted by him. Lil Nas X debuted Late to Da Party as the album’s lead single on June 24, 2022. The album will be “something fun, something for the summers, something for the girls to be ready to party to,” according to Lil Nas X.

Lil Nas X, according to sources, currently has an estimated net worth of US$14 million, which he made exclusively from album sales, musical concerts, and other business gigs.