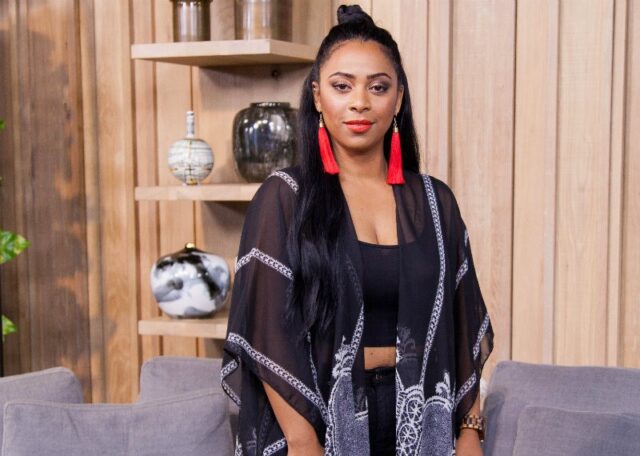 Mariechan Luiters (born November 1, 1982) is a singer and songwriter who is trailblazing the South African music scene with her lyrical jams.

Formerly a member of the all-girl band, Jamali, she has evolved into one of the leading Pop singers in the continent.

With an initial interest in Jazz music, Mariechan Luiters discovered her love for Pop music as a teenager and hasn’t let go since then.

She recently released the single, Just Call Me Marie Jane, which is receiving massive airplay across South Africa.

Mariechan Luiters was born to the Luiters family on the 1st of November 1982. Both of her parents are South Africans and she was raised in Stellenbosch.

Luckily for Mariechan Luiters, she was born into a family that has a deep love for music, especially Jazz and Motown genres. Thus, it was easy for them to understand when she told them about her dream of becoming a musician.

At the young age of eleven, her songwriting skills had already come alive. She would spend most of her free time, composing songs which she would perform in front of her mirror or parents. Later on, she became the lead vocalist of a Jazz band before finding her way to the Pop group, Unique Attraction.

Having become friends with two other great singers, Jacqui Carpede and Liesl Penniken, the trio competed at the Coca-Cola Pop talent contest as the band, Jamali. This happened in 2004. At the end of the competition, they emerged as the 1st runner-up, losing first place to the boy band, Ghetto Lingo.

The talented artist, Mariechan Luiters is very good academically. She graduated from university with flying colors.

She also finished well in her elementary and high schools.

After their success at the competition, the girls decided to record their first radio single, Greatest Love. The song helped to shine more talent on their talent as many South Africans began to take note of them. The group released their debut album in 2005 which was very successful, as they sold many copies in a matter of weeks. The album was certified gold after it passed the 25,000 copies sales mark. The album contains hit songs like Love Me For Me, Dalile, and Greatest Love.

After fifteen years together, the girls disbanded in 2019 to pursue solo careers. However, they had recorded a lot of success together, releasing three other chart-topping albums: 3rd Base, Yours Fatally, and Toxic Candy.

As a solo artist, Mariechan Luiters is having a really good run and has been able to build a strong fan base, thanks to her entertaining music. Gifted with a powerful voice, she has recorded a number of hit singles that are considered jams in the South African pop scene.

In March 2021, Mariechan Luiters decided to keep her fans in a state of extreme pleasure by releasing the thrilling song, Just Call Me Marie Jane. Collaborating with Manu World Star, she recorded a love-themed song, Pressure.

Due to Mariechan Luiters celebrity status, she has over 28k active followers on Instagram.

The talented singer, Mariechan Luiters has lived almost four decades on earth. She clocked 38 years old on the 1st of November 2020, celebrating the event in a grand style in a private party well attended by close friends, business associates, and family members.

She is currently in a serious relationship with A-list South African musician, Manu World Star. The duo has been dating for a while now, with their relationship waxing stronger by the day. So it won’t be a surprise if they tie the knot soon. There is a rumor that they are blessed with a child.

The gorgeous singer resides in her own apartment in Johannesburg and leads a relatively comfortable life in the city. She narrowly escaped death in March 2021 after she was involved in an accident on her way back home from an event.

The beautiful South African singer, Mariechan Luiters currently boasts of an estimated net worth of $350,000-$600,000.