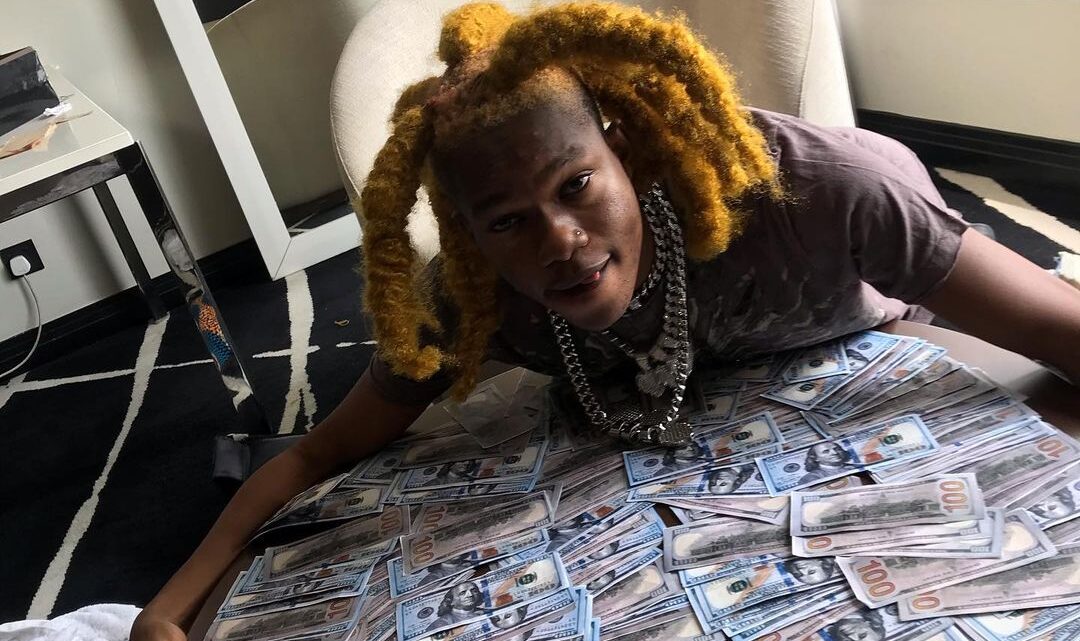 He is a social media star who has millions of dollars in assets.

He resides in Atlanta and leads a luxurious lifestyle in the city.

Since his rise to fame, he has been posting a lot of videos where he showcases his wealth to the world.

NBA Geeboy was born in the city of Lagos to Nigerian parents.

He spent his early years in Nigeria before his family emigrated to the United States. His year of birth is 2002.

NBA stands for Never Broke Again. This is Geeboy‘s personal maxim. Since he was a little boy, he aspired to become very rich and successful. It has always been his dream to have enough money to buy anything his heart desires.

NBA Geeboy completed his elementary and middle school education in the United States.

He is a high school dropout and is yet to complete his studies.

NBA Geeboy is a very controversial figure on social media. This is because of the way he flaunts his wealth on Instagram. He mostly posts pictures and videos where he holds bundles of dollar notes. In some of his videos, he rubs the money over his body, imitating taking his bath. While in some instances, he spreads the money on the ground.

NBA Geeboy is a jewelry lover and always wears gold, silver, and diamond chains, rings, and wristwatches. His favorite jewelry company is Johnny Dang and Co. In one of his pictures, he wore jewelry worth about two hundred thousand dollars ($200,000).

Recently, he uploaded a video where he threw one thousand dollars ($1,000) into the toilet, urinated on it, and flushed it away. This video generated a lot of reactions from social media users as many people trolled him for the action.

He also posted a video where he asked people not to tag him to the Headies Award. According to him, he was much bigger than the Headies Awards and preferred to be tagged to awards like the Grammys, BET, and VGMA.

NBA Geeboy made the news in February 2021 when he claimed that he was bigger than Afrobeats superstars, Davido, Wizkid, and Burna Boy.

He claimed that he has been wearing Grillz before Wizkid and Burna Boy started putting them on. He achieved this feat at the age of 15. He had started out wearing a gold grill and is currently putting on a diamond grill.

In 2021, he dropped a single titled BOA which has been streamed by thousands of people across the globe. At the moment, he is being managed by Clex Tony Yahweh.

One peculiar thing about NBA Geeboy is that he likes saying the phrase, On Gaad, he also has a song with the title. He also loves wearing supreme boxers and his favorite color is purple.

On the 25th of February 2021, he accused label owner, Davido, of stealing his content when the latter posted a picture holding dollar notes.

NBA Geeboy’s official Instagram handle is @nba_geeboy. He has over 21k followers on his page.

NBA Geeboy is nineteen years old. He resides in a posh apartment in Atlanta, Georgia. He has been incarcerated in the past after he was arrested for a crime. He is also popular because of his hairdo. He wears long dreadlocks which he plaited into ponytails.

Many people have speculated that NBA Geeboy is into fraud because of the kind of pictures and videos he posts and the statements he makes. Some people have predicted that law enforcement officers will soon arrest him.

He is a teenage father and gave birth to his first child, several months ago.

NBA Geeboy is not married but he has an unidentified girlfriend and baby mama which has kept him away from the media.