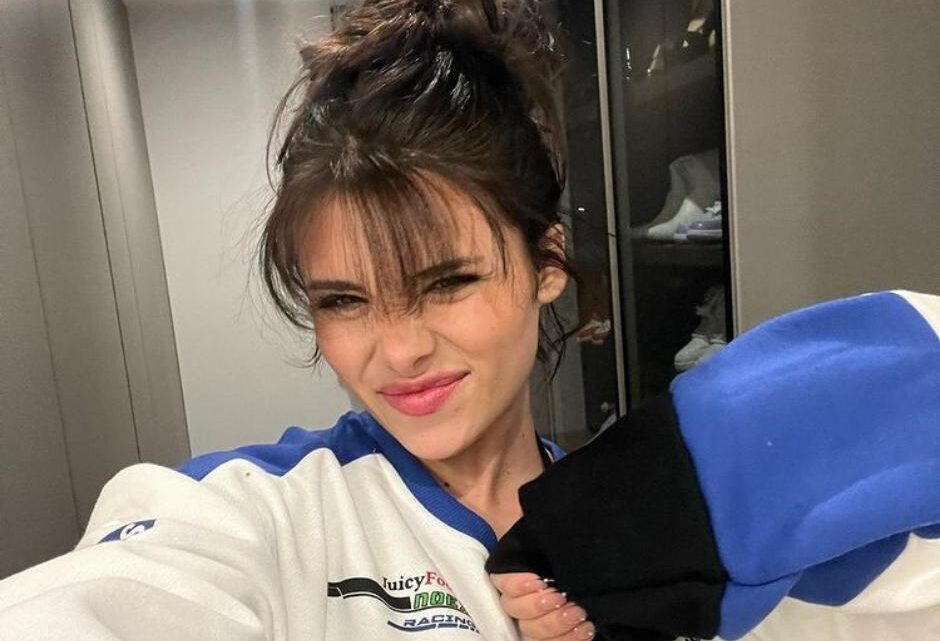 She, however, gained popularity by posting Tiktok videos of her lip-synching to rap, pop, and comedy skits in 2019.

She then ventured into music in 2020 with the release of her debut single titled Pain. She then released her debut album titled Pretty Poison in September 2021.

Nessa Barrett is a very talented teenager who has also been featured in some movies. Her Tiktok stardom in 2019 is what brought her to the limelight before venturing into singing in early 2020.

Nessa Barrett was born and raised in a small township called Galloway township in New Jersey. She is a Puerto Rican. She was born on the 6th of August in 2002. Her father is Drew Barrett, while her mother is named Nez Barrett. She has a brother named Julian Barrett.

Nessa Barrett has always wanted to become famous from childhood and has tried her best to showcase her skills to the public. Her younger brother, Julian Barrett, has been cited in many of her videos. It seems they are a family enriched with talent.

Nessa Barrett joined the social media platform, Tiktok in 2019, where she began uploading dancing and singing videos. She accumulated a massive following of over18 million.

She then started her music career in early July 2020. She released her first single titled Pain, after being signed to Warner’s record label. The label signed her after discovering her Tiktok videos where she was singing.

By October 2020, Nessa Barrett had released her second single, titled If U Love Me. The same year in December, she released a ‘dark’ version of Santa Baby. In February 2021, she released the track La Di Die produced by Travis Barker.

Nessa Barrett‘s latest album is titled Pretty Poison and was released in September 2021. The Ep contains seven songs. The release date of this album merges with World Suicide Prevention Day. She explains how she feels the world should be happy whenever it’s right for them.

Nessa Barrett was nominated for the iHeartRadio Music Awards in 2021. The category was Social Star.

She earned her first entry in the Billboard Hot 100 in August 2021 after her song I Hope You’re Miserable Till You’re Dead debuted at number 88 on the chart.

The singer and songwriter Nessa Barrett can be found on various social media platforms, such as the ones below.

Nessa Barrett is said to have dated popular Tiktoker Josh Richards in November 2019. It was an unsteady relationship till March 2021.

In April 2021, she began dating her fellow musician JXDN and the duo split in April 2022.

Nessa Barrett has opened up to the public about her mental health status. She has revealed to the media that she suffers from bipolar disorder, depression, suicide, personality borderline disorder, and eating disorders.

She dedicated her song, Die First, in June 2022 to her best friend Cooper Noriega, who had recently kicked the bucket.

While dishing out her songs out, trying to get the media attention, she became a social media personality. Nessa Barrett is estimated to have a net worth of US$1 million.