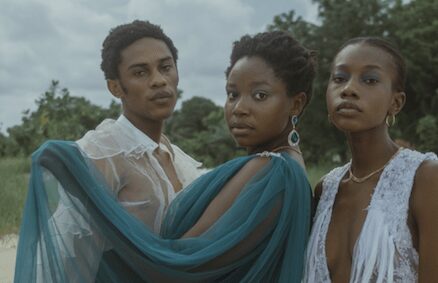 Oluwatosin Adebayo professionally known as Olú is a talented Nigerian neo-soul and R&B singer and songwriter based in Lagos.

She was recently nominated at the 14th Headies Awards.

Olú was born in the city of Lagos in the mid-’90s. She hails from the South-West part of the country.

Growing up, Olú developed a passion for music and decided to pursue a career.

From her teenage years, she had begun penning down poems in her notebooks. Later on, she started writing lyrics of songs.

She released her EP Feels on the 11th of September 2020. The project is made up of seven tracks.

Her single, God Save The Queen was nominated for the Best Alternative Song Category at the 14th Headies Music Awards.

Asides from music, she is also a scientist.

She is slated to perform at CCX Lagos on the 20th of December 2020. The theme of the show is Parlour Sessions With Olú.

In March 2020, she was invited to perform at a book reading organized by Ouida books.

Olú has never been married but is currently in a serious relationship.

The Headies nominated singer, Olú has an estimated net worth of $40,000.