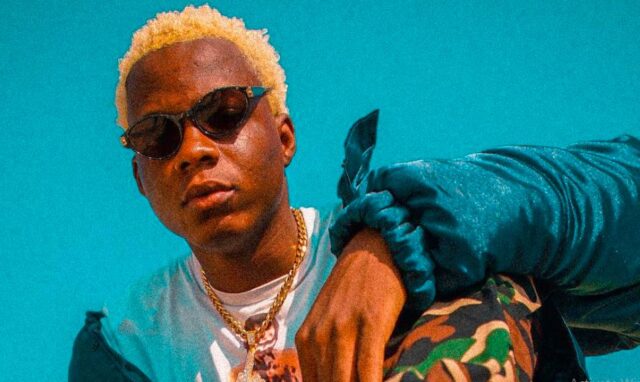 Terri is steadily gaining fame in the Nigerian Music Industry.

His contribution to Wizkid’s song; Soco draws a lot of attention to him and give him fame in the industry.

Terri was born on the 27th of May 1999 in Ifako-Ijaye L.G.A located in the Nigerian commercial state, Lagos. He is the first of four children.

However, nothing is known about his parents. Terri originally hails from Edo State but he was born and bred in Lagos.

Since he was born in Lagos, Terri had most of his early education there too. He gained admission into the University of Lagos to study Marine Insurance but later dropped out to pursue his passion for music.

After he did a song cover for Wizkid and DJ Jimmy Jatt‘s Oshe, Terri gained the attention of the popular Nigerian sensation, Wizkid.

In February 2018, while Terri was only 18 years old, he was signed to one of the Nigerian leading record labels Starboy Entertainment.

Before being noticed by Wizkid, Terri made several attempts at starting up his music career.

He started with the name Stoned Teezy and used his saved lunch money to record songs in a studio but it was during 2016 that his music career began to take shape when he released singles like, Where the Party At featuring Fresh and Remy Martins.

He came into the limelight when he was introduced to Soco, a song written by Wizkid and two others released under the name of Starboy Entertainment.

He went on to release his first official single titled Bia in September 2018 under the Starboy Entertainment record label.
He gained more audience after the release of Soco and Shuu.

Terri recently released his first EP titled Afro series, a compilation of seven tracks, without featuring any other artiste but got help producing from top-class Nigerian producers like Iambeatz, Killertunes etc.

The fast-rising afrobeat artiste, Terri is either single or prefers to keep his love life private as there are not any hints of him having a girlfriend or wife for now.

This is as a result of music shows, music streams, charges for music features etc, which are some of Terri’s sources of income.