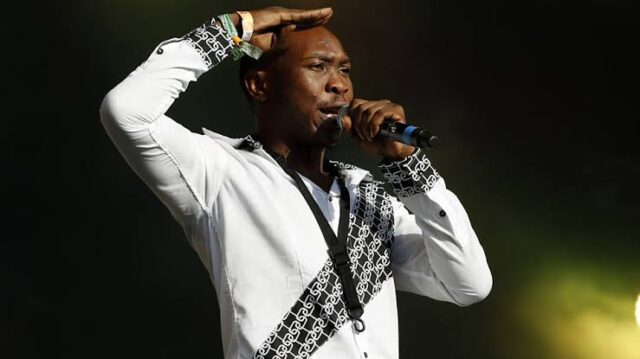 Due to his triumph and musical style and lyrics being that of activism, he has been pronounced to be following his father, Fela Kuti‘s footsteps.

Seun Kuti was born Oluseun Anikulapo Kuti on the 11th of January 1983.

He is a Nigerian singer and the youngest son of Fela Kuti; a famous afrobeat pioneer.

Seun Kuti is the youngest son of the Afrobeat pioneer Fela Kuti, he was born on the 11th of January 1983 in Lagos state.

At the age of five, he showed interest in music and at age nine he started playing in his father’s band, Egypt 80.

Seun Kuti took the role of leading Egypt 80 in 1997 after the death of his father, Fela Kuti.

During his teenage years, he divided his time between schooling and the band.

When he became 18, he dedicated his time to the pursuit of music fully, his shows were a mixture of his and his father’s tunes, although his father never performed on stage his recorded work.

But Seun felt otherwise, so he added them to his compositions. Seun Kuti‘s mother is Fehintola Anikulapo Kuti, she was married to Fela Kuti between1978 to 1986, they were blessed with two children, Seun, and Motunrayo Kuti.

Before they were divorced.

Seun Kuti studied at the Liverpool Institutes for Performing Arts, he went to England like his father to study popular music and sound technology at the age of 19, while putting on hold Egypt 80.

At the tender age of five, Seun Kuti showed his interest in music, at age 9 he told his father he wanted to sing for him, he began singing alongside his father in his father’s band Egypt 80.

He showed his amazing talents by his singing and playing of the saxophone.

When he was 14 years old, the responsibility of directing the band fell on his young shoulders after the passing on of his dad. He has since led the band on global tours.

In 2008, he released his debut album titled many things, the album was received as one of the most exciting releases in the history of music.

He appeared in called 13’s songs; todo se niece on their entren Los Que Quieran album two years later. He is signed under the record label, The Knitting Factory while still working with some producers from his father’s music.

Some of the numbers he has released include;

In 2018, his band was nominated for the Grammys best worlds music album category for international musicians whose work is none western and indigenous.

They have a child which they welcomed on the 16th of December 2013, they named her, Ifafunmike Adara Anikulapo Kuti.

In 2013, he also revealed to his followers on Facebook that his beliefs are the Traditional African Religion.

In 2020, Seun and his wife celebrated 15 years of friendship and the wife gifted him a PS5

The Nigerian talented singer and pianist, Seun Kuti has an estimated net worth of about $1million to $5 million as of 2021.