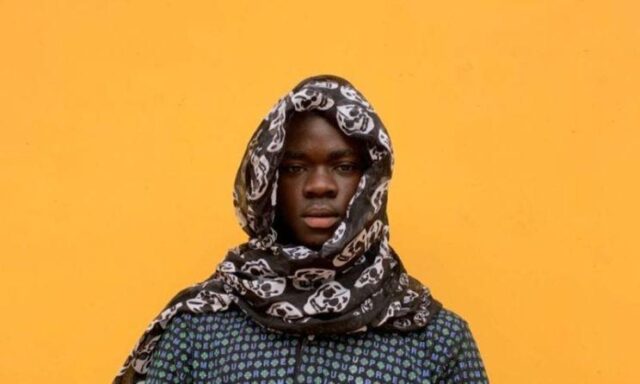 Yaw Tog (born 8 May 2003) is an African rapper and songwriter based in Ghana.

Still a teenager, he rose to fame after releasing his debut single, Sore in September 2020.

The song titled Sore went viral on the internet as many music lovers streamed and downloaded it. It topped Apple Music Chart Ghana for several weeks.

Yaw Tog is a West African and hails from Ghana. He was born in Kumasi on the 8th of May, 2003. He comes from a middle-class family which exposed him to some challenges of life and he was able to see life from a different perspective.

He grew up in one of the busiest neighborhoods in Kumasi with his parents and siblings. This influenced his music style and he started rapping as a teenager. During the weekends and on holidays, Yaw Tog would hang out with some of his friends to showcase his freestyling ability. He also started composing rap songs which he rapped in the presence of his family and buddies.

He is still a student in the esteemed Opoku Ware Senior High School.

After months of honing his craft as a rapper, Yaw Tog decided to specialize in drill rap, which is a form of trap music. He had started taking music seriously in 2018. Together with his friends, O’Kenneth, Reggie, City Boy, and Jay Bahd, he recorded the single, Sore, in a studio in his neighborhood. The song was released to the musical waves on the 3rd Of September 2020. Sore which is a Ghanaian word that means Rise Up in English.

Much to Yaw Tog‘s surprise, the song gained traction and went viral in a matter of days, as several people across the world vibe to the songs. This put Yaw Tog in the spotlight immediately and many Ghanaian and International artists started seeking him to work with him. The quick success of the song made Yaw Tog and his friends shoot a music video as soon as possible. The work was released on the 18th of September 2020.

Sore peaked at Apple Music Chart Ghana, Boomplay, Spotify, and other leading music streaming platforms for weeks. The music video of Sore has over 2.2m views on YouTube.

To capitulate on his success, he decided to do a remix of the song. This time around he collaborated with leading UK rapper, Stormzy, and Ghanaian trap musician, Kwesi Arthur. Though Stormzy is British, his mother is a Ghanaian. This explains why he was more than willing to work with Yaw Tog on the project.

The remix of the song was released on the 4th of March. As predicted by music pundits, it was well-received by music fans as the three rappers didn’t fail to meet expectations and were at their A-game. Millions of people have streamed and downloaded the song. Within a week, the music video of Sore remix has earned 1.6m views on YouTube and the number has been projected to increase astronomically.

Yaw Tog has also released some other singles and worked with other fast-rising artists. He dropped his debut EP, Time in the latter end of 2020. The project has songs like Gold Friend, Mood, and Akatafoc.

Yaw Tog is 19 years old. He is currently signed to Stormzy‘s music imprint. Asides from being Yaw‘s mentor, the older rapper is more like a big brother to him.

Living in the streets of Kumasi helped to shape the kind of music Yaw Tog created. He chose to go into drill rap so as to express the challenges he and other young boys of his age face in Kumasi.

He is one of the leading voices in the drill musical scene in Ghana and it has been speculated that he will achieve more success in the coming years. He speaks English, Pidgin, and Twi fluently.

Yaw Tog is not married and has flaunted no girlfriend.