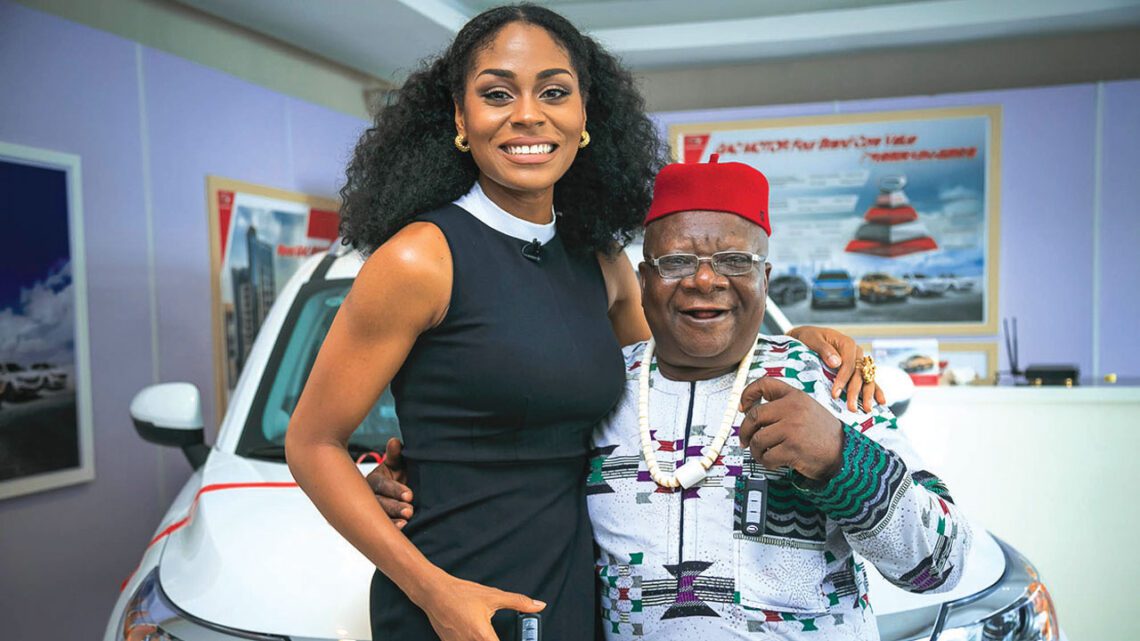 Chika Okpala (Chief Zebrudaya) is one of the Nigerian film industry’s founding fathers, a.k.a Nollywood. Aside from his acting talent, he is also loved for his natural sense of humor.

With the help of his friends, he founded a theatre group called Two Cities; this theatre group was founded right after the infamous Nigerian Biafran War, which took place between 1967 to 1970.

Two Cities was a traveling theatre group that performed in various towns in Anambra State.

He was tutored by his father’s friend in Ahoada, Rivers State, where he served as a house help.

Chika Okpala (Chief Zebrudaya) attended Prince Memorial High School at Onitsha in Anambra State, Southeastern Nigeria, between 1964 to 1972. Then he obtained a Bachelor of Science (B.Sc) degree from Enugu State University of Science and Technology in 1996.

Chika Okpala (Chief Zebrudaya) is known to be one of the founders of Nollywood. He made his official acting debut in 1983 when he starred in a popular NTA sitcom titled New Masquerade.

The series aired for over ten years between 1983 and 1993. From the show, he earned the nickname Chief Zebrudaya Okoroigwe Nwogo alias 4.30, a funny character in the show.

His character in the show, New Masquerade, was typically funny, and his vocabulary was laced with broken and incorrect words. Other casts of New Masquerade include James Iroha as Giringory Akabogu, Lizzy Evoeme as Ovuleria, Claude Eke as Prince as Jegede Sokoya, and the rest.

Before he debuted in 1983, Chika Okpala (Chief Zebrudaya) was in a traveling theatre group known as Two Cities. He founded the theatre group with the aid of his friends, and together they performed across various towns in Anambra State, southeast Nigeria.

He has performed across several states in Nigeria and beyond. He also participated in the Cockcrow At Dawn show in the ‘80s. In 1986, he was invited by the former President of Sierra Leone, Siaka Stevens, to perform on stage.

Aside from acting, Chika Okpala (Chief Zebrudaya) is also a writer. He has written quite a couple of programs, including Ogologo Ndu – Long Life, which he entered for the John Hopkins Awards, and Aim Ike Di Mkpa.

Chika Okpala (Chief Zebrudaya) is a recipient of several honorary awards and recognitions. First, he was made an Officer of the Order of the Niger (OON).

He was awarded Commander of the Federal Republic (CFR) for his role and contributions to the development of Nigerian theatre. He is also a national ambassador of POCACOV.

In addition to that, he has gotten many promotional endorsements from corporate bodies, major companies, and government agencies across Nigeria.

Chika Okpala (Chief Zebrudaya) was honored with a Member of the Order of the Federal Republic (MFR) by the Federal Government of Nigeria for his contribution to the Nigerian entertainment industry. Many media organizations have described him as a living legend.

It is no surprise that the legendary Bro. Chika Okpala, aka Chief Zebrudaya, is one of the most recognized acts in Africa. The funnyman has won several awards in recognition of his roles and contributions to the development of the Nigerian film industry.

On March 4, 2017, the Anambra State-born comedian received what seemed the highest industry-related honor of his life. He won the Africa Magic Viewers Choice Award (AMVCA) 2017 Industry Merit Award, an award that included a brand new car.

Chika Okpala (Chief Zebrudaya) was also recognized for his efforts toward developing the entertainment industry in Nigeria, an award won in the past by the likes of Olu Jacobs and Pete Edochie.

He has also been honored with a Member of the Order of the Federal Republic (MFR) by the Federal Government of Nigeria for his contribution to the Nigerian entertainment industry.

Currently, there’s no information regarding Chika Okpala (Chief Zebrudaya)’s wife and family. It is, however, known that the veteran comedian is married with kids.

The legendary Chika Okpala (Chief Zebrudaya) is quite a successful actor.

His net worth is currently estimated at over US$500,000 (around ₦250 million). He earns the majority of his income from performances on stage and acting.