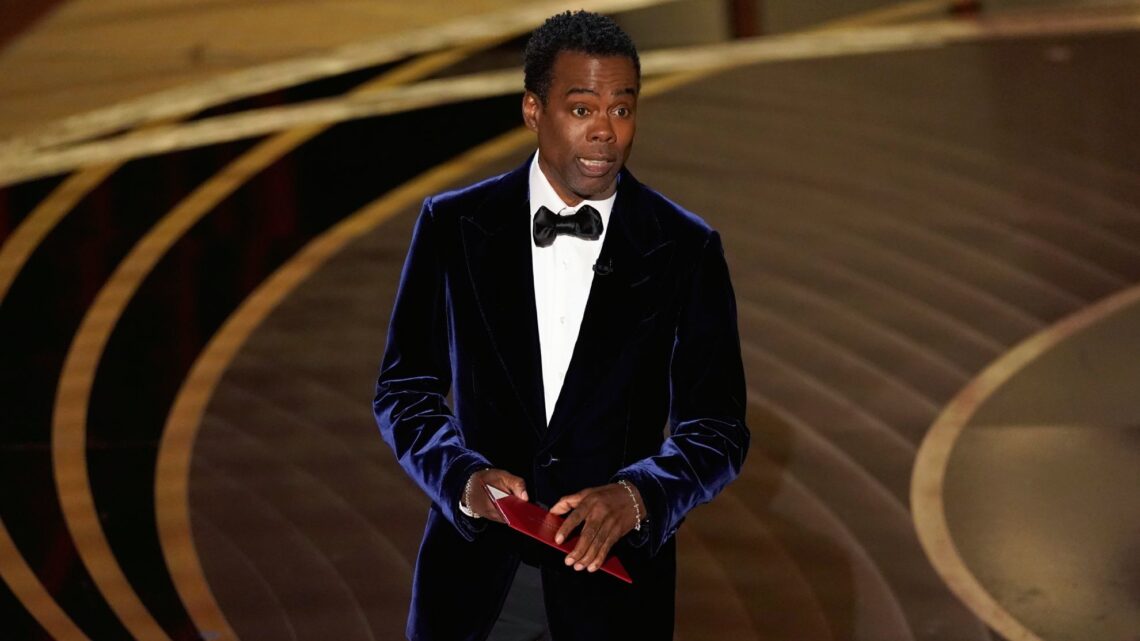 He has spent over 38 years working as a Stand-Up comedian and has starred in hundreds of films.

Chris Rock is the writer and producer of the popular sitcom, Everybody Hates Chris. He has hosted the Academy Awards (Oscars) thrice, in 2005, 2016, and 2022.

Chris Rock was born Christopher Julius Rock on the 7th Of February 1965. He was birthed into the family of Mr. Julius Rock and Mrs. Rosalie Tingman Rock. He was born in Andrews, South Carolina.

Months after Chris Rock‘s birth, his parents decided to move state and began living in Brooklyn, New York. The Rocks first rented an apartment in the Crown Heights neighborhood before moving to the Bedford-Stuyvesant neighborhood a few years later.

Chris Rock‘s father, Julius Rock, worked as a truck driver and newspaper deliveryman while his mom held the jobs of a teacher and social worker (for the mentally handicapped).

He comes from a family of nine, and he is the first child of the family. He has five brothers and one sister. He also has an older paternal half-brother, Charles Rock. His siblings are Tony Rock, Kenny Rock, Andi Rock, Andre Rock, Jordan Rock, Charles Rock, and Brian Rock.

Growing up, Chris Rock suffered from bullying from white students. He had been attending schools in predominantly white neighborhoods. When he became older, and the bullying hadn’t stopped, his parents decided to withdraw him from James Madison High School and enrolled him in a new school. Later on, he dropped out of high school to start working. However, he ended up earning a GED later in life.

Chris Rock picked up comedy when he entered his late teens. In 1984, at the age of nineteen, he began working as a comedian in Catch A Rising Star, located in New York City. Fortune smiled on him when he was noticed by Eddie Murphy, who decided to mentor him.

Eddie Murphy gave Chris Rock his first movie role in Beverly Hills Cops II. After starring in that film, he began to land more roles in the industry and rose through the ranks in the American comedy community.

He appeared on Saturday Night Live as a cast member of the show from 1990 to 1993. While starring in the show, he got film roles in CB4, New York Jack City, and Boomerang. He wrote and produced CB4.

He also began to do comedy specials, which helped increase his growth in the comedy industry. His debut comedy album is titled Born Suspect. He became a national star in 1996 after his second HBO comedy special, Bring The Pain, achieved commercial success. Other HBO specials include Kill The Messenger, Blacker, Never Scared, and Bigger & Blacker.

He also launched his talk show, The Chris Rock Show, which aired on HBO. The show was a critical and commercial success because Chris Rock had interviewed different celebrities and politicians.

He is the writer, producer, and narrator of the successful sitcom, Everybody Hates Chris. The show was based on his early life. His latest comedy special, Chris Rock: Tamborine, was released on Netflix in 2018.

Chris Rock has received nineteen nominations for the Emmy Awards for his work in television and has gone home with four awards so far. He has bagged three Grammy Awards for Best Comedy Album.

The gifted creative Chris Rock has a large following on social media.

Chris Rock is currently 57 years old. He got married to his heartthrob, Malaak Compton-Rock, on the 23rd Of November 1996. Their union was blessed with two daughters. Their first child, Lola Simone Rock, was born in 2002, while the second, Zahra Savannah Rock, was born in 2004.

Chris Rock filed for divorce from his wife in 2014, and it was finalized in 2016. Before the divorce, the couple resided in Alpine, New Jersey.

His younger brothers, Tony Rock, Jordan Rock, and Kenny Rock are also in the entertainment business. Chris Rock ranks No. 5 on Rolling Stone’s list of 50 Best Stand-Up Comedians Of All Time.

In September 2020, he revealed that he had been diagnosed with a non-verbal learning disorder. The disorder is a neurological condition that makes it difficult to understand non-verbal social cues.

Chris Rock tested positive for Coronavirus and announced this on Twitter on the 19th Of September 2021.

Chris Rock is one of Hollywood’s most paid acts. He has amassed a fortune from his acting, writing, filmmaking, and comedy careers.

Chris Rock is estimated to have a net worth of US$60 million to US$90 million.