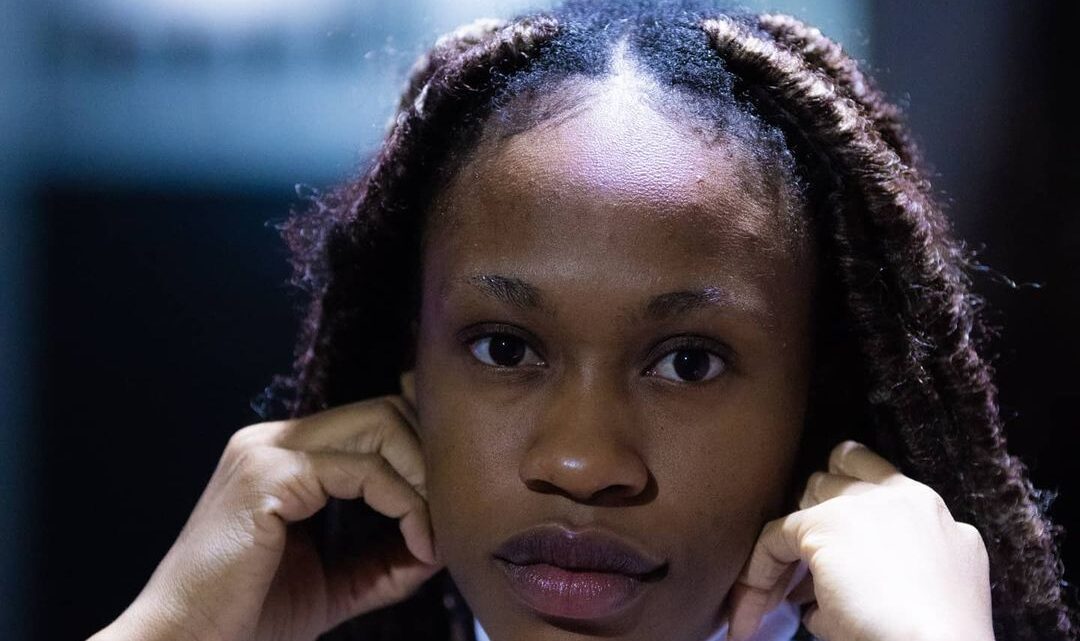 She hit the spotlight after taking to markets, malls, streets and every pictured place where there is gathering, singing to popular songs loudly while on headphones.

Comedian, Crackheadextra was born on the 7th of September in the 1990s. She hails from the southeastern and Igbo tribes part of Nigeria. Crackheadextra is currently aged in the 20s.

Crackheadextra started off as a model while studying in the tertiary institution, she had been involved in series of modeling competitions in order to boost her brand.

Her first model contest was in school which was named among the top 5 finishers. Not to stop there, in 2018, she became the second runner up in the UNIBEN Next Top Model. In that same year, she contested in Face of Charity, emerging the first runner-up.

Crackheadextra who found Winnie Harlow as her role model including the likes of Gigi Hadid and Kendall Jenner didn’t make it big in the modeling industry as a bigger plan was awaiting her.

On September 3, 2020, she uploaded a video singing loudly in a marketplace to Omah Lay‘s Bad Influence; a song off Omah Lay‘s EP, Get Layd. The video immediately became social media sensation as it gathered up reposts from top Nigerian celebrities across social platforms.

Consistently, she uploaded other videos which saw her in several gathering places singing like someone that is on a drug to top songs. Through doing this, Crackheadextra was able to garner over 300,000 Instagram followers.

With her massive success so far, Crackheadextra has smashed ambassadorial deals with Nigerian popular brands. She is still bagging deals as her career in singing comedy keeps expanding.

The social media personality, Crackheadextra is still very much single publicly, she hasn’t announced any boyfriend, spouse or husband to be into the public.