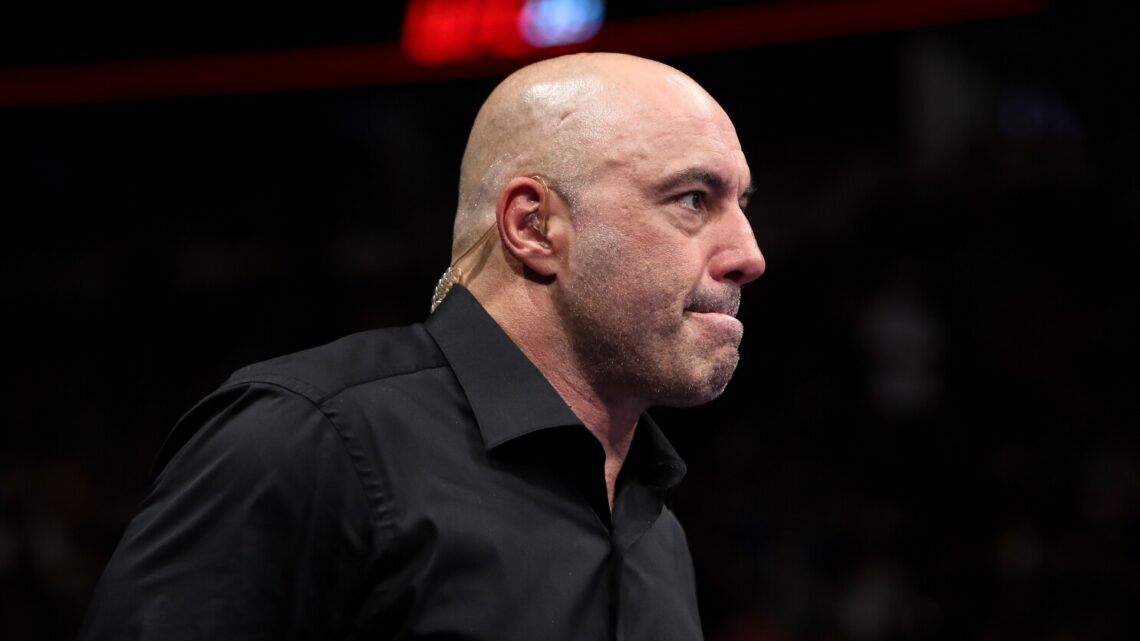 He is an A-list podcaster, UFC colour commentator, comedian, and professional actor. He once worked as a Television presenter.

Joe Rogan is the producer and host of the podcast, The Joe Rogan Experience, where he covers topics on comedy, political events, philosophy, science, and current events, with guests.

Joe Rogan was born on the 11th of August 1967, and his birth was registered with the name Joseph James Rogan.

He was born in Newark, New Jersey, to the family of Mr. and Mrs. Joseph Rogan. His father worked as a police officer with the Newark Police Department.

By the time he turned five, his parents had divorced. Later on, he moved to San Francisco, California, with his family. The family stayed there for four years before switching residence to Gainesville, Florida. Thereafter, they moved to Massachusetts.

Joe Rogan is an alumnus of Newton South High School. He graduated from the school in 1985.

He gained admission into the University of Massachusetts. But he dropped out after two years without bagging his Bachelor’s degree.

Joe Rogan‘s journey into the entertainment world started with a comedy career. He launched his career in 1988. He performed his debut stand-up comedy act on the 27th of August 1988. It was done at an open mic session in a comedy club in Boston.

In 1994, he secured a role on the MTV comedy show Half-Hour Comedy Hour, where he appeared on national television for the first time. That same year, he landed his debut acting role in the Fox sitcom, Hardball. After that, he got a recurring gig with The Comedy Store in Hollywood and performed there regularly.

The next year, in 1995, Joe Rogan was cast in the NBC sitcom NewsRadio. He starred in the series from 1995 to 1999. He played the role of Joe Garelli, an electrician and handyman. While starring in the series, he also worked on a pilot show called Overseas.

In 1997, he began working with Ultimate Fighting Championship (a mixed martial arts promotion) as a backstage and post-fight interviewer. By 2002, Joe Rogan had become a colour commentator for UFC. Also, in 2001, he was hired by NBC to be the host of the American version of Fear Factor. He served as the host of the show from 2001 to 2006.

Joe Rogan released his first comedy special, I’m Gonna Be Dead Somebody, in 2000. Due to the success of this show, he began to host more comedy specials to grow his stand-up comedy career.

In 2009, he launched his podcast, The Joe Rogan Experience. Within six years, it had grown into one of the leading podcasts in the world. In the past decade, the podcast has recorded millions of plays. In 2020, Spotify obtained exclusive distribution rights to the podcast for US$100 million.

In 2009, Joe Rogan got married to his heartthrob, Jessica Ditzel. The couple has two daughters: Lola Rogan and Rose Rogan. Their first child was born in 2008, while the second was born in 2010. He is also a step-father to Jessica Ditzel‘s daughter, Kayja Rose, from a previous relationship.

The family was initially residing in Colorado before they moved to Southern California. They lived in Bell Canyon, California. They recently moved into a US$14 million home in Austin, Texas.

Despite being raised as a Roman Catholic, Joe Rogan has abandoned any form of organized religion. He has vitiligo on his hands and feet.

Joe Rogan has made a fortune from his comedy albums and hosting one of the leading podcasts in the world.

Joe Rogan has an estimated net worth of US$250 million.