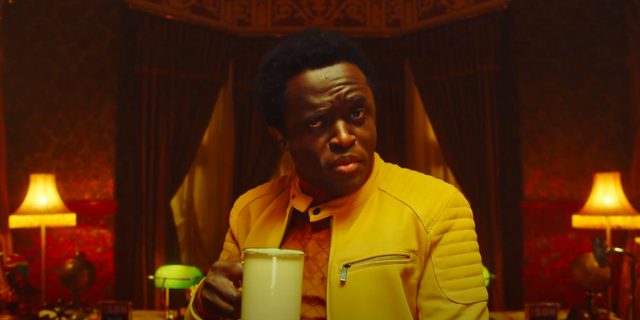 He has a natural ability to make people laugh, which has helped him carve out a niche in the highly competitive entertainment sector.

Many people grumbled that the Covid-19 epidemic made things difficult as many occupations and business enterprises were harmed by the Coronavirus, but Tyson grew in prominence.

He gained notoriety during the lockdown for making a parody of fictional American TV news reporter, Bob O’Connor.

Tyson Ngubeni‘s birthday is June 6th, 1988, and he was born and raised in Soweto in Gauteng, Johannesburg.

He was raised by his parents in a moderately wealthy home. He is extremely private about his family and has not given information on his siblings.

As a small child, Tyson had a propensity of imitating a person’s voice after meeting them for the first time.

Tyson Ngubeni attended Rhodes University, which is a well-known university in South Africa.

He received a Bachelor of Arts Honors in Drama from the institution after finishing his academic sessions.

His second degree, a Bachelor of Journalism, was earned at the same college.

After completing his studies at university, Tyson Ngubeni attempted to start a career in the entertainment industry but was turned down. Then he found a job at a call center, where he was responsible for providing customer support to clients from the Netherlands. His new job as a customer service provider came with a requirement, he had to learn Dutch.

He learned how to talk in a convincing manner so that clients would believe he was from the area (that is, in the Netherlands) as gathered by TheCityCeleb. He spent three (3) years at the contact center before quitting to start a career in comedy.

Tyson Ngubeni’s first comedy solo, The Dark Ages, marked the beginning of his career as a comedian and brought him to the limelight.

Opportunities began to knock as people began to notice his talent to make people laugh. He performed at the National Arts Festival. He’s also an MC, like a lot of other comedians. During the global epidemic, he appeared in the Chicken Licken commercial that was plastered all over the television.

He is also a well-known face on streaming sites. He is a content creator and generates stuff that entices viewers to stay glued to their screens. His creativity and originality which is reflected in the quality of his content have earned him a spot on Showmax’s Funny People Africa to represent the country. Only the top comedians from across Africa are invited to compete.

There are a lot of funny videos on Tyson Ngubeni‘s YouTube channel. Tyson Ngubeni made many viewers and comedy fans giggle with his hilarious content.

Tyson Ngubeni is currently single and has no children. He has been rumored to be in several romantic relationships but he has never confirmed any of the rumors to be true of him having a girlfriend or wife.

He is a philanthropist and works towards helping and providing for people. As his brand has risen in popularity, the comedian utilizes it to raise donations for deserving pupils.

TheCityCeleb.Com gathered that the hilarious multi-gifted South African personality, Tyson Ngubeni has amassed an estimated net worth of $100,000-$250,000.