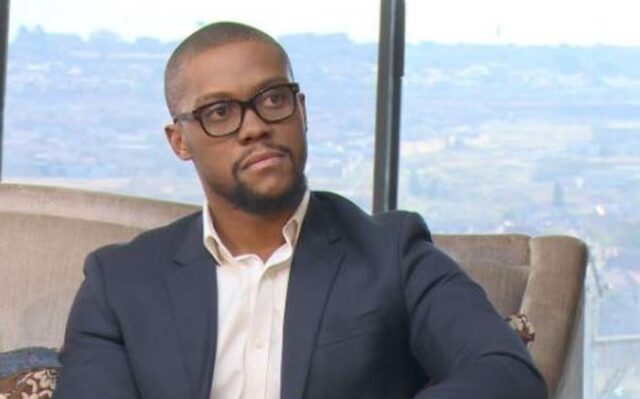 He’s one of the figures who served as the spokesperson for the Department of Home Affairs.

He was born to a South African father and politician, Steve Vukhile Tshwete, and his mother, Pamela Tshwete.

His parents were active voices in the fight against Apartheid in South Africa. His father was a member of the African National Congress and he is also a member having been influenced greatly by his father.

He grew up with two younger siblings his brother, Lindela Tshwete, and his sister, Yonda Tshwete. His father had a close relationship with Nelson Mandela and they both spent time in Robben Island prison during the apartheid era.

After the death of his father in 2002, Nelson Mandela sponsored his education. His mother Pamela Tshwete is a politician and is the current Deputy Minister of Water and Sanitation in South Africa.

Mayihlome Tshwete has a degree in Business Administration from a South African University.

Mayihlome Tshwete‘s family is well known in the South African political sphere. His father served as the former South African Minister of Safety and Security before his death in 2002.

Both Mayihlome Tshwete and his brother Lindela entered politics. He is a member of the African National Congress (ANC) party and has held several political positions since the beginning of his career in 2010.

He resigned from the position in 2018 due to personal reasons and without any drama or commotion. The Department spoke highly of him and wished him luck in his future ambitions.

Shortly afterward, they started their relationship. They tied the knot on the 11th of December 2015 in Gonubie Manor, East London. They had the traditional Xhosa wedding the next day at Eastern Cape in King William’s Town.

Their union is blessed with a son named Vukile (named after Mayihlonme’s father) who was born in March 2016. He actively speaks against Xenophobia in South Africa.