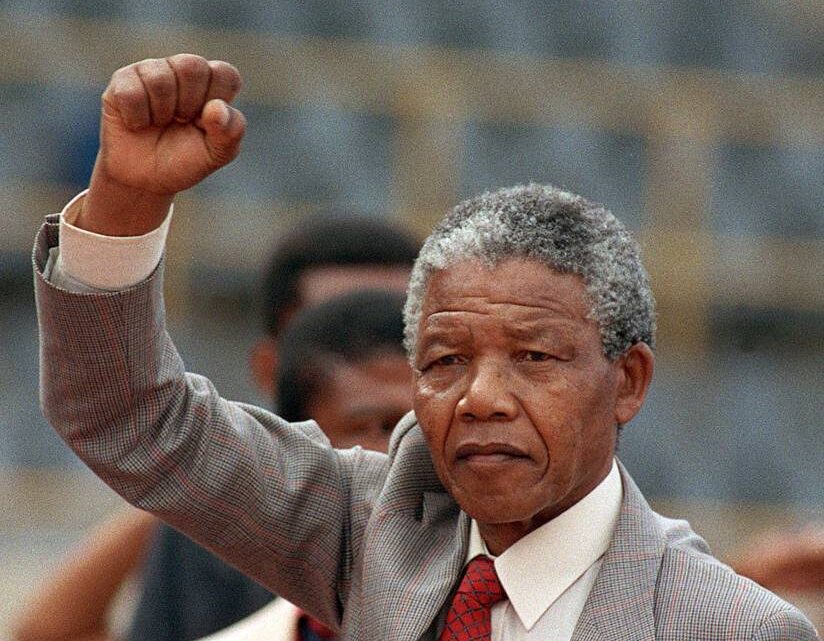 He left a legacy as a revolutionary leader and one of the greatest leaders the country has ever had.

A lawyer by training, he spent most of his adult life fighting against apartheid rule in South Africa.

Due to his selfless actions in fighting for a better life for black South Africans, he was imprisoned by the government for twenty-seven years.

Upon his release, he contested and won the President seat. However, after serving for only one term, he decided not to run for office again and preferred to assume the position of an elder statesman.

Nelson Mandela hails from the royal family of Thembu.

He was born in the village of Mvezo, in Umtata, which is in the present day, Eastern Cape.

A Xhosa by tribe, he was given the name Rolihlahla. The name, when translated into English means, “Troublemaker.”

His paternal great-grandfather had been the King Of the Thembu people. So the name Mandela was his grandfather’s first name.

He comes from a polygamous family as his father had married four wives, with Nelson Mandela‘s mother being the third. He had twelve siblings.

The name “Nelson” was given to him by his teacher. He was the first person in his family to attend school. Though his father was a pagan, his mother was a Christian. And she is the reason why he began schooling in the first place.

At the tender age of nine, he lost his father to the cold hands of death after a battle with lung disease. After his father’s death, his mother put him under the care of one of his uncles, the regent of the Thembu Clan.

Staying with his uncle gave him the opportunity to attend Church services regularly. Living in the palace, he developed a love for African History from listening to tales by elderly visitors.

When he turned sixteen, he underwent the mandatory Ulwaluko circumcision, which signified their transition from boyhood to manhood.

Nelson Mandela started his education at a Local Methodist school in his mother’s village. Thereafter, he studied at the Methodist Mission School close to the palace, where he learnt English, Xhosa, Geography and History.

He studied at Clarkebury Methodist High School for his secondary school education. He attended the institution because he wanted to be gain the knowledge and skills needed to be a privy councillor for the royal family.

After two years of study, he enrolled at HealdTown Methodist College, located in Fort Beaufort, after bagging his Junior Certificate. While studying in school, he engaged in sporting activities during his free time, excelling in boxing and long-distance running. During his second year in the institution, he was appointed a perfect.

After graduating from HealdTown, he decided to pursue a university education. Accordingly, he resumed his studies at the University Of Fort Hare in 1939. However, he was suspended after his first year by the university’s authorities for his involvement in student politics.

While holding a day job, he resumed his studies at the University Of South Africa on a correspondence course. He completely his Bachelor’s Of Arts Degree in 1943. With a B.A under his belt, he chose to further his education by studying Law at the University Of Witwatersrand.

Nelson Mandela was the only Black Law student in the university, and he suffered racism. However, desirous of changing the status quo and fighting against apartheid rule, he joined the African National Congress (ANC).

As Nelson Mandela advanced in the ranks of the ANC, he built allies, people with a similar idealogy with him. Their ideology was that the ANC should carry out direct action, such as strikes and boycotts, against the government’s racial efforts. In 1950, he was elected as the national president of the ANCYL and took up a seat in the federal executive council of the ANC.

By 1952, he had become known as one of the leading Black political figures in South Africa. However, he was arrested that year after he gave a speech to over 10,000 persons. The address had initiated a series of protests in Durban. In May 1952, Nelson Mandela became a regional president of the ANC (Transvaal ANC). However, the authorities trumped-up charges on him that limited his movement, affecting his rule.

In 1956, Nelson Mandela and most of the national executives of the ANC were arrested and arraigned for high treason against the government. After a six-year-long trial, the Judge found them not guilty.

Nelson Mandela faced the greatest challenge of his activism journey when he was arrested in 1962 by the police. The police had put out a warrant for his arrest months back. They finally caught up with him and put him inside the Marshall Square Prison in Johannesburg.

He was trialled and found guilty of inciting workers to go on strikes. He was sentenced to five years imprisonment. While in jail, he was charged again for treason and conspiracy to overthrow the government. The trial, known as the Rivonia trial, began on December 1963 and ended on the 12th Of June 1964 when the judge sentenced him and two co-defendants to life imprisonment.

For the next eighteen years, he served his prison term in Robben Island. He was made to break rocks into gravel and was constantly harassed both physically and verbally by the white prison warders. He also worked in a lime quarry, and due to constant exposure to the glare of the limes, his sight became impaired.

In 1982, he was moved to Pollsmoor Prison in Tokai, Cape Town. Over the years, many people had made calls for his release, but the government remained adamant and refused to let him go. He spent six years at Pollsmoor before being moved to Victor Versen Prison in 1988.

Finally, Nelson Mandela was released from prison on the 11th Of February 1990. He walked out of jail, holding the hands of his wife, Winnie Madikizela-Mandela, as thousands of people waited outside to celebrate his release. His exit from the prison was televised live across the world.

In 1991, after touring many countries, he attended the July 1991 national conference, which had in attendance 1,600 delegates. As a result, he was elected as the new president of the ANC at that conference.

In 1994, Nelson Mandela contested for South Africa’s presidential seat under the ANC. The election, which was held on the 27th of April, 2021, saw the ANC win with a 63% majority.

His presidency began in 1994 and ended in 1999. He chose not to run for a second term due to old age and his ailing health. By 1997, he had stepped down as president of the ANC with Thabo Mbeki, succeeding him. Thabo Mbeki was also the deputy president of South Africa. Midway into the completion of his term, he had delegated more of his duties to Thabo.

He retired from public life in June 1999 to lead a quiet family life and divided his time between his homes in Johannesburg and Qunu. He founded the Nelson Mandela Foundation in 1999 to combat the rise of HIV/AIDS in the country, foster rural development and school construction.

After a long bout with a lung infection, Nelson Mandela died on the 5th Of December 2013 at the age of ninety-five. His death was announced in a statewide broadcast by South Africa’s president, Jacob Zuma. He was given a state burial, attended by dignitaries from all over the world.

His first wife was Evelyn Ntoko Mate in 1944, and they divorced in March 1958. He decided to remarry and wedded Winnie Madikizela-Mandela in June 1958. The couple divorced in 1996.

After courting her for some months, Nelson Mandela got married to Graçal Machel, who was twenty years his junior. They got married on his 80th birthday.

While alive, Nelson Mandela chose not to live a luxurious lifestyle and donated most of his earnings to charity.

At death, his net worth was estimated to be $10-20 million dollars.