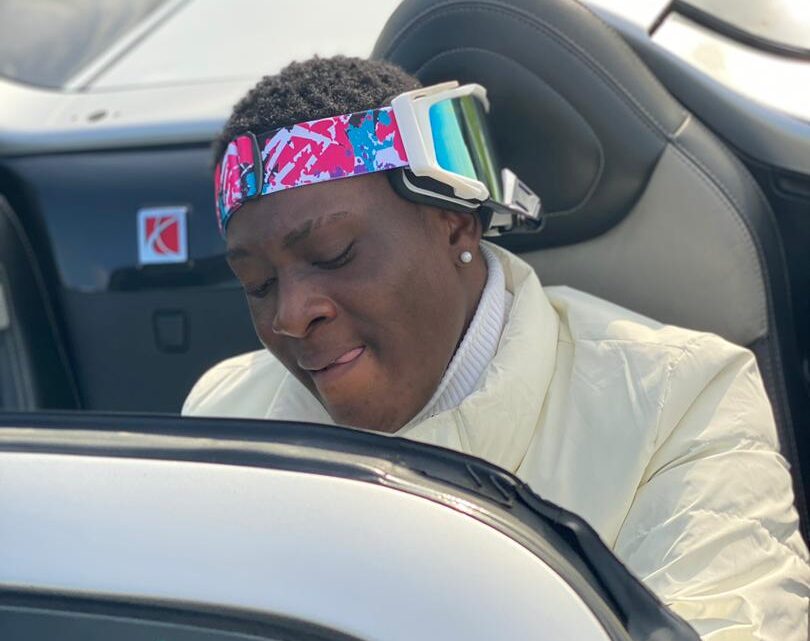 Uyiosa Ikponmwosa Samson (born June 21, 2003) is one of the latest trailblazers in the Nigerian music industry.

The Edo born artist, who goes by Official Genius‘ stage name, is a singer and songwriter.

He took the industry by surprise when he released his debut song, Erima.

The single, which was a hit, threw the spotlight on Official Genius as an artist to watch out for.

He sustained the hype around his talent by dropping the six-track EP titled Helicon.

In June 2020, he solidified his position as an Afrobeats star with his debut album, Kamikaze.

The project has been an enormous success, is currently receiving airplay in many radio stations in Southern Nigeria.

Official Genius was born to the Edo family of Mr and Mrs Uyiosa.

Eight days after his birth, he was given the name Uyiosa Ikponmwosa Samson by his parents.

The name, Ikponmwosa means I Thank The Lord. He hails from the Bini tribe and was born in Benin City.

Growing up, he was called Ikponmwosa by his parents, extended family members and close friends.

He came from a Christian home and was raised in the same faith. It’s the reason why his parents named him Samson in the first place.

He was first inspired by the music discipline when he listened to the humming sounds of birds on trees close to his house and by the instrumentals of some popular songs. And he felt within him a desire to pursue music. He was barely nine at this time.

Spending his formative years in Benin, he developed more interest in music and became influenced by pop, hip-hop, and Afrobeats artists.

Also, it was during this period that he took a fondness for songs released by artists such as A Boogie wit da Hoodie, Rick Ross, 2Baba, Burna Boy and Wizkid.

Coming from a middle-class background, Official Genius‘ parents ensured that he received a quality education.

He obtained his First School Leaving Certificate after five years of study at an elementary school in Benin City.

He began and completed his high school education at Winrose Groups of school, Benin. He graduated from the school after six years with good grades in his West African School Certificate.

For his higher education, he gained admission into Auchi Polytechnic to study Mass Communication & Journalism.

Official Genius has spent most part of his teenage years developing his craft. Early in his creative journey, he decided to bring in elements from different genres to form his own unique original sound.

After years of underground work and learning the ropes of the business, Official Genius decided to kickstart his professional music career in 2020. And he did this by releasing the debut song, Erima. The song was well received by music lovers in Benin.

Encouraged by this success, he went further to work on a six-track EP named Helicon. The EP, which was released in March 2020, had songs like Shade, Déjà vu, Joro, Letter To Ese, Helicon and Manya, on its playlist.

With the EP blazing on major radio stations in the South-South region, Official Genius decided not to put a stop to his creative juice and began work on his debut album. After several weeks of working tirelessly in the studio, the album was released in June 2020.

Titled KAMIKAZE, the album has 21 tracks and features some of the finest artists from different parts of the world – Nigeria, South Africa, Jamaica, the United States, United Kingdom.

In recognition of his creativity, Official Genius won the 2020 Fast-Growing Artist award organized by Joker Awards.

Official Genius was nominated for the Evolution Of The Year award in 2021.

The rising star Official Genius is a popular figure on social media, with thousands of followers who engage with his content.

At the moment, he has 79.8k active followers on his Instagram page.

The talented artist Official Genius turned nineteen on the 21st Of June, 2021. He currently resides in Benin City, where he is actively pushing his career. Dark-in-complexion, Official Genius is a handsome young man, and this is why many of his female fans crush on him.

However, the young artist Official Genius is currently in a serious relationship with a beautiful lady named Mai. His girlfriend is very supportive of his career and showers his love, just like he does to her.

Official Genius is considered a poet by some fans due to the poetic lyricism exhibited in his songs, and he is also admired for his intriguing instrumentals.

Not too long ago, he dropped a cover of 2Pac‘s song, Do For Love, for his Instagram followers.

He is an Indie artist and is currently not signed to any major music label. But he is being managed by Smooth Entertainment. So far, he has released 27 songs, which is an excellent achievement for an upcoming artist.

Because he is an upcoming music act, Official Genius is yet to build a fortune from his career. But this is bound to change with time.