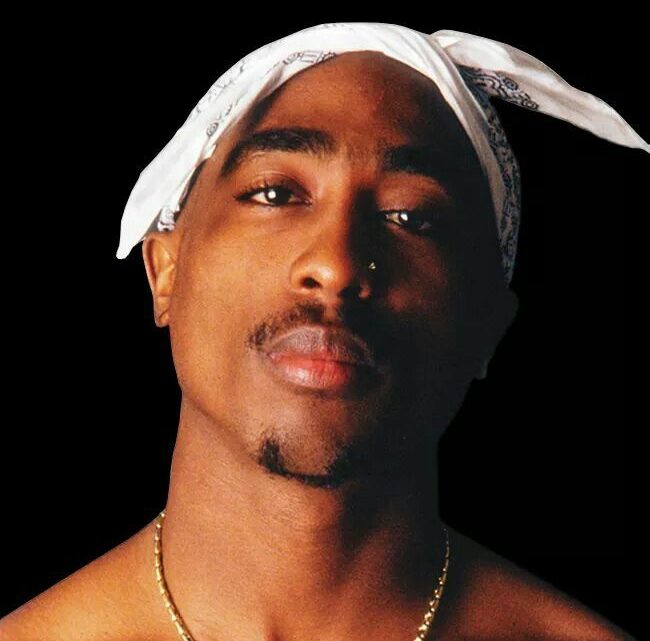 Tupac Amaru Shakur, popularly by his stage name 2Pac, was an American actor, rapper, and songwriter.

He is considered one of the top influential rappers of all time and was well-known for 1990s gangsta rap.

He was one of the top-selling artists, having sold more than 75 million albums to date.

In much of his work, Tupac voiced contemporary social injustices endured by many African Americans.

This made him a spokesperson for his generation and generations to come who face the same inequality.

Tupac ‘2pac’ Shakur was born on 16 June 1971, in Eastern Harlem, New York. While born Lesane Parish Crooks, his mother renamed him Tupac Amaru Shakur at the age of one.

Both his parents Billy Garland and Afeni Shakur were members of the Black Panther Party. His father lost all contact with Afeni by the time Tupac turned five. Later, Afeni gave birth to Sekiya with Mutulu Shakur. Mutulu didn’t stick around either. His mother, Afeni, raised both her children alone.

He spent his early years journeying with his loved ones. They finally settled in Baltimore (Maryland) in 1986. Tupac ‘2pac’ Shakur enrolled at the prestigious Baltimore school for the arts. He studied acting, jazz, poetry, and ballet and won competitions as the school’s best rapper.

Before he could graduate, his family shifted to Marin City (California). It was here he took to selling drugs on the streets and becoming involved in gang culture. In the future, this would provide resources for the lyrics of his rap.

In 1989, Tupac ‘2pac’ Shakur began attending poetry classes by Leila Steinberg. Later, he convinced Steinberg to become his manager, even though she didn’t have any music industry experience.

In January 1991, Tupac ‘2pac’ Shakur, under the stage name 2Pac made his recording debut. The song titled – Same Song soundtracked in the movie, Nothing But Trouble starring Dan Aykroyd. Tupac also appeared on the album, Sons of the P by Digital Underground.

Eventually, Gregory took over Steinberg as the band manager. He also landed Tupac a deal with Interscope Records. A month after the Sons of P, 2Pacalypse Now was released. It was Tupac’s solo debut album.

2Capalypse Now was a complete change from Digital Underground in terms of its tone and content. His albums poetically depicted individual struggles under socioeconomic disadvantage.

Tupac ‘2pac’ Shakur often complained that people misunderstood his lyrics. He said that he wanted to rap about the things that affected Black people. His albums that addressed Black concerns remain relevant to this day.

In 1992, Tupac was cast in the movie, Juice, which was a crime drama. He joined the ranks of rapper-turned actors like Ice Cube and Ice-T.

In late 1993, he formed the group, Thug Life and produced various albums. His album, All Eyes on Me debuted on Billboard charts at the number one position. It sold upward of five million copies in the first year itself. During the same year, he starred in a romantic film, Poetic Justice, opposite Janet Jackson.

Tupac ‘2pac’ Shakur capitalized on his success. He came back to Hollywood starring in movies, Bullet, Gridlock’d, and Gang Related.

In August 1996, Tupac released his fifth and final studio album: The Don Killuminati: The 7 Day Theory. This album was released under a new stage name, Makaveli.

While Tupac ‘2pac’ Shakur enjoyed great fame and success, he was involved in quite some legal drama.

In August 1992, Tupac was charged with the death of Qa’id Walker Teal. Tupac drew his gun during a conflict but later dropped it to the ground. Someone picked it up and the gun fired, killing the 6-year-old. The case was settled outside the court for $3,00,000 to 5,00,000.

In October 1993, Tupac ‘2pac’ Shakur had an altercation with two off-duty police officers in Atlanta. Tupac shot and wounded one in the buttock and the other on the leg. However, charges were dropped after it was found that the police officers had initiated the incident.

This case illustrated how some police treated African Americans differently, which Tupac had been talking about in his music.

In early 1994, Tupac served 15 days in jail for assaulting the director Allen Hughes. Allen had fired Tupac from the set of the movie, Menace II Society for being disruptive.

In November 1994, two young black men shot Tupac multiple times in the lobby of a Manhattan recording studio, Quad. Tupac believed his rap rival Biggie also known as The Notorious B.I.G was behind the shootings.

In February 1995, Tupac ‘2pac’ Shakur was convicted of sexual assault of a female fan. Tupac was paroled after eight months in jail. Once out, Tupac was signed by Death Row Records.

In June 1996, Tupac released the song, Hit ‘Em Up aimed at Biggie and Sean Combs. Within three months, Tupac was murdered.

On September 7, 1996, Tupac was in Las Vegas where he was inflicted with gunshot wounds. On September 13, 1996, six days after the incident he succumbed to his injuries. His death remains unresolved.

While Tupac ‘2pac’ Shakur was in prison, he got married to Keisha Morris. Later on, he was also involved with now Will Smith Wife, Jada Pinkett Smith. 2pac has a daughter and only child, Jaycee Shakur.

Over the years, Tupac’s estate has earned tens of millions of posthumously released albums, merchandise sales, and various other forms of image licensing.

The Rolling Stone placed him at number 86 among 100 great artists of all time in 2010. The Source magazine ranked Tupac fifth among all-time lyricists in 2012.

Shristi is a content writer and owner of F and B Recipes. She enjoys creating a List of Citrus Fruits or a list of “Things That Make Happy”. Formerly the Chief Content Officer at Raletta, she is currently working on her second cookbook.