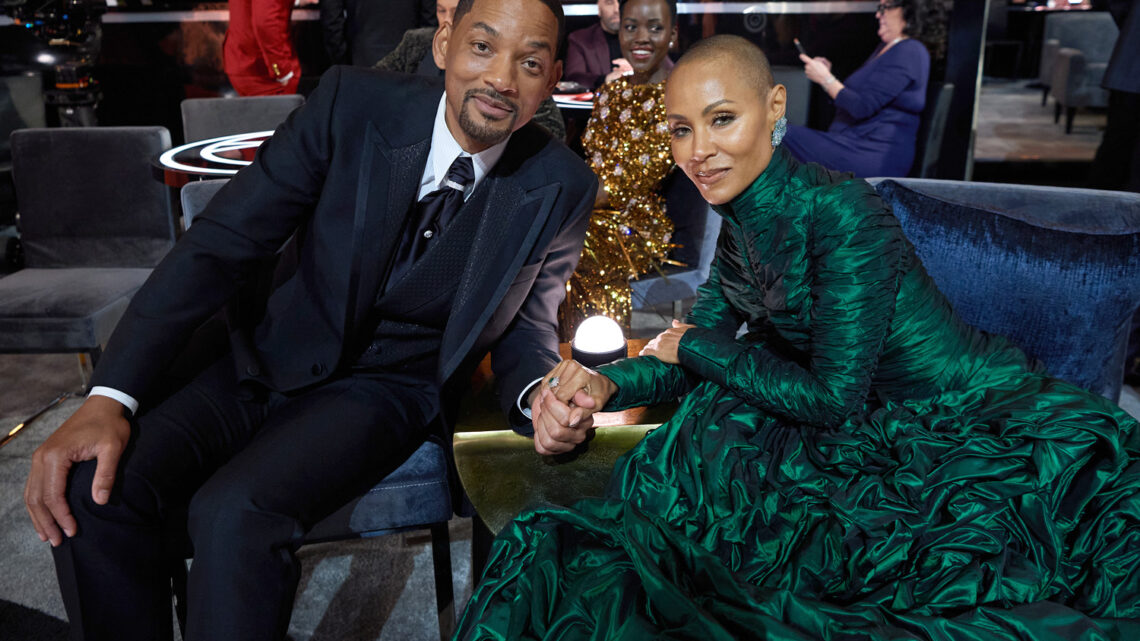 Jada Koren Pinkett Smith (born September 18, 1971) is an American actress and producer who is one of the leading figures in Hollywood.

A popular personality in the Black American community, she is also a talk show host, screenwriter, and singer. She is a co-host of the Facebook Watch talk show, Red Table Talk, and has received a Daytime Emmy Award in recognition of her work.

Jada Pinkett Smith came to the limelight in 1990 after she was cast to play a supporting role in the sitcom, A Different World. She is married to actor, Will Smith.

Jada Pinkett Smith was born on the 18th Of September 1971, in Baltimore, Maryland. She had been conceived while her mother was still in high school, and her father worked at a construction company.

Her parents are Mr. Robsol Pinkett Jr. and Mrs. Adrienne Banfield-Jones. The couple got married after Adrienne became pregnant but divorced months after. She has a brother named Caleeb Pinkett.

She was raised by her mother and grandmother, Ms. Marion Martin Banfield, a Jamaican who worked as a social worker.

Jada Pinkett Smith has African-American roots from her father, while she is of Jamaican and Bajan descent on her mother’s side.

Growing up, Jada Pinkett Smith‘s mum worked as a health practitioner and was the Head Nurse of a Baltimore inner-city clinic. As a child, she had a passion for the performing arts. Her grandmother noticed this and decided to enroll her in piano, tap dance, and ballet lessons.

In her late teens, she befriended late rapper, Tupac Shakur, who she met while attending the Baltimore School Of Arts.

After graduating from a public-owned high school, Jada Pinkett Smith attended the prestigious Baltimore School for the Arts.

She majored in Dance and Theatre at the institution and graduated in 1989.

Jada Pinkett Smith launched her acting career in 1990 when she landed a role in the television series, True Colors.

However, her role in the sitcom, A Different World, produced by Bill Cosby, brought her to the limelight. She played the role of Lena James in 46 episodes of the show, which aired from 1991 to 1993.

In 1991, she received guest roles in the television shows 21 Jump Street and Doogie Howser, M.D. She got her first film role in 1991 when she acted in the movie, Menace II Society. She had been recommended for the role by Tupac Shakur. The film paved the way for Jada Pinkett Smith to receive more acting roles, and she has grown into one of the top-rated actresses in the industry.

For a career spanning three decades, she has scored a lot of wins in Hollywood. She has appeared in films such as The Nutty Professor, Scream 2, Collateral, Ali, Girls Trip, Bad Moms, Magic Mike XXL, Hawthorne, Madagascar Films, Angel Has Fallen, Gotham, Set It Off, Return To Paradise, Bamboozled, Kingdom Come and The Matrix Films.

She produced the Broadway musical Fela!, which earned her a Tony Award for Best Musical nomination.

Jada Pinkett Smith launched her singing career in 2002 when she formed a heavy metal band, Wicked Wisdom. She served as a songwriter and singer in the band. On the 21st of September 2006, the band released its self-titled debut album. The album was a commercial success and made it to the Billboard Top Heatseekers Chart.

She is also a successful talk show host. She began to host the Facebook Watch talk show, Red Talk Show, in 2018. The show features her mother, Adrienne Banfield-Norris, and daughter, Willow Smith, as co-hosts. In recognition of her work as the show’s host, she was named to Time magazine’s 100 Most Influential People In The World.

As a media entrepreneur, she co-runs Westbrook Inc., which she co-founded with her husband, Will Smith. Jada Pinkett Smith has produced scores of films, documentaries, and television series through the media company.

Jada Pinkett Smith is one of the leading female global icons. Over the years, she has built up a large fan base that cuts across different continents.

Jada Pinkett Smith turned 51 years on the 18th Of September, and her family members organized a private dinner party to celebrate her golden jubilee. The party was well-attended by close friends of the Smith family.

Jada Pinkett Smith is married to actor and rapper, Will Smith. The couple got married on the 31st Of December 1997 in a ceremony held at The Cloisters, which is close to Baltimore. She was already three months pregnant at the time.

The couple owns an expensive home in Malibu situated on 100 acres of land.

Initially, Jada Pinkett Smith denied the allegation but later confirmed it on her show, Red Table Talk. But she stated that the affair had happened while she and Will Smith were separated from each other.

Jada Pinkett Smith is the Co-founder of Hey Humans Offi, a personal care brand that uses vegan materials for packaging its products. She is also the Co-Founder of Westbrook Inc., a production company partly owned by her husband.

Jada Pinkett Smith has had an encounter with Todd 1 (1992). She is rumoured to have hooked up with Dalvin DeGrate.

Jada Pinkett Smith is one of the highest-paid actresses in the world. She also generates revenue from her entrepreneurial ventures.

Jada Pinkett Smith is estimated to amass a net worth of US$30 million to US$50 million.