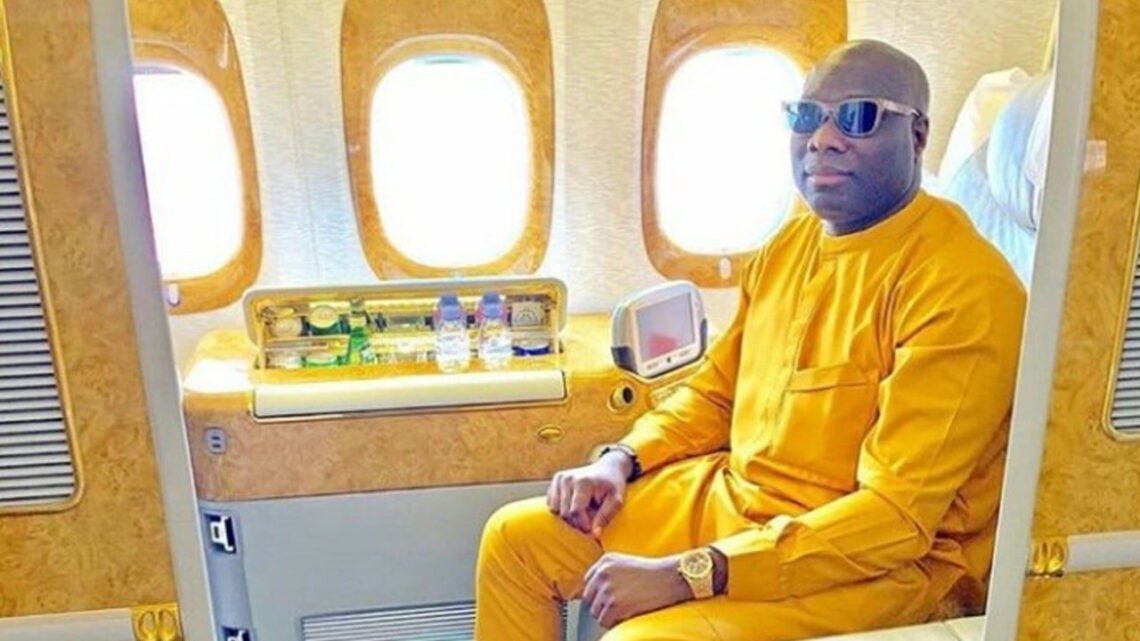 He is the Chief Executive Officer (CEO) of Mompha Bureau De Change, which is situated at Bankole Street, Lagos Island.

His intermittent display of exotic possessions on Instagram made him a noticeable figure on social media, with his circle of friends which include famous music artists such as Tiwa Savage, Davido, and Patoranking.

Ismaila Mustapha a.k.a Mompha was born and bred in Lagos State. After his birth on the 16th of June, 1979, he spent the next years of his life under the grooming of his parents at Ikorodu.

His father was a very devoted Muslim while his mother exuded an expatriate level of trading in a local market. They were both indigenes of Oyo State but moved to the city for a better life.

His taste for the good things of life stemmed from his humble beginnings and his choice of friends at the time. More so, Mompha‘s kind gestures have drawn appreciation from his family and friends alike; within his childhood community.

Due to his level of exposure, he is also regarded as a big-time socialite, well respected by many on social media as well as on a personal level.

Mompha attended Government College in Ikorodu Local Government Area of Lagos State. During his time as a secondary school student, he began to lay down the foundation of his investment ideology and remained faithful to his goals.

Even though he wasn’t amongst the brightest academia of his set, Mompha was still respected by his peers and teachers alike.

The Nigerian billionaire is currently regarded as a successful financial character. His company; known as Mompha Bureau De Change, is situated at Bankole Street, Lagos Island. He is also the Chief Executive Officer (CEO) of the same business organization.

With a very pronounced display of his possessions, Mompha has racked up so much attention to his domain in recent years.

His immediate circle of friends which includes Music artists such as Tiwa Savage, Davido, and Patoranking has not gone unnoticed. Recently, he was also spotted with Kaduna State Governor and former Director-General of the Bureau of Public Enterprises, and also the former Minister of the Federal Capital Territory, Abuja, Mallam Nasiru El Rufai.

He is also a regular traveler, shuffling between Nigeria and the United Arab Emirates on his private aircraft. He is currently married to a Muslim woman and is a father of two kids. His son’s name is Muhammed Lawal Mustapha.

Several months back, Mompha was reportedly charged by the Economics and Financial Crimes Commission (EFCC) for a money-laundering activity, just like his one-time good pal; Hushpuppi, sometime in 2020.

Asides from his regular display of exotic holidays, and expensive clothing on Instagram, the 42-year-old billionaire, Mompha has also shown his high-class taste for cars in recent times. Some of these cars are;

Although Mompha had come out to state categorically his worth, recent updates on his possessions as well as his net earnings prove he’s worth $15,000,000.