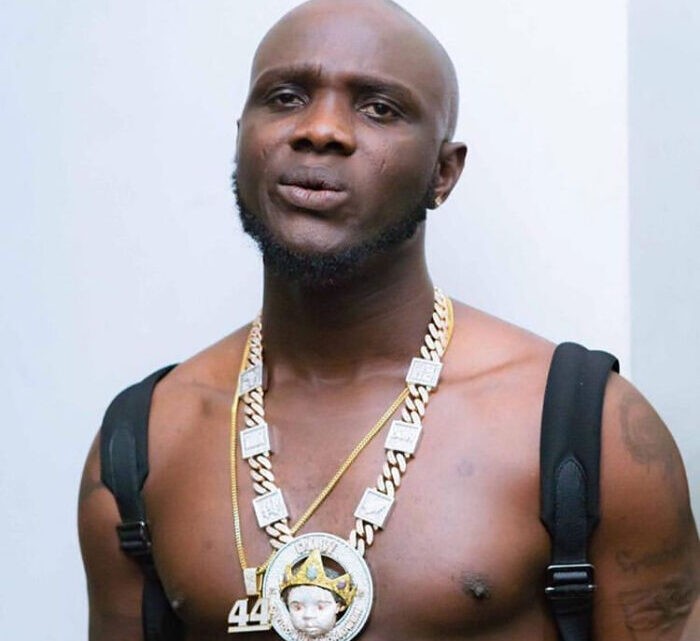 He was known in the music industry as Obama DMW. He was the Founder and CEO of the Obama Music Worldwide (OMW) record label.

He was affiliated with the Davido Music Worldwide family and 30 Billion Gang.

Obama DMW was born to the illustrious family of Uthman in the late 80s. He was bred in the commercial city of Lagos.

He was raised in a Muslim household. As a teenager, he always had an interest in the entertainment business. This explained why he always attended and organized music shows while he was a university student.

Though he was a science student, he started managing upcoming artists in his institution of learning.

He bagged a degree in Mechanical Engineering from the University of Lagos.

After completing his university education, Obama DMW emigrated to Canada to pursue greener pastures. While in the country, he studied artiste management.

When he returned back to Nigeria, he co-founded a recorded label with his friend. The label was called, Holla At Your Boy. But the label folded up after the death of his partner.

A few years later, he decided to found another record label and named it Obama Music Worldwide (OMW). By this time, Obama DMW has become acquainted with Afrobeats star, Davido.

Over the years, Obama DMW has grown to be one of Davido‘s key men and he is a high-ranking member of the 30 Billion Gang family. He was one of those who control access to the music star. OMW is closely affiliated with DMW.

In 2020, Obama DMW signed upcoming singer, Ayanfe to his record label. He has helped groomed Ayanfe into a better musician and the latter is one of the fast-rising artists in the country at the moment.

Ayanfe is the brain behind the hit singles, Focus and Ori Mi, which trended on local music charts for several months.

As a music executive and talent manager, Obama DMW was passionate about raising upcoming African artists and promoting their music on the global stage.

He generated controversy in the latter part of 2020 after he called Wizkid‘s album, Made In Lagos, Wack. He had taken to his Instagram page to express his regret over the quality of work Wizkid had put into his latest project. According to Obama, Ayanfe‘s EP is far better than Wizkid‘s album.

These statements generated quite a stir on social media as many of Wizkid‘s fans berated Obama for his remarks.

Obama DMW has a very active social media profile. He has over 112k followers on Instagram.

Obama DMW was one of the most eligible bachelors in Nigeria at the moment, he was not married and has flaunted no girlfriend. This was because he was a very successful and handsome man.

He was rumored to have dated Nigerian singer, Tiwa Savage but their relationship hit the rock when Tiwa Savage had a miscarriage.

He resided in a beautiful apartment in Lekki, Lagos, and owned a number of exotic rides. He toured several countries due to his role in the entertainment business.

The media space was left heartbroken on the 29th of June, 2021 as the news broke out that Obama DMW is dead. The cause of his death has been linked to suspected heart failure.

It was noted that he died in the hospital after driving himself down to run a test and checkup due to difficulties in breathing. He died in a Lagos State, Nigerian hospital.