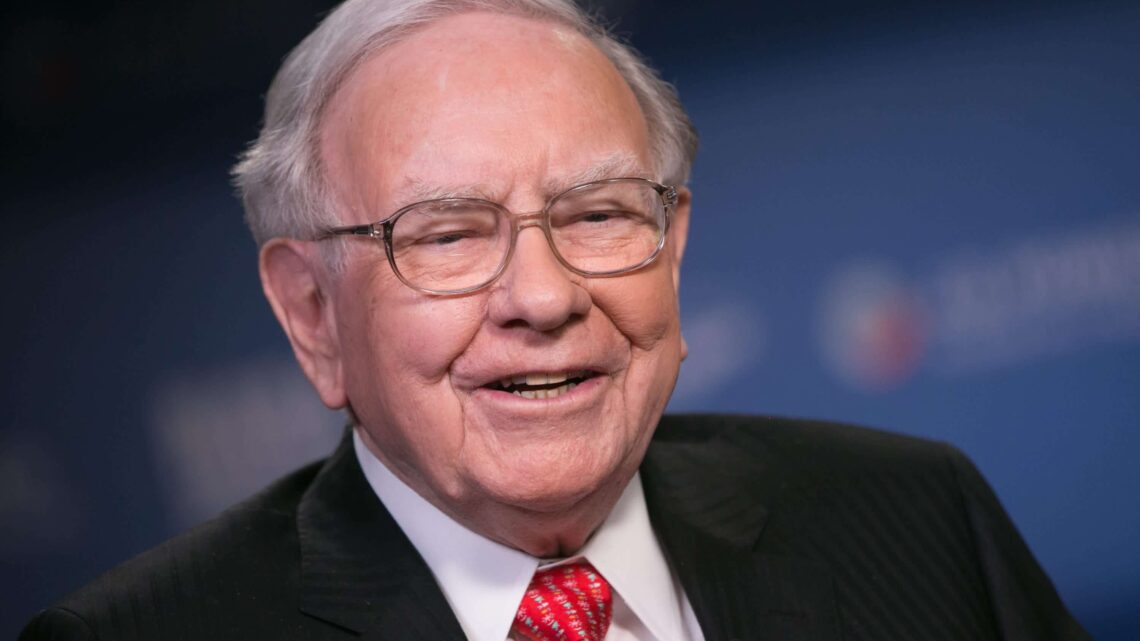 He presently serves as chairman and CEO of Berkshire Hathaway. He is one of the world’s most successful investors, with a net worth of more than US$125 billion, making him the world’s fifth-richest person.

Warren Buffett was born in the United States in Omaha, Nebraska. He was interested in business and investment during his teens, and interestingly, his childhood interest led him to become the wealthiest man in the world.

Warren Buffett was born in Omaha, Nebraska, on August 30th, 1930. He is the second of three children and the only son of Congressman named Howard Buffett (father) and Leila Buffett (mother).

He has two sisters whose names are Roberta Buffett Elliott and Doris Buffett.

Rose Hill Elementary School was where Warren Buffet began his education. When he finished elementary school, he enrolled at the Alice Deal Junior High School but graduated from Woodrow Wilson High School in 1947.

In the year 1942, his father was elected to the first of four terms in the United States Congress. As a result, he moved from Omaha, Nebraska, with his family to Washington, D.C.

Warren Buffett has always been business-oriented, right from his childhood days. He planned to finish school and go straight into business. He did as he planned, and he recorded a lot of success. One Thousand Ways to Make $1000, a book he borrowed from the Omaha public library when he was seven, motivated him to venture into the business world.

Warren Buffett spent much of his childhood days engaged in entrepreneurial endeavors. He sold chewing gum, Coca-Cola bottles, and monthly magazines door to door as one of his early business operations.

Warren Buffett made cool money delivering newspapers, selling golf balls and stamps, and polishing automobiles while still in high school. The list of businesses he tried out is endless.

Warren Buffett enrolled in the University of Pennsylvania‘s Wharton School in 1947. He wanted to stay focused on his business, but his father insisted on enrolling him.

Warren Buffett enrolled for two years of academic sessions, eventually becoming an Alpha Sigma Phi fraternity member. Afterward, he transferred to the University of Nebraska, where he earned a bachelor’s degree in business administration at 19.

In 1951, he graduated from Columbia University with a master’s degree in economics. He went on to the New York Institute of Finance after graduation.

Susan Alice Buffett, their daughter, lives in Omaha and serves on the national board of Girls, Inc., as well as doing humanitarian work through the Susan A. Buffett Foundation.

In 2006, Warren Buffett got married to his lifelong friend, Astrid Menks, who was at the age of 60, on his 76th birthday. Astrid Menks had been living with him since he and his wife separated in 1977. He is also blessed with grandchildren who are Howard Warren Buffett and Nicole Buffett.

Warren Buffett found Graham on the board of GEICO insurance in the year 1951. He owned three partnerships in 1957. He paid US$31,500 for a five-bedroom stucco house in Omaha, where he resides.

Warren Buffett met with partners, such as Charlie Munger, in 1959, when the company had grown to six partnerships. He claimed up to seven partnerships by 1960.

Warren Buffett asked one of his partners, a doctor, to recruit ten more doctors to invest US$10,000 in his business. Eleven people eventually agreed, and Warren Buffett merged their money with his US$100 contribution.

According to Forbes, Warren Buffet is the fifth wealthiest man in the world and has an estimated net worth of US$124.3 billion.

Top Celebrities Who Use Coupons: Prepare Yourself To Get Surprised