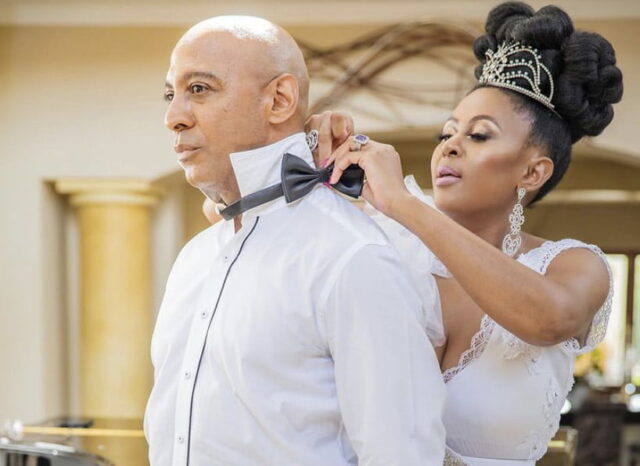 At the age of 16, she won The Miss Soweto and Miss Black South Africa, which launched her career.

She has also crowned Miss South Africa in 1994 and placed first runner-up in Miss World the following year.

Her alma mater was Thabisang Primary School. When the Soweto schools became unsafe in 1986, Basetsana Kumalo was transferred to Trinity Secondary School in Lenasia.

Before and during her reign as Miss South Africa, Basetsana Kumalo dated boxer Dingaan Thobela. She met her husband Romeo Kumalo, a Vodacom executive and former presenter when she was elected Miss Soweto.

They started dating in 1997 and married in 2000. Nkosinathi Gabriel Kumalo, Basetsana Kumalo‘s first child, was born in 2005. A second son, uShaka Kgositsile Emmanuel Kumalo, was born in 2012. She also has a third child (daughter) named Bontle ba Morena Jasmine Kumalo.

She won Miss South Africa 1990/1991 and represented her country at the Miss Universe pageant later that year at the age of 16.

The Business Women’s Association of South Africa is led by Basetsana Kumalo, who is also its President. Through a transaction with her investment company Pro Direct 189, in 2008, she became a new Tawana shareholder.

According to sources, Basetsana Kumalo currently has a whopping net worth estimation of US$5 million.