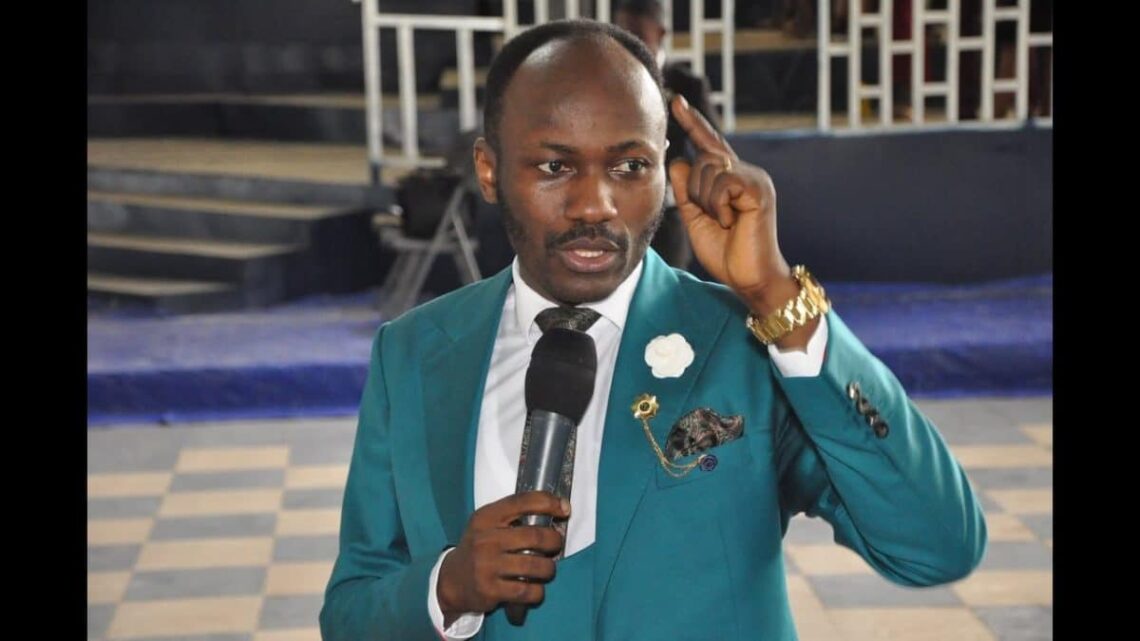 Apostle Johnson Suleman founded the church ten years after receiving the vision from God and service with the Armor of God Church.

With headquarters in Auchi, Edo State, the church has evolved to include branches globally in the United States, Ghana, Turkey, South Africa, and many other nations.

This article is centred around the bio, early life, education, and other relevant information about Apostle Johnson Suleman.

According to Apostle Johnson Suleman, he was acclaimed to be a billionaire while still in school at the age of 19. He was transporting cocoa on trucks from his state to Nigeria’s northern region at the time.

Coming to his education, Apostle Johnson Suleman has a Bachelor’s degree in Mass Communications as well as a Doctorate in Human Resource Development.

The ministry of Apostle Johnson Suleman began when three Prophets from Warri came to Benin (his birthplace) with a message from God. When his parents inquired about the message, they were told that God had told them that “a prophet who would minister in God’s presence has been born.” His parents refused to listen any further because they were Muslims and did not believe their son could ever leave the faith.

Apostle Johnson Suleman‘s parents noticed that he acted differently from his peers as he grew older. Even while going to the mosque with his father, he had a soft spot for God’s ordinances. He felt he wasn’t on the right track. He was at Auchi for his secondary studies when he met CHRIST, but the pressures he was under forced him to retire for a while. He returned to Benin after a short while and reconciled with God.

On June 20, 1994, Apostle Johnson Suleman had a revelation when he was given an image of the globe with Acts 10:38 written on it.

Before launching his ministry, Apostle Johnson Suleman worked as an associate pastor in the Armor of God Church. God’s message inspired the name Omega Fire Ministries: “Put a stop to affliction; I am sending you with an Omega Anointing.”

Omega Fire Ministries has now spread to more than 52 countries across five continents by the Powerful Hands of God.

One of his children’s names is Divine Johnson-Suleman, who happens to be his daughter.

Canadian-based vocalist, Stephanie Otobo, has taken steps to deliver recordings demonstrating her old case of a supposed sexual relationship with General Overseer of Omega Fire Ministries, Apostle Johnson Suleman. Stephanie Otobo, in a progression of the tweet on Monday, shared screen captures of video talks she asserted were of herself and the minister.

Stephanie Otobo rehashed old cases of her supposed loving relationship with the minister. She blamed the minister for harming and attempting to kill her, adding that he utilized ‘juju’ against her.

Stephanie Otobo and Apostle Johnson Suleman were first in the information in 2017 when the artist sued the evangelist for attack and inappropriate behaviour. One of the screen captures she shared on her Twitter handle showed a man holding his masculinity.

Stephanie Otobo said: “If these screen captures were phoney, how could I get his pics that aren’t public in any case and why I’m quick to deliver this sort of pics of him? He has changed his hairdo two times since I emerged to make some noise with receipts. He has done a great deal to seem unique.

“On the off chance that the d*ck pic isn’t his, what is he going to say about the scar to his left side thigh? His significant other can’t reject that scar. How could I realize he has a scar to his left side thigh on the off chance that we didn’t have closeness? Haha. Assuming he denies it, he ought to open up his thigh; how about we see. His nails also say everything.”

She affirmed that the pastor attempted to prevent her from advancing and nearly took her life.

“Certain individuals continued to ask why I came out uncovering Apostle Johnson Suleman and why I haven’t given up from that point forward. I won’t ever want to. He pushed me to the divider, and the main way I could retaliate was to shout out and spread the word. Satan grins.

With a net worth of US$1.2 million, Apostle Johnson Suleman is one of Nigeria’s wealthiest pastors.

He is also one of the few Nigerians with private planes. He bought his private plane in April 2019, just before announcing that he would be creating his airline with over 3000 employees.

Connect with Apostle Johnson Suleman via: