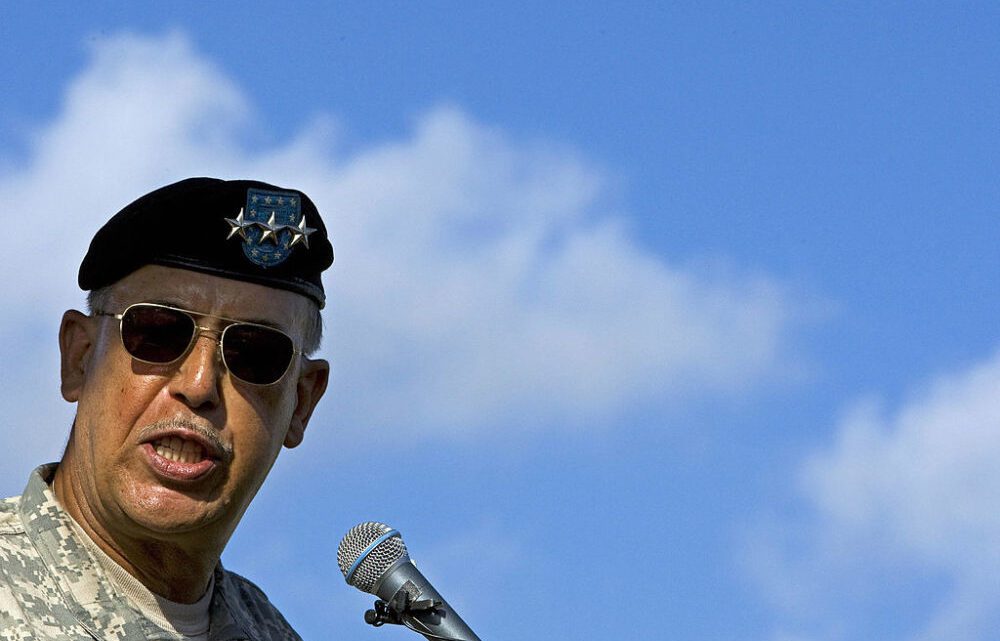 Russel Honoré is best known for commanding the Katrina Joint Task Force. He was in charge of coordinating military relief efforts for Hurricane Katrina-affected areas along the Gulf Coast, as well as commanding the 2nd Infantry Division in South Korea.

He remained in the Army until January 11, 2008, when he retired. Russel Honoré is also known as “The Ragin’ Cajun“.

General Russel L. Honore, widely known as “The Ragin Cajun,” was born in Lakeland, Louisiana, United States. He is the ninth of twelve children of a Pointe Coupee Parish-based Louisiana Créole family.

Among the Cane River Créoles, the Honoré surname still exists. He was born on 15th of September 1947 to Honore Udell (mother) and Honore Lloyd (father).

The international civilian Center for Creative Leadership provided him with leadership development training.

Russel Honoré identifies himself as an “African-American Creole,” a person of mixed French, African, American Indian, and Spanish ancestry.

He married Beverly Honoré in 1971, and their union is blessed with four children: Steven Honore, Kimberly Honore, Stephanie Honore, and Michael Honore.

Russel Honoré and his wife, Beverly, live in Baton Rouge, Louisiana, with their four children.

Russel Honoré served in several command and staff positions in South Korea and Germany even before he was appointed Commander in the United States Army on July 15, 2004.

Soldiers from the 2nd Infantry Division were on a training assignment near the North Korean border on June 13, 2002, when their vehicle collided with and killed two 14-year-old girls on a narrow public road in South Korea. Sgt. Mark Walker and Sgt. Fernando Nino was charged with negligent homicide by the US military in July 2002.

They were found not guilty after that. Russel Honoré (then a major general) replied by paying a visit to the victims’ parents and promised that the US military would construct a memorial to the girls at the accident site.

Speaker of the House Nancy Pelosi said on January 15, 2021, that Russel Honoré will oversee an investigation into security shortcomings following the attack on the US Capitol, focusing on “security infrastructure, interagency processes and procedures, and command and control.”

On December 30, 2005, during halftime of the Independence Bowl in Shreveport, Louisiana, Russel Honoré won the Omar N. Bradley “Spirit of Independence Award” for his work in the recovery of New Orleans following Hurricane Katrina.

After what was widely perceived as a dismal performance by state and municipal authorities, including the Federal Emergency Management Agency (FEMA) and its director Michael D. Brown, Russel Honoré arrived in New Orleans.

Russel Honoré has an estimated net worth of over US$1 million to US$3 million. He makes the majority of his fortune serving in the United States army.