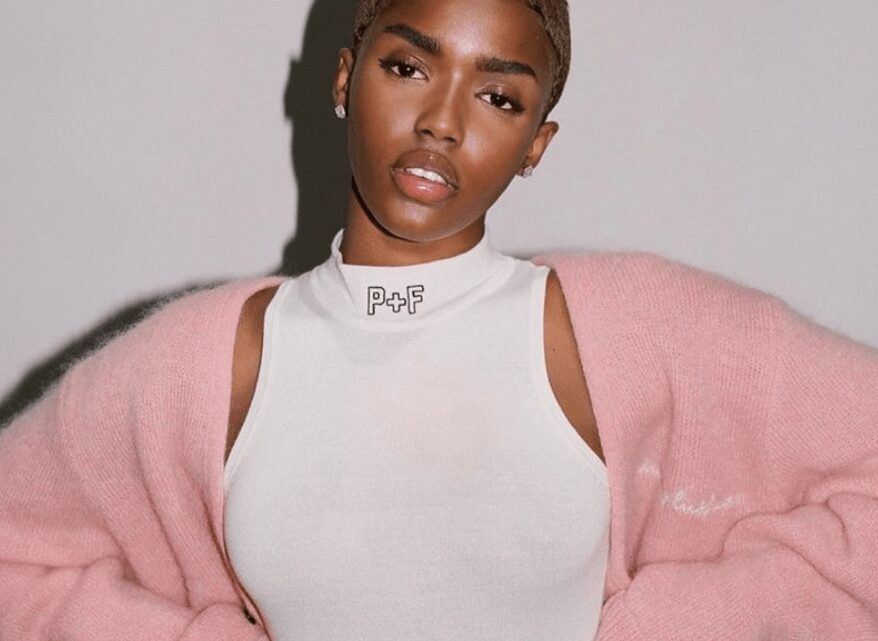 Though she is from Uganda, she resides in the United Kingdom and has worked with many top brands in the world.

She started modeling at the young age of thirteen and has grown into one of the biggest models in Europe.

She is currently signed to Storm Modelling Agency.

Eva was born to the Apio family on the 1st of July 2000. She is an African lady and hails from Uganda.

She was born in Kampala and spent her early years in the city before moving to London, United Kingdom as a teenager.

Raised by a single mom, Eva was taught the importance of hard work, discipline, and positive self-esteem from an early age. Her mother also trained her to be kind-hearted and generous to other people.

Her mother is Eva Mbabazi. She is also a model and worked with Viva Modelling Management in the past. The modeling agency is based in Berlin, Germany.

Eva is a very beautiful lady with melanin skin. Due to the uniqueness of her skin, modeling agencies in London had started offering her gigs from a young age.

Eva Apio studied at a top private school in Uganda for her elementary education.

She attended public schools in the UK for her middle and high school education. She graduated from high school in 2018.

She is currently an undergraduate in one of the top universities in the UK.

Eva Apio entered the world of modeling at the young age of 13. She walked different runways for some time before taking a pause so as to focus more on her studies. She returned back to the business at age, 16. This time around she got herself signed to Zone Models, a leading modeling agency in the UK.

Over the years, Eva Apio has experienced tremendous growth in her career. She has had the opportunity of working with some of the biggest brands in Europe. She is currently signed to Storm Modelling Agency based in the United States. While she is represented by The Squad Management, UK.

She is a popular figure on Instagram, giving her the avenue to work as a Brand Influencer. She has promoted the businesses of brands such as Depop Clothing Store, The Tia Taj Hair Saloon, Capelliamore, Lucero Glow, Harrods, and Fendi.

In December 2020, she appeared in Michael Dapaah‘s show, We Need To Talk.

Asides from modeling, she is also a humanitarian. She is the founder of the Eva Apio Foundation. The NGO is responsible for catering to the needs of youths in Uganda. They also promote healthy living and sports participation for young Ugandans.

She recently made the news on social media when she appeared in the Instagram Live video of Father DMW, a social media star. Father DMW is affiliated with the DMW family and 30BG. Father DMW revealed to the world that Eva is his crush.

Eva Apio has over 799k followers on Installing. Her Official Instagram handle is @evssofficial.

Eva Apio clocked 22 years old on the 1st Of July. She celebrated her birthday in a private manner at an expensive restaurant in London. The ceremony was attended by her mum and close friends.

She is currently dating American actor, Michael Rainey. The movie star is quite popular for his role in the drama series, Power. The two lovebirds have been in the relationship for some time now and there have been no indications that they plan to break up.

Eva Apio and her mother chose to keep a low-cut hairstyle in memory of her grandmother who died due to cancer.

She resides in an upscale apartment in London, United Kingdom.