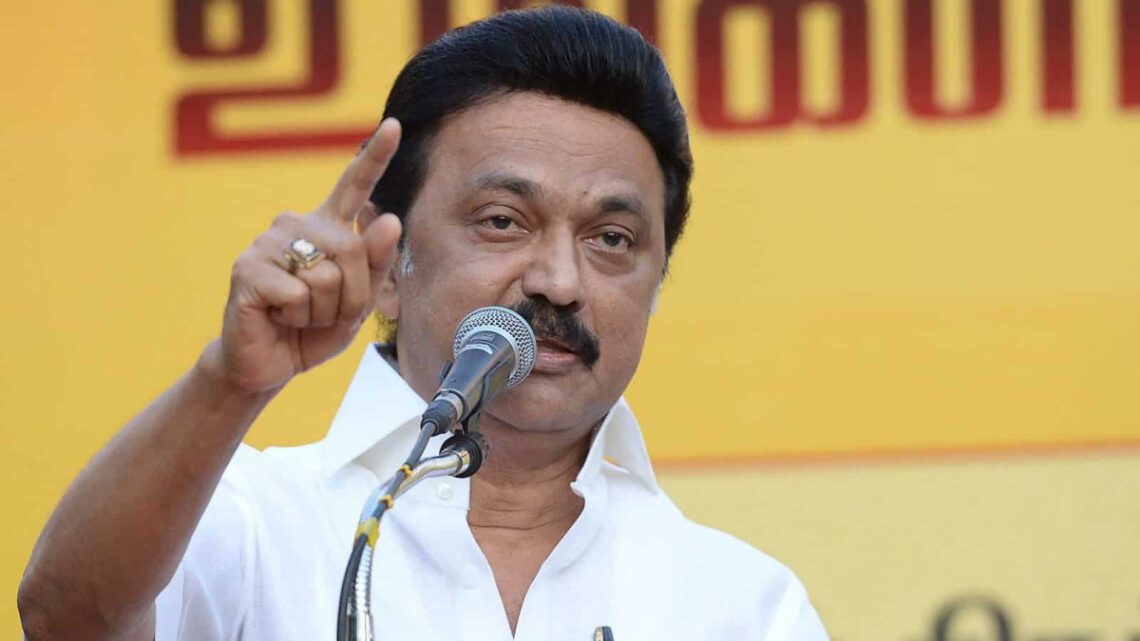 Muthuvel Karunanidhi Stalin (born 1 March 1953), often referred to by his alias MKS or M. K. Stalin, is an Indian politician serving as the 8th and current Chief Minister of Tamil Nadu.

MKS is an Indian-born politician that hails from Madras, known as Chennai. He has been the president of the Dravida Munnetra Kazhagam (DMK) party since 28 August 2018.

M. K. Stalin served as the 37th Mayor of Chennai from 1996 to 2002 and 1st Deputy Chief Minister of Tamil Nadu from 2009 to 2011. He was placed 30th on the list of India’s Most Powerful Personalities in 2019 by The Indian Express. Let’s sneak preview some interesting facts about his personal life and professional career.

M. K. Stalin is the third son of the 2nd Chief Minister of Tamil Nadu and DMK Chief M. Karunanidhi. His mother is called Dayalu Ammal. He was born and brought up in Madras, now known as Chennai, on March 1st, 1953.

His father, M. Karunanidhi, was addressing a condolence meeting for a Soviet leader named Joseph Stalin, who died just four days after M. K. Stalin‘s child was born. As a result, his father decided to name his son M. K. Stalin.

M. K. Stalin studied at the Madras (Chennai) Christian College Higher Secondary School. He completed a pre-university course at Vivekananda College and obtained a history degree from Presidency College, Chennai, of the University of Madras in 1973. He was conferred Honorary Doctorates by Anna University on August 1, 2009.

M. K. Stalin married Durga Stalin, also known as Shantha, on August 20, 1975, and their union is blessed with two children. His first son was named Udhayanidhi Stalin, and he is an actor and a politician.

Udhayanidhi Stalin, his first son, is married to Kiruthiga Udhayanidhi, an Indian Tamil Film director. His daughter is Senthamarai Sabareesan, an entrepreneur and educationist.

She is the director of Sunshine Schools, Chennai. Senthamarai Sabareesan is married to Sabareesan Vedamurthy, an entrepreneur and political strategist.

Like his father, M. K. Stalin has publicly disclosed that he is an atheist. But he also said that he is not against any religious beliefs. His grandchildren are Inbanithi and Tanmaya.

M. K. Stalin‘s political career began in his early teens when he started the DMK Gopalapuram Youth Wing in a tea shop with some of his friends. As a 14-year-old, he campaigned for his uncle, Murasoli Maran, in the 1967 elections.

In 1973, he was elected to the General Committee of the DMK. He came to the limelight when he was jailed in Central Prison, Madras (Chennai), under the Maintenance of Internal Security Act (MISA), for protesting against the Emergency in 1976.

M. K. Stalin was beaten up in custody, and a fellow DMK prisoner C. Chittibabu died of injuries and police torture while protecting him. He wrote his final year BA exams while in prison. He formed the DMK youth wing. In 1982, he became the youth wing secretary of DMK, a post he held for more than four decades.

In 2003, M. K. Stalin became Deputy General Secretary of the DMK. In 2011, he changed his constituency for the first time in his political career, moving from Thousand Lights to Kolathur constituency on the outskirts of Chennai city.

M. K. Stalin became the city’s first directly elected mayor in 1996. He coined a pet project called Singara Chennai (Beautiful Chennai) and was lauded for improving Chennai’s infrastructure. His efforts in improving city infrastructure earned him the title of Manager Thanthai (father of the city).

According to sources, M. K. Stalin has an estimated net worth of $300 million.