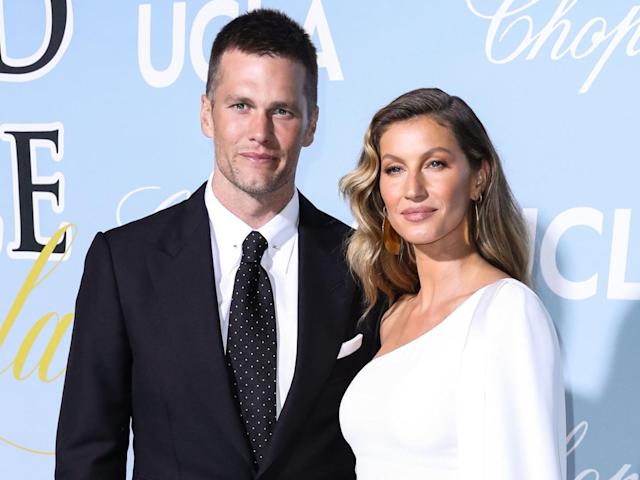 Gisele Caroline Bündchen (born July 20, 1980) is a Brazilian fashion model who is one of the highest-paid models in the world.

She is an influential figure in the entertainment and fashion space and has been listed as one of the Most Powerful Women In The World by Forbes.

Gisele Bündchen is also an entrepreneur, activist, and actor. She was the 16th richest woman in the entertainment industry in 2007.

The Brazilian model Gisele Bündchen was born on the 20th of July 1980 in Horizontina, the Rio Grande do Sul. Her birth was registered with the name Gisele Caroline Bündchen.

She was born in the household of Valdir Bündchen (father) and Vania Nonnenmacher (mother). Her father worked as a sociologist and writer while her mum was a bank clerk pensioner.

During her elementary and secondary school education, Gisele Bündchen was educated at top private schools in the Rio Grande do Sul.

She also underwent a modeling course as a teenager.

From 1999 to 2006, Gisele Bündchen was a model for Victoria’s Secret Angel. Vogue credited her for ending the heroin chic era of modeling in 1999. She is also credited for pioneering and popularising the horse walk movement in the model industry.

Since Gisele Bündchen joined the industry, she has appeared on over 1,200 magazine covers. At the 2005 Teen Choice Awards, she has nominated for Choice Movie Female Breakout Star and Choice Movie Villian categories. The nominations came due to her role in The Taxi movie, which was released in 2004. In 2006, she landed a supporting role in The Devil Wears Prada movie. She is the executive producer of the cartoon Gisele & the Green Team.

Gisele Bündchen has also appeared in the documentary series, Years Of Living. As a humanitarian, she is involved in Charity activities with organizations like Save the Children, Red Cross, and Doctors Without Borders. In 2009, she was made a Goodwill Ambassador for the United Nations Environment Program.

Gisele Bündchen was in a serious relationship with actor Leonardo DiCaprio from 2000 to 2005.

She began dating NFL football Tom Brady in December 2006. The couple exchanged vows on the 26th of February 2009. Their first child, a son named Benjamin Rein, was born in 2009. Their second child, a daughter named Vivian Lake Brady, was born in 2012. She is also the stepmother of Tom Brady‘s son from a previous relationship.

Gisele Bündchen and her husband are Roman Catholics. They reside in Tampa, Florida. In December 2020, they bought a new home in Indian Creek, Florida.

Gisele Bündchen‘s modeling career has helped her become one of the wealthiest persons in the world.

She has an estimated net worth of US$400 million to US$430 million.