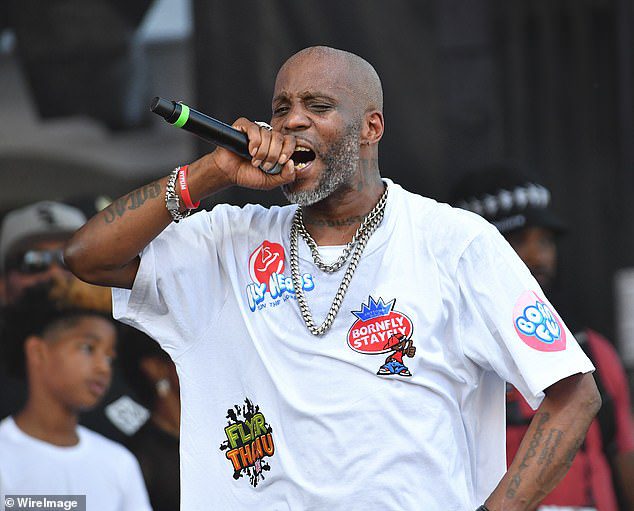 He was a rapper and actor and began his rapping career in the early ’90s. He is one of the most successful rappers in Hip Hop’s history. His best-selling album, …And Then There Was X, was released in 1999.

DMX has sold over 74 million records worldwide. Also, he holds the record for being the first artist to debut an album at No. 1 five times in a row on Billboard 200.

DMX was born on the 18th of December 1970 at a public hospital in Baltimore, Maryland. He was born to Arnetts Simmons (mother) and Joe Barker (father). At the time of his birth, his mother was 19 years old, while his father was 18 years old.

His father, Joe Barker, was absent during his childhood and the rest of his life. DMX took his mother’s surname, and she named him Earl Simmons. He has an elder sister named Bonita. She is older than him by two years. He also has a younger sister named Shayla.

DMX came from a Christian household and was raised as a Jehovah’s Witness. During his childhood, he had bronchial asthma. He and his family moved to Yonkers, in New York. The family took up residence in the School Projects.

He attended Yonkers Middle High School, where he participated actively in sporting activities. He was on track and field team. But he later dropped out of high school.

While in prison, DMX decided to give more attention to his interest in music and began composing rap lyrics in his free time. By the time he got released from prison, he was producing and selling his mixtapes. The mixtapes had been created from instrumentals of other artists.

In 1992, he secured his first win as an artist when he bagged a record deal with Columbia Records. He was signed to the publishing company’s subsidiary label, Ruffhouse Records. Shortly after, he released his debut single, Born Loser. Thereafter he dropped a second single, Make A Move, in 1994.

In 1998, DMX released his debut major-label single, Get At Me Dog. This came after he was signed to Def Jam Recordings. The song earned him a Gold RIAA Certification. In May 1998, he finally released his debut album, It’s Dark, and Hell is Hot. The album is home to the chart-topping hit song, Ruff Ryders Anthem.

DMX won the Top Album Of The Year at the 1999 Billboard Music Award. In 2000, he won Favourite Rap/Hip Hop Artist at the American Music Awards.

As an actor, DMX landed roles in movies such as Belly, Romeo Must Die, Exit Wounds, Cradle 2 the Grave, and Last Hour. He also appeared in a reality TV series titled DMX: The Soul Of A Man. The series was released in 2006 and aired on BET.

After months of working on his memoirs, DMX released the book E.A.R.L: The Autobiography Of DMX.

DMX fathered seventeen children with eleven women. He got married to his childhood sweetheart, Tashera Simmons, in 1999. The couple’s marriage lasted for eleven years before they separated.

During his marriage with Tashera Simmons, DMX had extramarital affairs, which led to other children’s birth. He has a daughter named Sasha Simmons (born in 2002) with Patricia Trejo. He also welcomed two children with his ex-girlfriend, Yadira Borrego.

DMX has a son with Monique Wayne. The child was born in 2004. In 2009, his daughter Sonoviah Junior was born. DMX has 15 children and some of his children are Praise Mary Ella Simmons, Xavier Simmons, Tacoma Simmons, Shawn Simmons, Exodus Simmons, Sonovah Junior, K’ydn Simmons, and Aidyn Simmons.

DMX passed away on the 9th of April 2021. His death had come after he experienced a heart attack on the 2nd of April 2021 and was rushed to White Plains Hospital. The heart attack was possible due to a drug overdose.

At the time of his death, DMX‘s net worth was estimated to be valued at US$10 million.