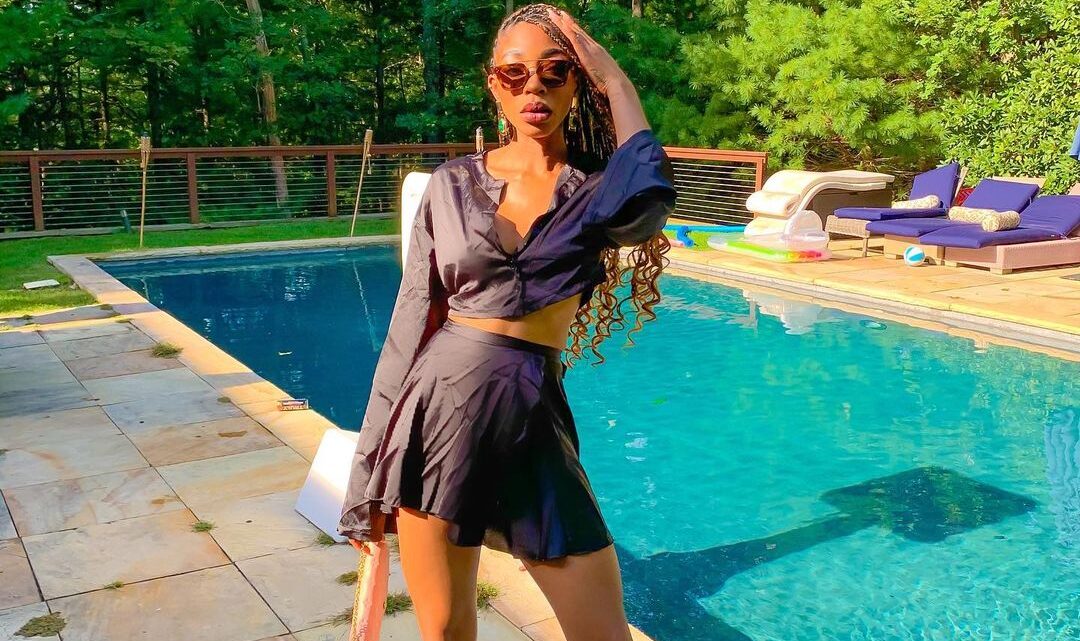 She came to the limelight because of her lead role on the M-Net hit TV series, Jacob’s Cross.

She has been featured in top publications such as South African Elle magazine, Glamour (SA) and modelled for many agencies and organizations across Africa.

Kendra Etunfunwa was born and raised in Nigeria, the most populous country in Africa.

She was single-handedly raised by her mother, who happened to be a businessperson and retired banker.

She grew up in Lagos State and had her primary and secondary education in Lagos before moving to Johannesburg, South Africa, in 2007.

And due to Kendra Etunfunwa‘s physique and model look, she was able to be recruited by a model agency, Boss Models (then Star Model Management).

Kendra Etunfunwa had her primary and secondary education in a private school in Lagos before studying physical and health education at Delta State University (Abraka Campus).

After she graduated from the school in Delta state, she went on to further her education by signing up for a two-year course in human resources at the London school of business located in Johannesburg, South Africa.

KKendra Etunfunwa is a model, and she finds her way to the entertainment industry through a modelling scene that she got featured in.

She has appeared in several TV commercials for many top South African-based and international brands. She did commercials for Clorts Gum, Knorr Cubes, Eclairs candy, Castle lite beer, and Cell C.

However, in 2010, Kendra Etunfunwa officially became a cast member of the Mzansi Magic, SABC2, among others broadcast drama series, Jacob’s Cross.

She appeared as the lead female Ify in the Discovery Network’s educational feature film, Inside Story.

She has also worked as an ambassador for The New York Times travel show and Iheart Radio Jingle ball concert.

The Nigeria born actress, Kendra Etunfunwa does not have a considerable follower’s rate when juxtaposing with other models and actresses in the industry.

There is nothing much to write about the beautiful model, Kendra Etunfunwa because she keeps away many of her affairs away from the public.

She is presently not in a relationship but a lover of fun, and she likes going to the beach and friendly hotels to have fun. She was rumoured to be dating a famous South African actor, but the rumour was later debunked as false.

Kendra Divine is currently based in South Africa, and she hardly comes to Nigeria, which means she is barely known in the Nigerian entertainment industry. The Nigerian-born model left South Africa for New York in 2010.

She hasn’t disclosed who her boyfriend or spouse to be is.

Kendra Divine‘s net worth is valued at between $20,000 – $50,000. This is estimated based on the amount Kendra Etunfunwa earns from different agencies that she models for