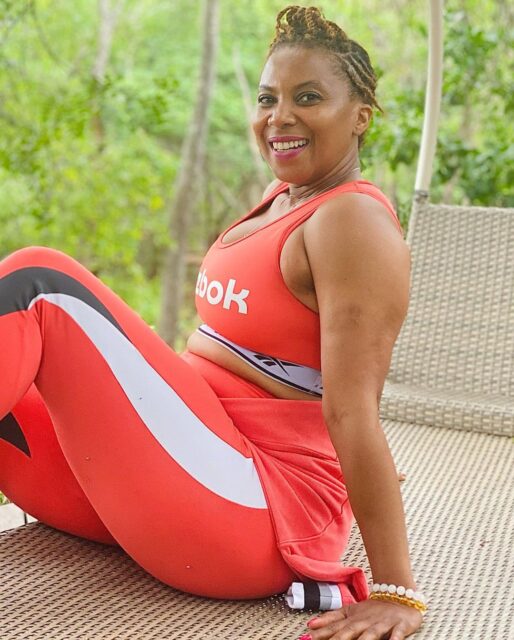 She is known by her alias, The Queen of Radio which was given to her by her fans.

She is a confident woman and was one of the first black female deejays in South Africa.

She is best known for having been a Dj at Metro Fm. Asides from her career as a deejay, she is also known for her appearance as a judge for the 2002 M-net’s competition Idols.

She was the host of the 8th Annual Metro FM Music Awards as in 2007.

Penny Lebyane was born on the 25th day of December in 1976. She has often joked that people tend to focus on Jesus’ birthday (Christmas) and neglect hers but she is happy to be birth-mates with Jesus Christ.

Her parents ensured she completed her basic education. She was a witness to Apartheid in South Africa.

She is an alumnus of the University of South Africa and obtained a National Diploma in Public Relations, Media/Communications.

Penny Lebyane is an experienced and well-respected radio disc jockey. She has over 15 years of experience in the South African radio industry.

She was one of the judges in the M-Net television show, Idols. She was also a guest judge in the first season of the competition show titled, The Search: E! Host South Africa.

Penny Lebyane is active on Social media platforms especially Instagram and Twitter. Her handle for both accounts is @pennylebyane and she has a large fanbase.

Penny Lebyane is currently single. She has two lovely children with her ex-boyfriend, Ali Naka. Her relationship with Ali Naka ended when they separated back in 2008.

Recently, she took her ex Ali Naka to court because he did not agree to sign travel documents for their two sons to spend some time with her during a vacation in Swaziland.

Penny Lebyane attended a psychiatric hospital to get help as she suffered from mental health problems. Her outspoken personality has caused her to clash with several South African stars

The multi-gifted South African personality, Penny Lebyane has accumulated an estimated net worth of $150,000-$500,000.