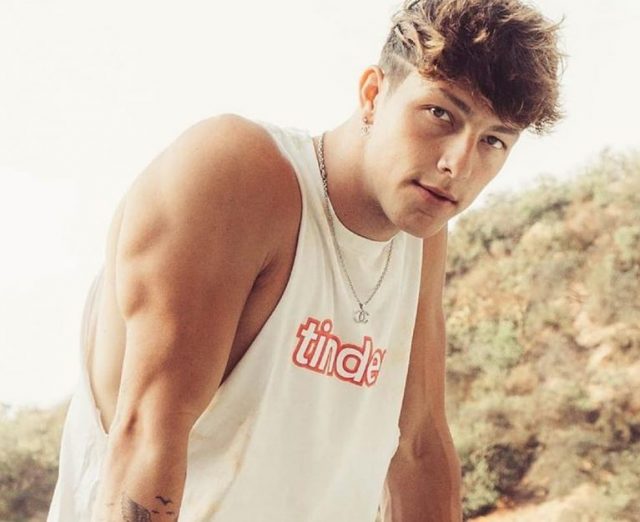 Tayler Holder (born August 19, 1997) is an American actor, singer, and social media personality who is known for his funny lip-sync videos on TikTok.

His global acceptance can be credited to social media especially TikTok.

He has been able to use social media platforms to exhibit his musical skills.

Born on August 19, 1997, Tayler Holder comes from Alvarado; a small town in the south of Texas.

Not very much is known about his upbringing. His parents are Monte Holder and Wendy Holder.

He has two siblings; an adopted sister and a brother.

Tayler Holder is the youngest in his family. When he was 18 years, he moved to Los Angeles to pursue his dreams.

After Tayler Holder moved to Los Angeles at 18 to pursue his dreams, he focused on his social media accounts. The social media actor showcased his first single in 2017 titled, Who I Am.

Since 2017, he has released a number of singles like Fallback and Even a Christmas single with Casey Baer.

Tayler Holder has grown his social media over the years. He has had millions of followers on the social media platform.

Tayler Holder later headed out to act, where he now stars as Luke in the online TV series, Dirt. He is the main character that deals with love, motocross, and addiction.

Tayler Holder being a tattoo freak has a number of tattoos on his body, includes an hourglass, some birds, roman numerals on his chest, and a matching tattoo that means “brotherhood” alongside his best friend.

His Love life and relationships have been more of a drama themselves. In 2019, he was dating Kaylyn Slevin, a cheerleader, model, and dancer in the NFL.

He shared his relationship in a video saying “IT’S OFFICIAL!” where he asked her to be his girlfriend in front of his mother. However, it didn’t last long as the couple called off the relationship in August of the same year because Kaylyn was busy. He said in a video that “With everything going on in her life right now, she’s just not ready for a relationship.”

Tayler Holder also admitted to having a romantic past with gymnast, Kelianne Stankus. But the gymnast said in an interview, that “We’re best friends and I’m gonna keep it at that. There’s history, but now, we’re literally just best friends.”

For some time now, Tayler Holder had been rumored to be dating TikTok star, Charli D’Amelio. The two posted content together frequently but nothing ever came of it.

At some point, Taylor was also dating fitness influencer, Sommer Ray, and the two relationships was short-lived.

His favorite color is blue and his favorite fast-food place is McDonald’s. His favorite hobbies include riding dirt bikes, playing sports, and hanging with friends.

The multi-gifted American seasoned personality, Tayler Holder has garnered an estimated net worth of about $2 Million.