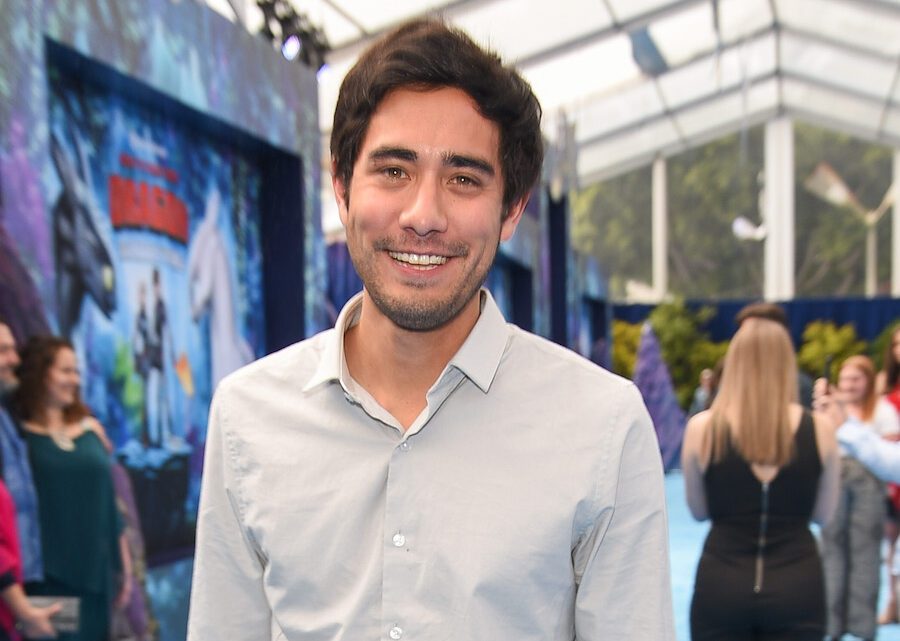 He became famous for his “magic vines videos,” which are usually digitally edited to appear as if he is doing magic. “

Zach King started uploading videos to YouTube as early as 2008 and later transitioned to Vine in 2013. He joined TikTok in 2016 and now has over 68.2 million followers, making him of the most popular users on Tiktok.

While his father worked in their home office, Zach King‘s mother homeschooled him and his three sisters, including one adoptive sister. He made his first film with a home video camera when he was seven years old.

After purchasing video equipment such as a Mac computer, cameras, and a tripod, Zach King started filming and editing videos when he was fourteen. In December 2012, he received his bachelor’s degree in Cinema and Media Arts from Biola University.

Zach King proposed to his girlfriend, Rachel King, while she attempting to film a video promo for one of her brands.

He married Rachel King in 2014. In 2016, they competed in ”The Amazing Race 28” and came in sixth place. Their union is blessed with two children: Liam Michael King and Mason King.

Afterward, as of 2017, they resided in Rossmoor, an unincorporated neighborhood in Orange County, California.

Zach King and his wife both have adopted siblings, which prompted her to work as an adoption and foster-care case manager. The couple has a biological and adopted son, as well as fostering several children.

According to Zach King, one of the “biggest things” that happened in his life was when he converted to Christianity when he was seven years old. He considers himself a fervent Christian and tries to read parts of the Bible every morning when he wakes up.

He is quite outspoken about his religion and even incorporates his religion into his videos. He also claimed to have converted some of his friends in the university to Christianity.

Zach King established his website, FinalCutKing.com, in 2008 after being unable to obtain instructions for the editing software Final Cut Pro on the internet.

Simultaneously, he began posting YouTube instructions for visual effects made using the Software. After building an audience for his website, he began selling training courses and used the proceeds to fund his schooling.

Zach King was a contestant on an episode of Syfy‘s Viral Video Showdown in 2012. In December 2019, he puzzled the internet with a video showing himself allegedly flying on a broomstick. The video was seen over 2.1 billion times on TikTok in just four days.

He developed a film called Jedi Kittens with a college classmate in 2011 and uploaded it to YouTube. Two cats were seen fighting with lightsabers in the footage. The video received over a million views in three days and over 18 million views in total.

Celebrated as one of the leading high-earning content creators and YouTubers, Zach King currently has an estimated net worth of US$6.5 million.